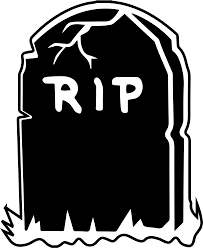 After viewing the supplement to the Press Democrat telling everyone how sustainable the wine makers are, it is time to hold a funeral for the word “sustainable” if this is what they are calling it. Let’s plan a full on New Orleans style funeral procession to bury this misused word for good. When 12 wineries control 70% of production, where are those small wineries located? According to the supplement, 80% are small farmers, seriously? No mention of the water use either. No mention that grapes were NOT watered before 1970 here. When you get paid by the tonnage, that water means profit.

When the General Plan EIR for Sonoma County was made, it predicted 239 facilities by 2020 and we have 439 now with 60 more in the pipeline, 92% of those in rural areas. With close to 2,000 agricultural lands paved for event parking, tasting rooms and expanded production who is protecting agriculture? By their own figures there are 1,171 organic acres and 240 biodynamic acres out of 58,280 bearing acres which means 2.4% of the acreage are not spraying toxic chemicals next to our schools and neighborhoods.

It’s time for a full EIR (environmental impact report) county wide to detail all the impacts of this industry. Real leadership requires facts and without such a report, no good land use decisions can be made.

On last night’s KOWS-FM radio program “A Better World IS Possible” the Winegrowers’ expensive propaganda was refuted by a wine industry member, a food farmer, an activist in Wine and Water Watch (www.winewaterwatch.org), and neighbors to the sprawling wine industry. As a recently retired college teacher, I would give this “Report” an F-. Most notable is not what is contends, but what it ignores.

If the wine industry could claim being sustainable, following are some of the things it would need to do:

1. Replant the many acres of redwoods, oaks, and other trees that it has cut, thus eliminating their beauty and capacity to store carbon.

2. Take down the fences around their precious grapevines, which destroy habitat for wildlife, which then perish.

3. Stop hoarding water needed by humans and other life forms.

According to a recent issue of “Made Local” by GoLocal, 96% of the veggies & fruit sold in Sonoma County are imported from outside the county. Food farming has been replaced by alcohol farming in Sonoma County, thus reducing our diversity and threatening our food security.

This market-driven screed contends that the winegrowers are “socially responsible in how they treat their employees, neighbors, and our community.” Yet even the pro-wine industry PD had to rank the growing backlash against the wine industry as one of the top ten stories of 2015. (More information at www.preserveruralsonomacounty.org).

These wine barons live in a bubble that will soon burst. Wine is a notorious boom-and-bust monocrop. The last bust was in 2008. The next one is likely to be soon.

Some small wineries reamain. However, the trend is toward further consolidation. For documentation of this claim, one could do a google search and find the booklet “The Myth of the Family Winery: Global Corporations Behind California Wine.”

Among those on the long “Sustainability Honor Roll” is Dairyman Vineyard, owned by Joe Wagner of the Napa Wagner family. Along with Paul Hobbs, also of Napa County, they are leading the Napafication of Sonoma County. The Wagners settled for $1 million dollars with Napa County for bottling 20 times more wine than they were permitted to do. The Watertrough Childrens Alliance (WCA) observed Paul Hobbs breaking environmental laws and turned him in. Faced with millions of dollars in fines, he settled for a mere $100,000 with Sonoma County. Break the rules and then pay a paltry fine.

For more documentation on these issues, attend a Jan. 28, Thur., 6 p.m. WCA/Sierra Club event on the dangers of the use of the weedkiller Roundup, which most winegrowers use. It will be moderated by Sebastopol Mayor Sarah Glade Gurney and include a dinner. Register at WCARoundUpEvent.BrownPaperTickets.com or just show up.