Glyphosate Found in 10 of 10 Wines Tested

All ten samples were found to contain glyphosate, the active ingredient in an herbicide sold as Roundup®, a chemical classified a “probable carcinogen” by the World Health Organization.

While this blog item was being written, the page containing the video and transcript from this segment of the broadcast was apparently removed from the ABC 7 News website. This may be a temporary issue. If the preceding link still doesn’t work when you try to access it, you may want to contact ABC 7 News and ask why the video and transcript of this important story were removed.

For a thoughtful perspective on how such attempts at censorship add to the controversy, read Lewis Perdue’s item in Wine Industry Insight:

If anyone does have an explanation for why this story was taken down at ABC 7, please leave us a comment. Please understand, WWW is an all-volunteer effort, so we will do our best to respond as soon as we can. Thanks. 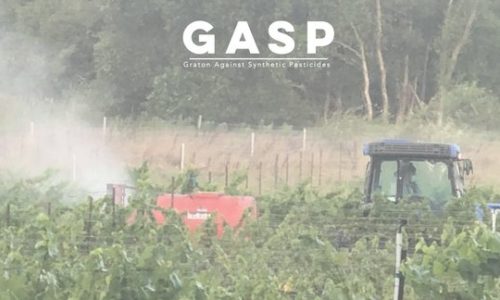