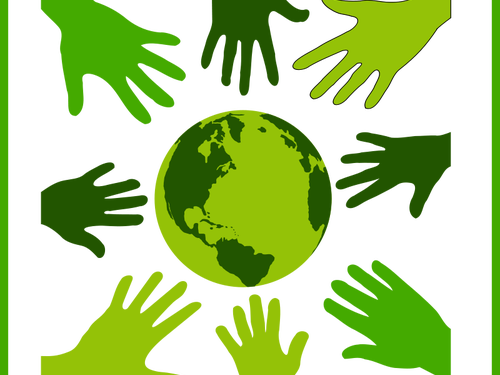 “Kozinski also asked how the young plaintiffs were suffering any more than other Americans from the effects of climate change.

Olson replied that not only do children suffer disproportionate harm now from environmental problems, but that they would continue to suffer in the future.”

A panel of federal appeals court judges on Monday expressed skepticism over the Trump administration’s request to halt a high-profile climate change lawsuit brought by 21 children, which had been scheduled to begin early next year.

An administration attorney asked the three-judge panel of the U.S. Court of Appeals for the 9th Circuit to effectively dismiss the lawsuit, claiming that the discovery requests in the case were “burdensome” and that litigating the case could distract the executive branch from carrying out “its constitutional duties.”

The landmark lawsuit, initially filed in 2015 against the Obama administration, argues that the government’s actions to bolster fossil fuel production amount to a violation of the young plaintiffs’ constitutional right to a clean environment. The goal of the lawsuit is to force the U.S. government to scale back its support for fossil fuel extraction and production and to back policies aimed at reducing greenhouse gas emissions.

Climate activists have viewed the case as a unique and potentially effective means to force policymakers in Washington to act, even as President Trump and top administration officials have questioned the science underpinning climate change and have rolled back many measures that President Barack Obama put in place to try to reduce greenhouse gas emissions.

In the past two years, the case has survived several legal challenges, and a judge this summer set a trial date for February 2018. But weeks later, a federal appeals court temporarily halted the proceedings after the administration filed a petition seeking a rare legal procedure known as a writ of mandamus. It called for the 9th Circuit to reconsider a decision made by a federal judge last year to allow the climate lawsuit to move to trial.

On Monday, Chief Judge Sidney Thomas and Judge Marsha Berzon appeared skeptical about the government’s request to halt the case at this juncture and undermine the lower court’s decision, saying it would be an unprecedented and potentially unwarranted decision.

“If we set precedent on this kind of case, there is no logical boundary to it,” Thomas told administration attorney Eric Grant, arguing that countless other defendants would seek similar relief.

Although Grant acknowledged that the government was calling for a “drastic and extraordinary remedy,” he insisted that it was necessary given the broad claims being made by the plaintiffs and the burdens it would create, such as filling requests for government data going back decades and making numerous public officials available for depositions.

“This court is on a collision course with the executive branch,” he said, arguing that the judges “should grant this writ and put an end to this case.”

Judge Alex Kozinski, meanwhile, challenged the attorney for the 21 youths behind the case, questioning whether they had adequate legal standing to bring such a complaint. He also raised the question of what would happen if the courts ordered the government to tackle climate change but the White House arrived at scientific conclusions or policy prescriptions at odds with the judges. (Kozinski was accused last week of sexual misconduct.)

“Hopefully not President Trump’s,” replied Julia Olson, the attorney for the youths and executive director of Our Children’s Trust.

Kozinski also asked how the young plaintiffs were suffering any more than other Americans from the effects of climate change.

Olson replied that not only do children suffer disproportionate harm now from environmental problems, but that they would continue to suffer in the future.

“They will live far longer than you,” she told Kozinski, noting projections about the consequences of rising sea levels in coming decades. “The significance of the harm, the monumental threat these injuries pose to the plaintiffs, is very distinguishable from the rest of the country.”

Ultimately, Olson said, it was up to the courts to act as an “impenetrable bulwark” against abuses of power by the government.

Grant, meanwhile, implored the judges to stop the lawsuit from going any further.

“This case is not like the run-of-the-mill case,” he said. “If allowed to go forward, it will offend the separation of powers, particularly where there is no merit to the plaintiffs’ claims.”

A landmark climate lawsuit against Trump is scheduled for trial next year. Here’s what to expect.

On climate change, Scott Pruitt causes an uproar — and contradicts the EPA’s own website