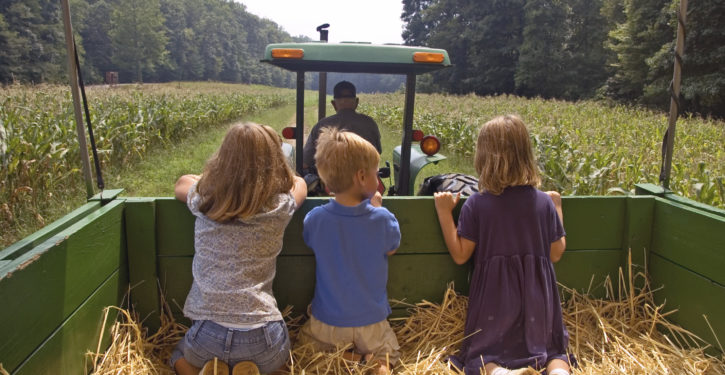 Washington, DC, April 18, 2018 – Today, the House Agriculture Committee passed (26-20) its version of the 2018 Farm Bill – the Agriculture and Nutrition Act of 2018 (H.R. 2) – along strict party lines. All Committee Republicans voted to support the bill, and all Democrats voted to oppose. In response, the National Sustainable Agriculture Coalition (NSAC) issued the following comment:

The bill passed by the House Agriculture Committee today undermines decades of work by farmers and advocates to advance sustainable agriculture and food systems in the U.S. H.R. 2 eliminates critical conservation, local food, business development, and organic agriculture programs that play key roles in keeping the American farm economy strong. These changes will severely limit opportunities for farmers and ranchers who want to implement conservation systems or diversify their operations in order to tap into new markets. The bill also jettisons over 30 years of precedent on commodity subsidy payment limits and fiscal accountability measures. These changes will allow for unlimited farm subsidies for the nation’s largest mega-farms and lead to accelerated land and farm consolidation. Additionally, the bill fails to invest what is truly needed to help the next generation of farmers and ranchers, and places no limits at all on crop insurance subsidies for the wealthiest operations.

Throughout the remainder of this process, NSAC remains committed to working with members of Congress in both chambers to pass a 2018 Farm Bill that all Americans can be proud of.

1. Helps the big get bigger and rich get richer

Over the last three decades, American agriculture has become increasingly consolidated. As of 2015, a majority of our food (51 percent) came from farms with over $1 million in annual sales – up 20 percent since 1991. Federal policy has historically contributed to this consolidation – as well as to the homogeneity and inequity caused by consolidation – by directing disproportionate resources toward the largest and wealthiest agribusiness operations. Sadly, the House Agriculture Committee’s draft farm bill chooses to expand access to unlimited subsidies for mega-farms instead of acting as a champion for America’s small-medium scale, beginning, and socially disadvantaged farmers and ranchers.

The bill includes a litany of bonuses for mega-farms, but perhaps the most egregious is the attempt to throw out a 30-year old rule preventing corporations from receiving unlimited commodity payments. Lucrative loopholes in the bill for the largest, wealthiest agribusiness operations would allow:

Healthy soil, clean water, fresh air, and thriving wildlife habitats – these are just some of the many benefits of the farm bill’s voluntary conservation programs. Farmers and ranchers know that conservation practices directly contribute to the long-term sustainability and profitability of their operations, and financial and technical assistance from the U.S. Department of Agriculture (USDA) can help them put those practices into action. Voluntary conservation programs like the Conservation Stewardship Program (CSP) and Environmental Quality Incentives Program (EQIP) are incredibly popular because they provide producers with the tools and resources they need to be effective stewards.

Despite the fact that CSP and EQIP are so popular, they regularly have to turn away half of qualified applicants due to lack of funds. Instead of increasing support for these crucial programs, however, the House bill cuts the farm bill conservation title by nearly $1 billion and cuts funding for working lands conservation programs by nearly $5 billion over 10 years. The bill also:

The nutrition provisions of the House farm bill would, if enacted, increase food insecurity and hardship for more than 1 million low-income households (over 2 million people). These individuals and families would lose in part or in whole the benefits provided by the Supplemental Nutrition Assistance Program (SNAP).

The House Committee’s bill includes provisions for new requirements and restrictions that are untested, costly, and devastating for low-income families. Not only will these provisions throw millions of Americans into food insecurity, they will also take dollars from the pockets of the local farmers who rely on sales from SNAP customers at farmers markets and other direct market venues. According to the Farmers Market Coalition, each year SNAP participants spend more than $19.4 million at farmers markets; that’s a very significant part of the local food and farm economy that would be harmed by the provisions of this bill.

The steady growth of consumer interest in local and regional foods has helped to swiftly transform the “farm to fork” food system from niche industry into a serious economic driver. According to USDA’s National Agricultural Statistics Service, more than 167,000 U.S. farms sold locally produced food through direct marketing practices (e.g., farmers markets) in 2015, resulting in $8.7 billion in revenue. Sales approaching $10 billion is certainly impressive, but it is only a fraction of what could be achieved if Congress chose to support this growth through the 2018 Farm Bill.

The House bill, instead, would torpedo the progress that has been made in helping farmers connect to new and fast-growing markets for local and regional food, value-added products, and organic agriculture, by:

Small and very small business owners across rural America depend on tools and resources from USDA’s rural development programs to start and sustain their operations. In addition to eliminating the programs mentioned in the previous section – which would not just hurt consumers, but also seriously undermine farmers’ opportunities for profit and success – the House version of the farm bill would also harm rural economic development and job growth by:

With the average age of the American farmer approaching 60 years and increasing numbers of producers retiring without succession plans for their land or operations in place, we are on the verge of a nationwide farmer shortage if measures are not taken to help onboard the next generation of American producers. The House bill makes a few steps in the right direction on beginning farmer and rancher issues, but still falls far short of what is needed. The bill:

7. No closer to equity for farmers of color

Farmers of color have historically experienced widespread discrimination and gaps in access, both within the agriculture industry generally, and in terms of accessing USDA programs and resources specifically. In order to correct some of these historical inequities and attempt to level the playing field for all farmers, Congress created the Outreach and Technical Assistance to Socially Disadvantaged and Veteran Farmers (Section 2501) program in the 1990 Farm Bill. For over 20 years, Section 2501 has served as the only farm bill program dedicated to addressing the specific needs of minority farmers, and in the 2014 Farm Bill it was expanded to also serve military veterans.

Even though the mission of Section 2501 was expanded in the last farm bill – and the need for the program is stronger than ever – funds for the program were also cut in half in the very same bill. Sadly, the House bill does nothing to increase funding for the program, and actually expands the program’s mission even further by adding a new programmatic priority.

Farmers, like most other professions, rely on research to develop best practices and grow sustainable businesses. Though the terms “agricultural research” and “seed breeding” can sometimes conjure science fiction-esque images, there is nothing more natural and traditional than farmers developing and testing seeds that are well suited to a particular climate and growing style. Where once America’s public research and seed breeding programs were robust, however, today we are quickly falling behind countries like China when it comes to our investment in agricultural research. Without public seed breeding and research programs, family farmers are forced to rely on expensive, private options that may not have sustainability and regional-adaptability on their priorities list.

The House farm bill fails to provide farmers and researchers with the tools and resources necessary to bring our nation’s public breeding and research into the 21st century by:

9. No Risk Management Improvements for Farmers

Combined with commodity subsidy programs, the federal crop insurance program makes up a significant portion of the federal farm bill – for instance, in fiscal year 2018 these two are projected to make up roughly 75 percent ($17 billion) of the farm program portion of the bill. While the price tag is hefty, the benefits are also significant – when the program works as intended, it provides a crucial safety net for America’s farmers. Unfortunately, however, the federal crop insurance program is far from efficient or fair. The program spends billions of taxpayer dollars each year, yet persistently fails to address the needs of many producers (e.g., beginning farmers, diversified and organic farmers, smaller-scale farm operations), while also allowing other producers (e.g., the largest and wealthiest commodity crop businesses) to leverage their crop insurance subsidies as a way to grow bigger and gobble up scarce farmland.

While the House’s farm bill does include an important improvement extending crop insurance discounts for a subset of beginning farmers, it largely fails to increase program access, equity, environmental improvement, and accountability. The bill:

In 2010, Congress passed legislation that would become the first real overhaul of our federal food safety policies since 1938: the Food Safety Modernization Act (FSMA). FSMA gave the Food and Drug Administration broad new powers to prevent food safety problems, detect and respond to food safety issues, and improve the safety of imported foods. In 2016, FDA finalized a series of complex rules based on FSMA and governing food safety across farms and other food producing operations.

With so many farmers and food processors struggling to understand and comply with both the FSMA rules and increasingly common food safety requirements from private buyers, we had hoped to see a House draft farm bill that would prioritize food safety training, outreach, and assistance. Instead, however, the bill: 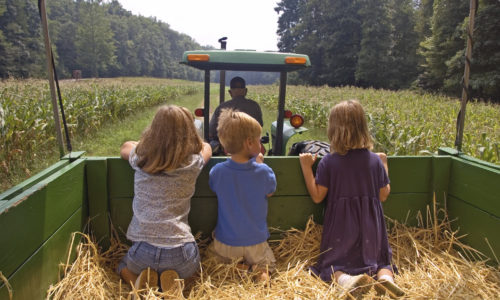 Zombie farm bill is back….. 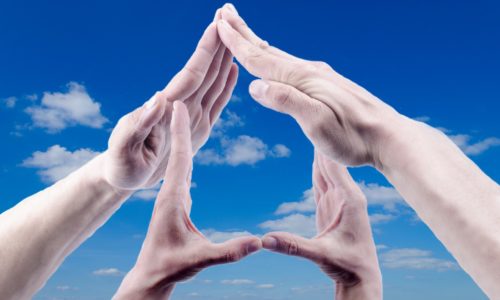