Beyond Pesticides: Local Democracy Wins Again as Pesticide Preemption Bill is Voted Down in Maine

“While LePage may be on his way out, there is no indication that ALEC or the pesticide industry will stop attempts to institute state preemption in Maine, or any other state. The industry has attacked local laws in both Maryland and Hawaii, with an unfortunate degree of success. “ 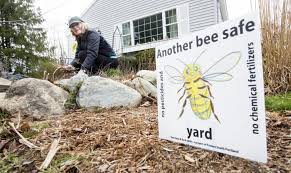 An industry-backed attempt to enact pesticide preemption in the state of Maine is officially over after bill LD 1853 was voted down by a 9-2 margin earlier this week.  The bill, introduced by state Senator Tom Saviello (R-Wilton), resembled a similar bill that failed in the same legislative committee last spring. With an ever increasing number of communities in Maine stepping up to protect their residents and unique local environment from pesticide contamination, the repeated introduction of preemption legislation means that health advocates and forward-thinking communities must continue to remain vigilant, and ready to fight to maintain their right to home rule.

LD 1853 would have taken away the rights of Maine municipalities to enact policies which wholly apply to private property. “I thought if there was a bill that would come back before us again it would be different,” said state Representative Richard Pickett (R-Dixfield) to the Portland Press Herald. “But we virtually had almost a duplicate bill and that troubled me.”

While last year’s failed legislation was modeled almost word for word from the notorious industry lobby group the American Legislative Exchange Council (ALEC), the changes in the new bill were superficial, and the intent remained the same. LD 1853 exempted licensed applicators in the state from municipal pesticide regulations. The impact of such a policy would stop an ordinance like the one recently passed in Portland, ME from applying to lawn care services like TruGreen, which use toxic pesticides on a regular basis as part of their business plan.

As reported by the Portland Press Herald, each iteration of this legislation has been promoted primarily by the state’s Governor, Paul LePage (R). In 2017, after the original ALEC-model bill failed, the Governor tried to insert preemption language as part of state budget negotiations. Governor LePage, who has a 53% disapproval rating, the 8th highest in the nation, is term limited and cannot seek reelection later this year.

While LePage may be on his way out, there is no indication that ALEC or the pesticide industry will stop attempts to institute state preemption in Maine, or any other state. The industry has attacked local laws in both Maryland and Hawaii, with an unfortunate degree of success. In both cases, despite no explicit preemption language codified into law in either state, industry argued that there is “implicit” preemption, whereby the state “occupies the field” when it comes to pesticide regulation. While options to appeal were limited in Hawaii, lawmakers in Montgomery County, Maryland, which passed a landmark ban on public and private cosmetic pesticide use, decided to appeal a Circuit Court ruling that overturned aspects of the ban that applied to private property.

The fact remains that, as ruled in the 1991 Supreme Court case Wisconsin Public Intervenor v. Mortier, FIFRA sets a floor, not a ceiling, which states and local communities can build additional laws upon in order to protect their unique local environment or their residents’ health. The court however also ruled that, while the federal government could not impose pesticide preemption, states would maintain the ability to do so.  Thus, ALEC and the pesticide industry went state-by-state, working to pass preemption legislation throughout the 1990s, fearing the type of legislation passed by Maine local governments like Portland, South Portland, and Ogunquit.

Some communities, such as Oregon’s Lincoln County, have bucked state preemption laws despite the likelihood of a lawsuit. Late last year, a citizen-led ballot initiative banning aerial spraying passed by 61 votes. It was quickly followed by a lawsuit led by a local farmer who uses aerial pesticide sprays. Another locality, Fairfax, CA, passed a private property pesticide neighbor notification requirement in the early 2000s, and has kept the requirement in its Town code despite warning letters from the state. Last year, the communities of Oak Park and Evanston, IL both passed resolutions requesting the state of Illinois overturn pesticide preemption laws.

As the over a dozen localities in Maine that have pesticide ordinances that apply to private property show, when the state provides the opportunity, there is strong demand for local pesticide reform.

Tell us you’re ready to fight against the pesticide industry, and for a pesticide-free community by signing the pledge today. And for more information on why pesticide preemption is a threat to our local democratic process, see Beyond Pesticides’ State Preemption Law fact sheet. 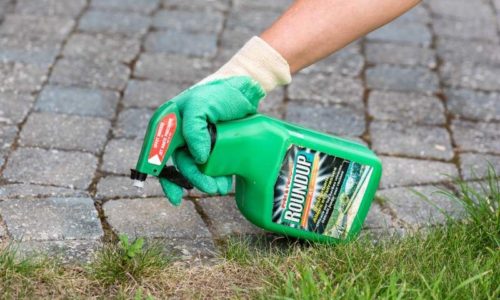