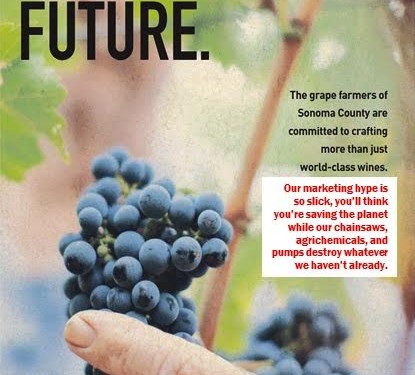 It’s all about the politics: Napa and Sonoma farming groups look to raise the volume on their political voices

No on Measure C people, were sued for brazen lying, lost and still continued to scare the good people of Napa to vote no against their own and children’s interests for a healthy community.

The Farm Bureau as reported here,  has also been lobbying Washington for repeal of child labor laws and repealing pesticide application regulations to let minors spray.

Promotion to CEO of the man who fronted Napa County Farm Bureau’s successful defeat of a June ballot initiative some viewed as a referendum on wine industry growth is part of its shift into more policy and political activism, particularly as three county supervisors face reelection in March 2020.

“Ryan really sort of established himself as the face of farm bureau. A lot of people were going to him for information, businesses and the media,” said Peter Nissen, the farm bureau’s treasurer and a past president of the 700-member organization on the elevation of Ryan Klobas. “He was the most quoted individual in the ‘No on C’ side.”

Measure C would have established new restrictions on vineyard development. Cast by proponents as protecting oak trees and the watershed, it was painted as a poorly written initiative and a threat to the county’s vast wine industry by opponents.

“Now I have much more latitude to create opportunities for the organization structurally,” Klobas said of the new post, announced in August. “A political and public policy focus will make us stronger in the election.”

A big part of the new focus, said Eric Pooler, the organization’s vice president, is now on lawmakers.

“We will continue to guard farmers against the threat of flawed legislation compromising the future of our industry,” he said.

Though that March 2020 election might seem far away, Klobas said, the farm bureau’s fiscal year ends October, which means its strategy needs to be worked out sooner, rather than later – next October will be too late. That’s one of the lessons he and the farm bureau learned from the bruising Measure C campaign.

“That was a tough fight but we were successful with it,” said Klobas. “We wanted to build off that success.”

Supervisors Ryan Gregory, Alfredo Pedroza and Belia Ramos face the voters in 2020. Klobas maintains that the Board of Supervisors is and always has been the proper place to debate and work out complex environmental and land use issues anyway, rather than the unwieldy and rowdy method of direct democracy.

“We still remain willing to work with the proponents (of Measure C) to address the issues raised during the campaign,” he said. “We think the best way to do that is at the Board of Supervisors.”

Though the farm bureau does a lot of different things, from farm worker safety education to member networking, now more than ever, its primary focus is on policy and politics,

“When the board of directors decided to reorganize the farm bureau, their focus was on turning the farm bureau into the premier public policy organization in Napa Valley,” he said.

The board saw Klobas, hired as policy director in September 2017, as the man to lead the farm bureau towards that goal.

As soon as he was hired, Klobas threw himself entirely into the fight against Measure C, said Nissen, the farm bureau’s treasurer and a past president of the 700-member organization.

“We hired Ryan less than a year ago as our political director,” said Nissen, who’s been at the farm bureau since the late 1990s. “He’s been very successful in reestablishing our presence in Napa County, at the county and city and staff levels as well as with other trade associations we work with. He re-energized our position.” 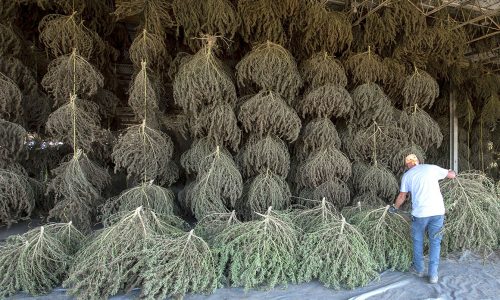