Wine industry, your days of using glyphosate are numbered. We are tired of our environment and neighborhoods getting poisoned for your profits.

Greenfield city council voted to ban the city use of Round-up during Tuesday’s night council meeting.

Council voted unanimously 5-0 to stop the use of the popular weed killer and replace it with more “green” alternatives. The city has not decided what those alternatives will be yet.

“The council approved to ban, as a response to a staff request, to voluntarily ban the use of roundup. Which is something we’ve used for weed control for many years in the city,” interim public works director Tony Nisich said. 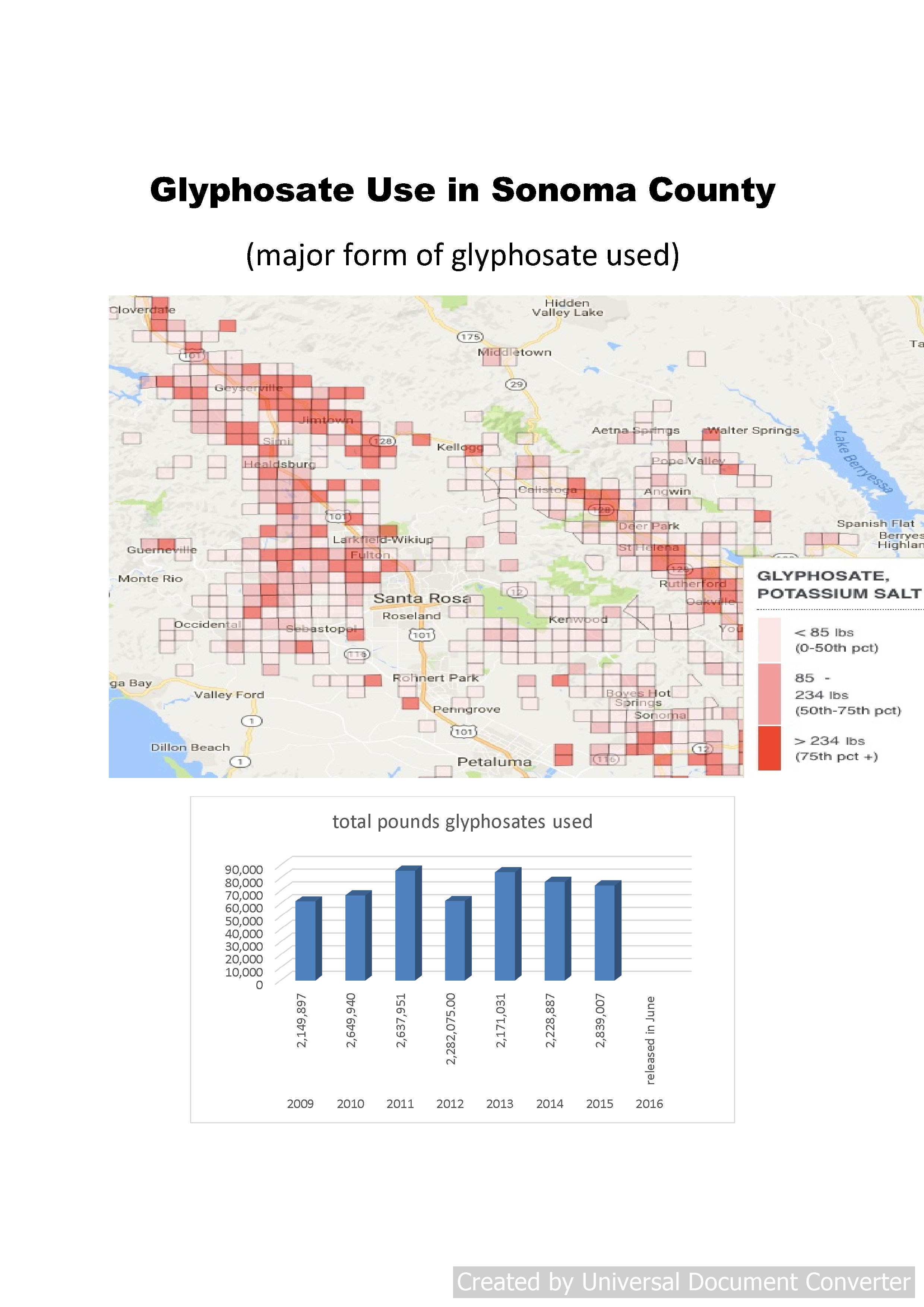 Figures and map of concentrations from California Department of Pesticide Regulations. According to the state’s data in 2016, 76,900 pounds of concentrated glyphosate were used just in vineyards.

The decision comes just a day before a U.S. jury awarded more than $80 million in damages to a California man who blamed Roundup for his cancer, it’s a case that his attorneys say could help determine the fate of hundreds of similar lawsuits.

Monsanto says studies have established that glyphosate, the active ingredient in its widely used weed killer, is safe. The company said it will appeal the decision.

Greenfield Councilmember Yanely Martinez says the ban of Roundup is hopefully just the first step towards a ban of all inorganic pesticide use.

She also said the city is working toward implementing a pest management program that would educate the people of Greenfield and encourage them towards more green pesticide alternatives.

The Associated Press contributed to this story