“Proposal still a go.  In the meantime, organizers still plan to present their proposal Sunday afternoon to a joint meeting of the Bodega Bay Collaborative and the newly formed Sonoma Coast Municipal Advisory Council at the Bodega Bay Grange Hall, a session that has been expected to draw a standing-room-only crowd.”

Organizers of a hotly debated half-marathon on the Sonoma Coast are withdrawing their bid to launch the race this fall because of a series of regulatory hurdles that they said make it impossible to move forward fast enough to stage the event in September, as originally proposed.

They are still holding onto hope they can reach agreement with governing authorities and a restive public for a future event that would treat participants to the spectacular vistas of the Sonoma coastline, race manager Lacie Flannery said.

But for now, online registration for the Sept. 29 half-marathon is being shut down and refunds issued amid frustration over what Flannery contended were poorly communicated demands by county government for permits. She claimed such demands have not been equally applied to other events like the Levi’s GranFondo bike ride that utilize Highway 1.

“I have experience across the country, and I’ve never experienced anything like this,” said Flannery, managing partner of Napa-based Blistering Pace Race Management, which works with marathons in New York, Chicago and San Francisco, among others.

“It’s tough because we really wanted to be part of something special in our backyard, and as a female-owned production company we were super excited to bring this here. But to spend months and there’s no road map for how to get there, and we’re no closer than we were in February, it’s unfortunate.”

The move comes as marathon representatives, led by former Sonoma County Supervisor Efren Carrillo, confronted several setbacks, including confirmation that they’ll be required to pursue a time-consuming coastal development permit from the county, in addition to various

A spring day affords premier views from Highway 1 near Coleman Valley Road for motorists and bicyclists alike Friday north of Bodega Bay. Organizers for a planned half-marathon along the Sonoma Coast have shut down the race, citing regulatory issues with the county. KENT PORTER / THE PRESS DEMOCRAT

the state and the county, before they can proceed with the first race.

It appeared initially they needed only to apply for over-the-counter permits that might be more quickly acquired. A coastal development permit is more complicated and includes a public hearing process as well as the potential for appeals to higher bodies. It also is possible they could need a second permit for certain elements of the race from the California Coastal Commission, though that has not yet been determined, officials said.

Sonoma County planning director Tennis Wick was first to suggest organizers consider postponing the event “given the complications of holding the race in such a sensitive setting, and given the short timeline,” according to a letter he wrote to Carrillo and business partner Tina Wallis, a Santa Rosa attorney. They are principals in the company founded in June last year to stage the marathon.

Wick also said the proposed half-marathon is sufficiently different from other coast events that distinct permitting requirements are warranted.

After an initially favorable reception, marathon partners also have been informed they will not be allowed to start the race at the Jenner Headlands Preserve as proposed, due to concerns about environmental sensitivity, according to Brook Edwards, regional director for the Wildlands Conservancy, which owns the land.

The Sonoma Coast Marathon additionally is being refused permission to use the parking lot at the Westside Regional Park Boat Ramp for the finish because of likely conflicts with boaters using the launch there while the Doran Beach boat ramp is under reconstruction this fall, Regional Parks Director Bert Whitaker said.

Flannery said her group is looking at an area of state park land across Westshore Road from the county park for the finish line. State Parks’ Sonoma Mendocino Coast District Superintendent Terry Bertels said they can apply.

But the entirety of what’s ahead makes it infeasible to try to hold a race this fall, Flannery said.

“We are trying our best to accommodate all parties, so if there’s not support for this event, then obviously we’re going to have to look in another direction for this event that might support health and wellness,” she said.

In the meantime, organizers still plan to present their proposal Sunday afternoon to a joint meeting of the Bodega Bay Collaborative and the newly formed Sonoma Coast Municipal Advisory Council at the Bodega Bay Grange Hall, a session that has been expected to draw a standing-room-only crowd.

Carrillo, who has declined to comment on various developments this week, said only that he would attend the meeting.

Originally proposed as a full marathon from Fort Ross to Bodega Bay as well as a shorter run slightly longer than a regulation half, the new foot race has met with resistance since it was first made public in early February.

A primary objection had to do with the closure of Highway 1 for several hours the day of the race to accommodate up to 4,000 runners in one lane and a separate lane for emergency vehicles.

Organizers later agreed to use the spare lane for convoys in each direction to facilitate travel through the area.

They also agreed for the inaugural year to host a half-marathon between Jenner and Bodega Bay, and a 5K run on Westshore Road at Bodega Harbor instead of a full marathon as a way to let the public see how smoothly the event could be run.

But the idea continued to generate controversy among coastal residents and business owners, many of whom objected to the highway closure and the degree to which it would restrict travel around the coast during a traditionally busy Sunday at the end of high season. The proposed closure in the final plan was from 5:30 a.m. to 8:30 a.m. in the town of Jenner and from 7:30 a.m. to 11 a.m. from Highway 116 to Bodega B ay.

Others fretted about the impact of so many people and their trash on a sensitive environment, one week after Coastal Cleanup Day, an annual event that draws hundreds of people to the North Coast each year to scrape away the garbage before winter rains set in.

Flannery said Blistering Pace, which manages the race for the Big Sur International Marathon, also on Highway 1, said it’s not accurate to suggest her organization would permit litter to be left behind.

“That’s not our record or our reputation,” she said. “I mean, we work with the Big Sur. It’s one of the most prestigious marathons in the world. We would never leave the coast in disarray. We’re going to leave it better than we found it, and that’s what we’ve always done for every event we’ve ever worked for 15 years. And we take pride in that.”

Critics of the race may be hard to win over, with many in the community stinging that they were not directly consulted on the race course or date before its public unveiling.

“It just forced us into a place of reaction instead of being taken into consideration at all,” said Lira Filippini, president of the Bodega Bay Chamber of Commerce. You can reach Staff Writer Mary Callahan at 707-5215249 or mary.callahan@pressdemocrat.com. On Twitter @MaryCallahanB.

Janus Matthes
Letters to the editor
If You Cannot Trust Saudis With Bone Saw, Says US Lawmaker, ‘You Should Not Trust Them With Nuclear Weapons’ 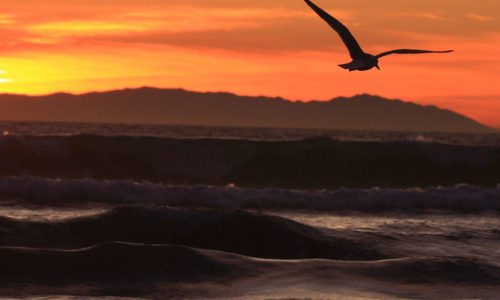 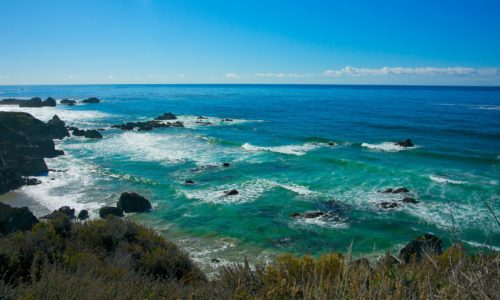