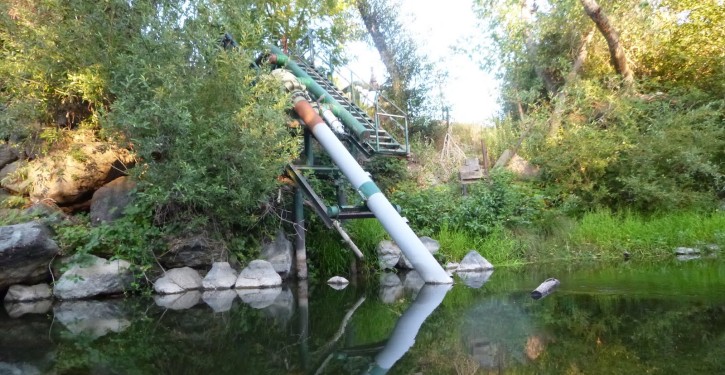 Without Eel River water, the Russian River would extremely low in summer.

Water users try to adopt ‘orphaned’ PG&E project
By Christina Souza, AgAlert, 4/17/19
Permission for use is granted, however, credit must be made to the California Farm Bureau Federation when reprinting this item.

While standing on the bank of the Russian River near Geyserville, Sonoma County farmers Harry Black and Al Cadd discuss the potential of being without water for irrigation due to a decision by Pacific Gas and Electric Co. to withdraw its application to the Federal Energy Regulatory Commission to relicense the Potter Valley Project. With environmentalists encouraging removal of dams, water users are seeking local control of the now “orphaned” project, while working with others to balance the needs of the fishery and water-supply reliability.
Photo/Christine Souza

Water is supplied to the district through the east branch of the Russian River, which leads to Lake Mendocino. Water released from Lake Mendocino into the Russian River supports municipal, environmental, agricultural and industrial needs in Mendocino, Sonoma and northern Marin counties. In addition, water that fills Lake Pillsbury benefits aquatic habitat in the Eel River and Lake County in the form of recreation, tourism, fire suppression and habitat.

The lack of interest by PG&E to relicense the project, plus calls by environmental groups to remove the Scott Dam and Lake Pillsbury to return natural flows for fish, cause concern for local water users who have relied on water from the project for generations.

Al Cadd of Sonoma County, whose family farms winegrapes in Geyserville, said he benefits from Potter Valley Project water that flows into the Russian River along his Alexander Valley property. Removal of the dam and reservoir, he said, would affect many communities as well.

“Everybody knows if they shut off the dam up there, we’re going to run out of water, and if we run out of water, we’re going to be in trouble,” Cadd said. “The whole system is antiquated, and PG&E doesn’t want anything to do with it anymore, so environmentalists are all screaming, ‘Tear out those dams,’ so I don’t know how it is going to end. Any time anybody needs more water, they look to agriculture for it, so ultimately, it means a lot less water.”

As part of an informational forum on the Potter Valley Project and its future as it pertains to FERC relicensing, about 75 people representing various sides of the issue and from multiple counties gathered at the Sonoma County Farm Bureau in Santa Rosa last week.

PG&E, which has owned the Potter Valley Project for 88 years, announced earlier this year it would abandon plans to relicense the project, an action Pauli called “unexpected.”

“Now, we are faced with serious, new challenges in our efforts to assure water supply reliability for all of the affected communities along the Russian River in Mendocino, Sonoma and Marin counties,” she said.

With the Potter Valley Project hydropower license set to expire in April 2022, Pauli said the Mendocino County Inland Water and Power Commission is moving forward to attain local control of “this critical water source,” which is relied upon for agricultural and domestic water supplies by an estimated 600,000 people. An annual agricultural economy of more than $800 million also depends on water from the project.

Parties interested in assuming control of the project have until June 28 to submit a notice of intent and a pre-application document.

“The two main issues we have to be concerned about are water-supply reliability and restoration,” Pauli said. “The way to accomplish these goals is to maintain a rate of diversion through the project that continues to provide the water supply that supports our economy and quality of life, and at the same time, continue to collaboratively manage our share of the water resource by being actively engaged in effective restoration in both the Eel River and Russian River watersheds. There is nothing simple about this.”

She described removal of Scott Dam as “the most extreme alternative” to improve fish passage, and said it would “seriously impact” the area’s water supply.

“There are other options, including trap and haul, fish ladders and elevators, among others being studied,” Pauli said, noting that water releases from Lake Mendocino, Lake Pillsbury and the diversion tunnel are strictly regulated by federal mandates for fish flows.

Sonoma County winegrape grower Pat Burns said his quality of life as a resident and ability to work in agriculture would be harmed if the dam and reservoir are removed, adding he is concerned that dam removal does not guarantee the outcome desired by environmentalists.

“If the dams come out, the water that would be flowing out of the rivers is not coming out of the bottom of the dam like it is now where we have cold water,” said Burns, second vice president of the Sonoma County Farm Bureau. “It would be shallower streams and therefore warmer water that we’ve all been told is not as good for rearing the salmonids.”

He cited other factors affecting fish populations, including the introduced pike minnow that feeds on smaller steelhead and salmon.

As the FERC relicensing process continues, Pauli noted that Rep. Jared Huffman, D-San Rafael, has formed an ad hoc committee to develop a solution for operating the project that addresses water-supply reliability and fisheries concerns. One possible scenario, she said, involves removal of Scott Dam, with water diverted through the project only during high flows.

“If they shut things down, we’re concerned that there won’t be enough water in some years and the river could go dry,” said Harry Black, a vineyard manager in Geyserville. “We’ve already had problems in the past with them restricting the amount of water that we can use.”

(Christine Souza is an assistant editor of Ag Alert. She may be contacted at csouza@cfbf.com.)

Permission for use is granted, however, credit must be made to the California Farm Bureau Federation when reprinting this item. 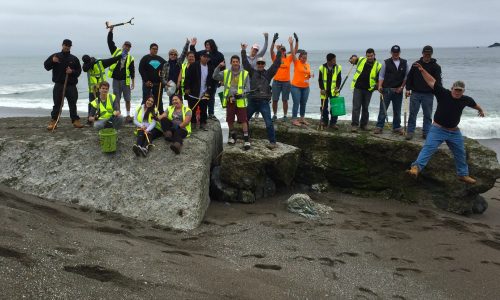 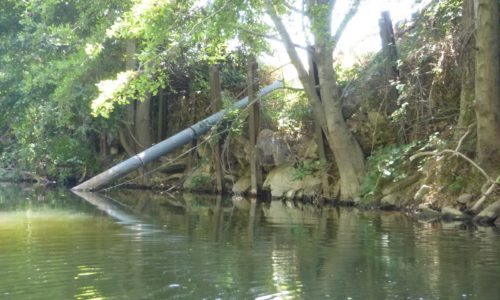