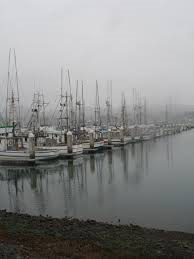 More than fifty Bodega Bay residents crowded into the meeting room at the Firehouse in Bodega Bay to let Sonoma County Regional Parks ( the current operator for the County which owns the site) what they thought about the request for a feasibility study to re-design the Marina and work with partners to design an educational-oriented visitor center for the site. The response was nearly unanimous…NO!!!

To their credit, the County Regional Parks’ personnel emphasized that they wanted the community input on how they could enhance the property to benefit the community. Almost with one voice, the community roared back..NO STUDIES. Spend the money on bringing Mason’s Marina back to usefulness.

The group was willing to accept certain givens: the structure at Mason’s Marina is in bad shape and any financial source, whether from Tide Land money or fisheries grants should be used to help repair and renovate Mason’s Marina rather than to design some “tourist serving” environmental center.

One local fisherman, who keeps his boat at Mason’s Marina, encapsulated the feeling of the group when he shouted “I don’t want any damn environmental center in front of my house. I just want my slip to be repaired.”

Daniel Weinzveg did an excellent job as a moderator, and the Deputy Director of Regional Parks, James Nantell, tried to use traditional meeting organization modes to break up the group into small groups and have them answer questions (Like” What is important to you about this site,” and “what is the best use of the space at Mason’s Marina.” ) The group roared their refusal. One sp.eaker encapsulated the general feeling that “ we are a meeting of the whole”

There was acceptance of the financial issues facing the Marina, but speaker after speaker wanted to know how the funds collected from the 86 slip holders was spent and how could the Marina be repaired so that the entire 179 slips could be activated. It was clear that the group didn’t want to see any monies, whether from rentals or tide land funds, be used on more studies. Rational review reasserted itself when one experienced grant writer reminded the group that you had to amass certain data about prospective projects, even repairs, before grants would be forthcoming.

Caryl Hart, the Director of Regional Parks, was excellent in her effort to engage the community in addressing the future of Mason’s Marina. The problem is that the community understands that that the facility is in desperate condition (they can’t sell premium grades of gas because the pumps don’t work)and the little market is hampered in its efforts to be profitable because the county won’t let them sell beer or tobacco. They cost $60,000 to maintain.

Mason’s Marina gas station, Bodega Bay
The docks are in serious trouble. The underpinnings are rotting; none of the structure meets ADA standards. The liability toward users is questionable; the true cost of an environmental clean up is likely to be great. No one has all the answers. One very clear fact emerged: Bodega Bay residents are willing to pitch in and help save the Marina, but NO speaker supported creating any new tourist-serving facility in order to bring in new revenues. Apparently the community speaks with one voice. Examine all options to help save Mason’s Marina, but keep it a facility that serves fishermen and DON’T turn it into a new attraction to bring more tourists.

If any readers wish to express their ideas on this subject, contact James Nantell, Deputy Director of Regional Parks (james.nantell@sonoma-county.org) or contact your local supervisor, Efren Carrillo.