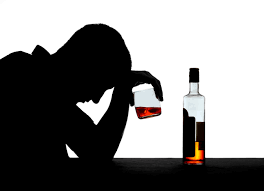 EDITOR: So let me get this straight, this whole argument is about the 439 wineries operating in Sonoma County (439 wineries!) wanting the right to grow, process and sell a drug that ruins an untold amount of lives, causes immeasurable amounts of financial and physical harm to families and communities worldwide and kills over 50,000 people every year in American alone? And their justification for wanting to be allowed to create this unneeded “product” is that selling this drug brings money into the economy and provides jobs for the local community?

So now, to be allowed to grow and produce this unneeded drug in our communities, they will need to change our communities to a place where they can be allowed to throw large lavish parties that attracts more drug users to our neighborhoods and terribly maintained rural roadways resulting in more traffic and an increased risk of potential drunk drivers.
This is all so that they can sell more drugs and make more money? They also want to suck up all the ground and river water unregulated as well?

This kind of reminds me of Columbia and how the Columbian drug cartels operate. Wine workers, cocaine workers, same-same. They both have the blood on their hands of the countless ruined lives and untold amounts of human suffering caused by the drugs they helped manufacture and sell.

Sometimes it’s not all about money. Sometimes it’s about necessity. And in this argument there is no necessity but corporate greed. If they were growing food or something useful, that would be one thing, but that’s not the case here. Take me back to the days when Sonoma County grew apples and walnuts, products that contributed to the good in society, not the bad.