57,237  pounds in Napa (50,417 in 2012) and 84,606 pounds of glyphosate used in Sonoma County in 2013. The usage keeps going up and without a ban on the use of this “probable carcinogen” it will continue to be used as  “best practices” rationale in viticulture to prevent weeds. Farmlands are being overrun with the superweeds that have developed resistance to glyphosate.  The California EPA is requiring labeling of the herbicide and several counties in our state are working on a total ban. With growing health/environmental concerns and non-industry supported/peer reviewed scientific studies being published, maybe the time has come to remove this product from our environment. 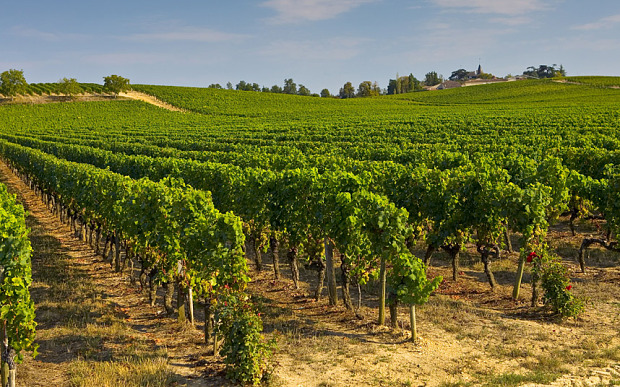 The Napa County Green Party is concerned about the large amount of glyphosate-based herbicides (i.e. Roundup) that are being used in conventional vineyards in Napa County and the impacts to our soil, water, wildlife and human health.

According to the California Department of Pesticide Registry, of the 57,237 pounds of glyphosate that were used in Napa County in 2013 alone (the last reported year), 50,417 pounds were applied on vineyards.

Due to deceptive advertising, in the past, some grape growers have expressed a belief that glyphosate was a “safe” herbicide, and that it was biodegradable and broke down quickly. Neither of these assertions are true, and we hope that grapegrowers today understand that.

Back in 1996, New York’s Attorney General sued Monsanto, the developer of Roundup, for false advertising, forcing them to stop making claims as to the human and environmental safety of Roundup. Specifically, Monsanto could no longer advertise Roundup as “biodegradable,” “safer than table salt,” or “practically non-toxic.”

Glyphosate is patented as both a mineral chelator and antibiotic. As such, it prevents plants from taking up minerals from soil, hurting plant nutrition and resulting in plant disease. In addition, it harms the microbial structure of soil, as well as beneficial gut bacteria, and is contributing to antibiotic resistance, a major concern within the medical industry.

In addition, after looking at all the published studies on glyphosate, in March 2015, the International Agency for Research on Cancer (IARC), the cancer research arm of the World Health Organization, designated glyphosate a “probable human carcinogen.” Three out of the four human studies on agricultural workers that were reviewed showed a link between glyphosate and non-hodgkin lymphoma, a cancer of the immune system.

According to the California Cancer Registry, during the five year period from 2007-2012, Napa County was highest in terms of the number of incidents of cancer and 12th in terms of cancer mortality in the state. Given this high cancer rate, as a community, we have a responsibility to evaluate all local practices that may be putting our local population at risk.

Local residents have been discussing the cumulative impacts of new vineyard and winery development on Napa County, such as deforestation, climate change, lack of water and poor water quality, traffic, and a disparity between the jobs created and the availability of low-income and affordable housing. Nevertheless, in 2015, more than 1,000 acres of new vineyards were put in.

We urge Napa Valley grapegrowers to use organic and biodynamic methods if they perceive the need to control weeds. We also urge the Napa Valley Vintners and our local agricultural commissioner to enable consumers to search for wine producers using organic and biodynamic grapes on their websites. Lastly, we encourage consumers to purchase wines that are labeled “organic” or “biodynamic,” or as having been “made with organically grown grapes.”

Editor’s note: The Register asked the local industry organizations for a comment about herbicide use in the vineyards. Jennifer Putnam, executive director of the Napa Valley Grapegrowers, sent the following response:

“The use of herbicides like Glyphosate, as well as all conventional and organic pesticides in commercial operations, require licensing from the State of California Department of Pesticide Regulation. The county Agricultural Commissioner’s office regularly inspects applicators/handlers/businesses to ensure that all health and safety conditions are met for storage and application.  It is illegal to use any pesticide (conventional or organic) in a manner that would violate the labeled rules set forth by the U.S. EPA and Cal EPA.

“In many instances where undervine cultivation may increase the risk of soil loss from a property, the sustainable choice for weed control is to use an herbicide when conditions are correct to do so.  The Napa Valley Grapegrowers educates all of our members on sustainable best practices for their vineyard operations in both English and Spanish, and encourages all growers to follow the label rules of any products they apply.”

She recommended those with questions about herbicide or pesticide use visit the websites for the grapegrowers (napagrowers.org) and the Napa County Agricultural Commissioner (countyofnapa.org/agcom), both of which have details on best practices.