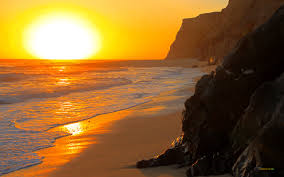 Maybe it is time to close the loopholes or an outright ban on lobbyists who are making our “democracy” a sham.
http://www.independent.com/news/2016/feb/25/what-hell-going/
Santa Barbara Independent
What the Hell Is Going On?
By Barney Brantingham
Thursday, February 25, 2016
SHARKS IN THE WATER: Seaside life goes on despite scheming at the agency that regulates the coast.

COASTAL FEEDING FRENZY: I was worried. Very worried. As I sipped coffee down at sunny Leadbetter Beach, I thought I spotted Susan McCabe. Or was it Wendy Mitchell?
Where they’re involved, rough water or undertows too often follow for the California coast. What stretch of Santa Barbara County’s golden sands could they have their eyes on?

McCabe is a former member of the California Coastal Commission, whose duty it is to protect our precious coastline. But now she’s a powerful lobbyist whose website boasts 219 coastal commission permit clients, according to L.A. Times columnist Steve Lopez.
Mitchell sits on the commission (first appointed by then-governor Arnold Schwarzenegger and then by Governor Jerry Brown), and she recently voted to toss highly respected executive director Charles Lester under the bus. She’s also a busy political “consultant” developers find it useful to “consult.”
As Independent columnist Nick Welsh pointed out last week, the City of Santa Barbara “consulted” with McCabe to the tune of $152,000 to gather eight of the 12 coastal commissioners (surely not easily done, but she apparently had the clout).
The aim was to (privately) explain why the city need not comply with oh-so-pesky new environmental rules regarding protecting marine life at our upcoming desal plant.
In the firestorm resulting from Lester’s ousting, people started wondering just how much “consulting” has been going on behind closed doors and who’s being paid to do what for whom? As Surfing Magazine put it, “What the Hell Is Going on in California?”
The Coastal Commission seems to have become a virtual frothing feeding frenzy of lobbyists, and there also seem to be no laws against it. But legislators, including Santa Barbara State Senator Hannah-Beth Jackson, have introduced legislation to require disclosure by commission lobbyists. Good luck with that.
Governor Brown, who presided at the much-cheered birth of the Coastal Act in 1972, not only appointed Mitchell and three other commissioners who led the charge to unhorse Lester. But Brown also stood by without lifting a finger to save Lester’s neck.
What’s next, Californians wonder? When the commission meets again, what new hanky-panky will emerge? At next month’s meeting, it’s scheduled to vote on one of the largest coastal developmental proposals ever to come before it, according to the New York Times.
That involves 1,100 acres at Banning Ranch in Newport Beach, a project said to be worth more than $1 billion and which has stirred “huge community opposition,” the Times reported.
The South Coast itself has seen some major coastal pipe dreams (or nightmares) fizzle over the years. If Mother Nature hadn’t interfered, Goleta might sport a deep seaport at the present Goleta Beach Park. But as historian Walker A. Tompkins wrote in It Happened in Old Santa Barbara, massive floods of the 1861-62 winter washed up to 14 feet of silt down from the canyons, filling up the slough and destroying any chance of a harbor.
Only a bribery scandal back in the 1970s saved the 265-acre seaside More Mesa from development. The 750-unit Tyrolian Village proposed housing units, an 18-hole golf course, tennis courts, and pools galore. There were three votes on the County Board of Supervisors to approve the project, enough to okay it, but when a supporter decided to go for a fourth vote using a bribe, he went to prison and the project died.
Even before that, in 1965, oilman Sam Mosher proposed the 800-unit Buena Vida project there, but even his clout couldn’t make it happen.
I recall that many years ago some on the City Council thought the Andrée Clark Bird Refuge would make a dandy small boat harbor, but that idea never held water. Today, preservationists wonder about the intentions of Saudi mega-developer Khalid S. Al Shobily, who plunked down $25 million for More Mesa in 2012.
I put down my coffee cup and looked around for possible bulldozer targets of latter-day big-money operators. One in the news these days is the Gaviota Coast, a lovely stretch that so far has escaped mass condo-izing and wall-to-wall luxury mansion-ization.
Was that why Susan and Wendy were here? But then I took a closer look and was vastly relieved to see that the two women I noticed were just two San Roque moms watching their kids play in the sand.
Both children and adults can build sand castles on the beach, I guess.
________________________