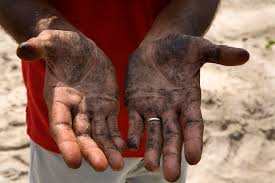 The U.S. Dept. of Labor has fined a Healdsburg-area winery $42,300 for “deplorable” housing, according to the following article in today’s PD. This confirms what farmworkers have reported at our Wine and Water Watch meetings. This is only the tip of a deep iceberg. It further documents that some wineries and vineyards cannot claim to be “sustainable,” as they do, which requires a triple bottom line–profitable, environmental, and fair to workers. Ag. workers suffer a lot, including contamination by RoudUp and other chemicals.

Ridge Vineyards and Four Seasons Vineyard Management violated federal employment laws and exposed their seasonal migrant workers to unsafe living conditions, according to the U.S. Department of Labor. Investigators said they found exposed electrical wiring, no heating and a lack of screens and doors that led to rodent and insect infestations in a farmworker housing facility at a Ridge vineyard just north of Healdsburg.

Ridge Vineyards said the housing facility had been inspected by state regulators for a number of years and always was in compliance with California regulations.

“This is the first time this housing has failed an inspection,” Nicole Buttitta, vice president of human resources at Ridge, said in an email.

At least 10 workers brought in for the grape harvest were living in the unit when the Department of Labor started looking into housing conditions at the vineyard last summer, said Alberto Raymond, assistant district director for the agency’s Wage and Hour Division in San Francisco.

The winery owned and controlled the property, he said. Four Seasons collected the rent for the building, deducting it from the workers’ pay, Raymond said.

The two companies put workers at risk when it failed to make necessary improvements to the structure, which appeared to previously have been a barn, he said. A loft on the third floor was found with a single ladder, providing only one way in and out of the room. That posed a significant threat to the workers’ safety in the case of a fire, Raymond said.

The winery and contractor should have been monitoring the conditions in the unit regularly but failed to do so, Raymond said. A sharp piece of metal flooring stuck out near the front door, he said. The bathroom did not have proper ventilation and was unsanitary, he said. It appeared it hadn’t been cleaned for a long time and was covered in debris, he said.

“There had been no upkeep or maintenance,” Raymond said about the property.

“The fines are intended to change behaviors,” he said. “As an agency we have an obligation to ensure farmworkers are housed in conditions where they are going to be safe.”

Four Seasons did not return a message seeking comment.

Ridge is taking full responsibility and making immediate repairs, Buttitta said. The winery is working with the Department of Labor and has hired farm labor experts to ensure it meets housing regulations and prevents future violations, she said.

Raymond would not disclose how federal investigators learned about the housing conditions, but said the agency is active in counties like Sonoma to ensure employers are complying with labor laws intended to protect migrant and seasonal agricultural workers.

The Department of Labor has teamed up with community organizations and local and state agencies throughout California to provide agricultural workers with information and assistance on labor issues. Workers with questions and concerns have turned to the Employment Education and Outreach hotline at 877-552-9832.