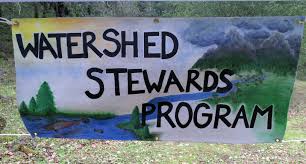 A disputed plan to log century- old redwoods along the Gualala River is running into stiff opposition from environmentalists who say the days of timber operations near North Coast streams, even on land long used for commercial logging, should be over.

Opponents of the proposed timber harvest in northwestern Sonoma County are again taking aim at a project they say poses potential harm to wildlife and plants. It would harvest trees on about 330 acres in the river’s flood plain.

The use of heavy equipment in such an area to handle and haul away downed trees is not appropriate and shouldn’t be allowed by the state, opponents say.

“It’s an ecosystem. It’s not just a tree farm,” said Chris Poehlmann, president of Friends of the Gualala River, a nonprofit group that has taken a tough stand on other logging and vineyard conversion projects in the watershed, home to greatly diminished runs of coho salmon and steelhead trout.

But representatives of Gualala Redwood Timber Inc. say the proposed logging, revised from original plans, is not the intense harvest that critics fear and will be carried out with safeguards for the environment. The company is the relatively new owner of more than 29,000 acres of timberland straddling the Sonoma-Mendocino county line and stretching inland from the coastal town of Gualala and the mouth of the Gualala River, site of a Sonoma County park.

“The rhetoric is about the devastating impact,” Alden said. “… I understand the concerns, but I don’t think they’ll be realized. In fact, I’m confident they will not.”

The debate reflects continuing friction over traditional timber practices in a region where conservation interests have acquired large swaths of forest land to manage for habitat restoration and wildlife corridors, with limited logging away from sensitive areas.

It also represents a tug of war over continued logging on a swath of mixed redwood and Douglas fir forest that conservationists had coveted before it was purchased last spring by the Roger Burch family and their company, San Jose-based Pacific States Industries.

Environmental activists point to damage done by a century of logging and other activities in the watershed. They argue that it needs a rest.

Many in the coastal community also cling to hope that the regional park at the river’s mouth may one day be expanded to take in some or all of the riverfront acreage at issue. Sonoma County Regional Parks was among the conservation interests outbid in the property’s purchase last year.

Community wildlife columnist Jeanne Jackson and her husband, Richard, have collected over 1,000 signatures on a petition urging Gualala Redwood Timber to preserve the redwood stands along the river and consider selling the land to a conservation group.

Many of us have walked this land for decades,” Jackson, a resident of nearby Anchor Bay, wrote recently. “We call it the ‘Magical Forest’ and the ‘Enchanted Forest.’ To log it would be a disgrace.”

The area was clear-cut at the turn of the last century, and has been thinned a few times since, leaving second-growth redwoods all in the 100-year-old range, said Alden, the Gualala Redwood Timber spokesman, who also managed the property under the previous owner.

The new owners were “fully aware that there’s a movement that would like it to become a park of some sort,” he said. But those owners have relied on logs from the site for more than 30 years to keep sawmills running and will continue to need that supply going forward, Alden said.

A sale to conservation interests, he said, is “not something they are willing to contemplate at this point.”

The so-called “Dogwood” harvest plan, now up for a third round of public review, covers 402 acres divided among nearly two dozen sites strung along eight miles of the Gualala’s South Fork, beginning about 200 feet beyond the Gualala Point Regional Park campground. Standing trees will screen the logging site, Alden said. About 70 acres would remain unlogged.

In addition, the company must leave the 13 largest trees on each acre of land untouched, a practice necessary to meet the requirement to preserve 80 percent of the forest canopy.

But Robert Coates, executive director of the environmental group Forests Unlimited, said the plan needs a closer analysis that would give a fuller account of its potential impacts.

Coates signaled that his group is considering a court challenge against the project on environmental grounds.

“We feel that there’s more than enough evidence to sustain a successful lawsuit,” he said.

Annapolis biologist Peter Baye said approval of the plan would jeopardize the survival of potential wetland plant life, invertebrate populations important to salmon as food and the flood plain’s ability to filter sediments.

Regulators that “clamored” for rules to protect fish aren’t upholding them, he said.

“This is in the flood plain, and there are special rules for it, and they’re blowing those off,” Baye said.

But Jim Burke, senior engineering geologist and a forestry specialist with the North Coast Regional Water Quality Control Board, disagreed with Baye’s assessment and said the project has adequate safeguards. He said he has carefully considered public comment, revisited the logging sites and harvest maps, and believes the company “did a good job of it.”

“I keep a pretty close eye on this property,” Burke said, adding that he had inspected a 112-acre harvest in the flood plain on the opposite side of the river.

You can reach Staff Writer Mary Callahan at 521-5249 or mary.callahan@pressdemocrat.com. On Twitter @MaryCallahanB.