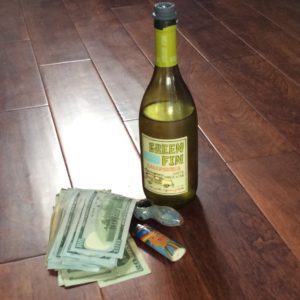 The reaction of residents to the idea of taxing the wine industry for grapes in the same way cannabis growers are being taxed on marijuana crops is growing, as evidenced by another letter in yesterday’s Santa Rosa Press Democrat:

A tax on grapes

EDITOR: The approval of Measure A, taxing marijuana at the source, got me thinking.

We would agree that many local roads are in a poor state of repair and the money to fix them hasn’t been available for a multitude of reasons. I propose that a new tariff be created where commercial grape growers in Sonoma County pay a small fee, perhaps $1 to $3 a year per plant.

This a modest amount that might generate the needed funds for road repair. The money could be put into a special marked fund, not subject to being moved into the general fund. If it works for marijuana, why not for grapes?

Yes, the grape growers pay taxes, and having to pay an additional fee would lead to something else, such as a decrease in workers’ wages. My opinion is that many of the large commercial growers are very wealthy and would pass the costs on to consumers in and beyond Sonoma County.

Since Sonoma County voted to legalize recreational cannabis this month, citizens have begun to notice that the cannabis industry and the wine industry share similarities in the damage they cause to the environment. A Sebastopol woman questions why grape growers aren’t taxed in the same way as cannabis growers:

EDITOR: I wasn’t surprised that the marijuana tax passed by a large margin. After all, there are a lot of people who are going to get rich selling marijuana, and high taxes on recreational drugs, like cigarettes and alcohol, are typical.

The marijuana tax is different though, because it taxes the growers and not just the end product. I read that the reason for the tax is that there is a lot of environmental damage and regulation that needs to be addressed. If that’s the case, why don’t we also tax the grape growers?

Marijuana and wine, from a consumer standpoint, have a lot in common. They are both non-food-based agriculture, and both products are used for recreation. Environmental harm caused by the wine industry includes damage to our roads and air from agricultural equipment and truck traffic, the application of pesticides and herbicides to soil, air and surface waters, damage to our wetlands and riparian areas and the permanent loss of trees and other native habitat.

I think it’s only fair now that Sonoma County has taxed the marijuana business that it also considers taxing the wine business.