It’s never about if, but when a spill will happen……

http://www.pressdemocrat.com/opinion/6955942-181/close-to-home-is-white
Santa Rosa Press Democrat
Santa Rosa, California
Close to Home
Is the White House trying to destroy the Sonoma-Mendocino coast?
The Sonoma-Mendocino coastal regional economy suddenly finds itself the target of President Donald Trump as a result of his executive order on offshore drilling that he signed on Friday.
This action began a rushed 120-day “review” of the magnificent conservation victory that led to the 2015 designation of the Greater Farallones National Marine Sanctuary, a much-heralded accomplishment that expanded protection of our fragile coast from offshore drilling and other pollution threats from Bodega Head north to Point Arena.
With an unprecedented scheme that could reverse the North Coast’s most hard-fought ocean conservation achievement, the petroleum lobby has now induced the Trump administration to reconsider previous estimates of offshore oil and gas potential and to question the competency of our local elected officials in this marine sanctuary expansion. Trump ignores the 20-year bipartisan support for protection of every California governor, U.S. senator, congressional representative and state legislator serving us during the relevant period of time. The commercial fishing industry and our local governments, including the boards of supervisors for Sonoma, Marin and Mendocino counties and many others, were fully supportive every step of the way. Literally hundreds of thousands of citizens from all walks of life worked together to accomplish this historic outcome for future generations. 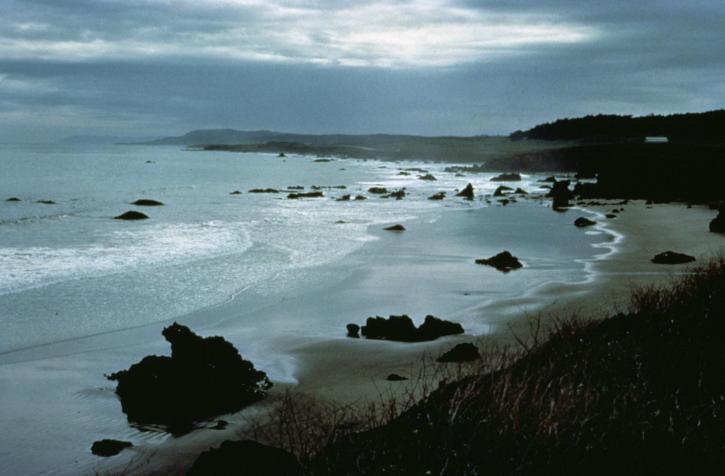 After appointing petroleum industry executives throughout his Cabinet, President Trump is now taking his policy instructions directly from the oil industry as a whole. More difficult to understand is the current fascination by the White House with trashing the valued work of past administrations of both political parties, all the way back through that of President George W. Bush, who protected 10 sensitive islands and magnificent atolls of the Northwest Hawaiian Islands during his term of office. “Forever” apparently translates to “until Trump” within this Oval Office.
As a coastal region in which our livelihoods are absolutely dependent on marine fisheries and vibrant coastal businesses that rely on a clean ocean, we have every right to expect the Trump administration to hold local public hearings before going forward with its effort to derail our coastal economy.
We remember the failed cleanup and persistent economic damage wrought by the Santa Barbara Union Oil platform blowout in 1969, the tragic Gulf of Mexico BP Deepwater Horizon oil spill in 2010 and the more recent 2015 Refugio oil spill, where a leak from a poorly maintained onshore pipeline caused oil from offshore rigs to reach the ocean and unnecessarily foul Southern California waters, some of the most biologically diverse in the world, for miles.
We can’t help but notice that in the very same executive order being used to undermine our Greater Farallones National Marine Sanctuary here, the Trump White House is also moving to weaken the critical worker safety and blowout protection afforded by the “well control rule,” to dismantle air quality protections affecting offshore drilling emissions, to expedite damaging seismic airgun blasts used in offshore oil and gas exploration and to enable undercapitalized smaller companies lacking adequate financial resources to compensate for offshore oil spill damages to go ahead and take risky drilling operations into our coastal waters.
We notice that the same Trump action is also being used to open other long-protected California waters to offshore drilling, along with much of the Atlantic Coast and the fragile Arctic Ocean, while making the creation of any future national marine sanctuary much more difficult, if not impossible. The laws of this nation that protect our coastal waters exist for good reasons, primarily derived from expensive lessons learned during past offshore drilling disasters. We can’t survive as a society in the absence of responsible laws – or without a healthy ocean.
We can – and we will – care enough about our ocean to turn around the current misguided Trump attack on our national marine sanctuaries and our coastal economy.
Our grandchildren would expect no less of us, and the awesome natural beauty, marine productivity and economic vitality of our coast will inspire us to act together to counter this miscalculated assault on our region. The Sonoma-Mendocino coast is not going to be Trump’s sacrifice zone.
Richard Charter is a senior fellow with the Ocean Foundation and has lived in Bodega Bay for 40 years.