Charlie Wagner, Paul Hobbs and now Ken Wilson…….again! The list is piling up of bad winery owners who will do whatever they want and take their chances of being caught. Fines are just a business right-off in their quest for more and more and more. Quick response to his latest venture may have spared the county a huge fire. We need to boycott all holdings until he get’s with the program that we live in a community and WE CARE what happens to our environment and health . Here is a list of his holdings to avoid:

Owner of Healdsburg’s Wilson Winery hit with $56,000 in pollution fines

A Healdsburg vintner with a history of breaking environmental laws agreed Thursday to pay about $56,000 for an illegal burn in 2016 that drew a large emergency response and violated air quality regulations.

Ken Wilson, co-owner of the namesake Wilson Winery and nine other boutique wineries, was fined for burning 31 debris piles over several days on his Shiloh Road property in Windsor.

The piles, created while clearing land for vineyard development, exceeded the size allowed by the Bay Area Air Quality Management District and contained material that was not properly dried. The fires had the potential to grow out of control, prosecutors said.

“The quick response from our fire agencies prevented the spread of fire to other properties in the area,” Sonoma County District Attorney Jill Ravitch said in a written statement. 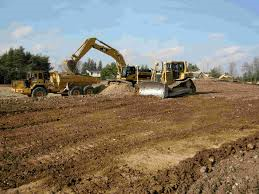 Wilson, who was sentenced to jail time in 2002 for allowing soil erosion into a tributary of the Russian River, called the incident an “unfortunate thing.” He said it stemmed from his confusion over differences in the rules governing burning in Windsor and Healdsburg.

“I thought I was doing everything correctly but there were one or two things that were wrong,” Wilson said.

He signed an agreement approved by Judge Allan Hardcastle to pay $50,000 in penalties and $6,648 in fire-suppression costs.

The award-winning vintner has racked up numerous environmental violations over the years.

In 2002, Wilson was convicted of violating the state’s water code following a weeklong jury trial. A sentence of six months in jail and a fine of $25,000 were stayed pending an appeal.

He paid a then-record $50,000 fine in 1998 after pleading no contest to charges stemming from another vineyard development  west of Lake Sonoma. Environmental authorities called that case one of the worst examples of vineyard erosion they’d seen in Sonoma County.

More recently, in 2015, Wilson was found to be violating county planning codes by holding unauthorized events and allowing visitors to park alongside his Wilson Winery on Dry Creek Road.

The county investigation was prompted by neighborhood complaints about noise and traffic in the area.