The corporate coup continues to marginalize/harass environmentalists or anyone that stands in the way of corporate profit.

The private security firm TigerSwan, hired by Energy Transfer Partners to protect the controversial Dakota Access pipeline, was paid to gather information for what would become a sprawling conspiracy lawsuit accusing environmentalist groups of inciting the anti-pipeline protests in an effort to increase donations, three former TigerSwan contractors told The Intercept.

For months, a conference room wall at TigerSwan’s Apex, North Carolina, headquarters was covered with a web-like map of funding nodes the firm believed it had uncovered — linking billionaire backers to nonprofit organizations to pipeline opponents protesting at Standing Rock. It was a “showpiece” for board members and ETP executives, according to a former TigerSwan contractor — part of a project that had little to do with the pipeline’s physical security.

In August, the law firm founded by Marc Kasowitz, Donald Trump’s personal attorney for more than a decade, filed a 187-page racketeering complaint against Greenpeace, Earth First, and the divestment group BankTrack in the U.S. District Court of North Dakota, seeking $300 million in damages on behalf of Energy Transfer Partners. The NoDAPL movement, the suit claims, was driven by “a network of putative not-for-profits and rogue eco-terrorist groups who employ patterns of criminal activity and campaigns of misinformation to target legitimate companies and industries with fabricated environmental claims.”

“It was as if the entire campaign came in a box. And of course it did,” the suit alleges. “Its objective was not to protect the environment or Native Americans but to produce as sensational and public a dispute as possible, and to use that publicity and emotion to drive fundraising.” 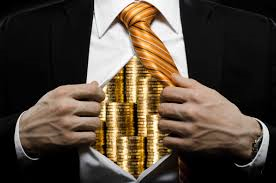 Among the nonprofit network’s alleged crimes: “perpetrating acts of terrorism under the U.S. Patriot Act, including destruction of an energy facility, destruction of hazardous liquid pipeline facility, arson and bombing of government property risking or causing injury or death.”

“We felt compelled to file the lawsuit against Greenpeace and others because we want the truth to come out about the illegal actions that took place in North Dakota and the funding of these actions,” ETP spokesperson Vicki Granado told The Intercept. “In many cases, the only way the truth comes out is through the legal process.”

The case was filed under the Racketeer Influenced and Corrupt Organizations Act, passed in 1970 to prosecute organized crime — primarily the mob. Greenpeace says it amounts to a strategic lawsuit against public participation, or SLAPP, designed to curtail free speech through expensive, time-consuming litigation.

“It grossly distorts the law and facts at Standing Rock,” said Greenpeace general counsel Tom Wetterer. “We’ll win the lawsuit, but it’s not really what this is about for ETP. What they’re really trying to do is silence future protests and advocacy work against the company and other corporations.”

pipeline months before the protests began. “I think the whole purpose of it is to scare tribes from further activism when it comes to the fossil fuel industries and to scare these green groups to keep them from supporting us in those future fights.”

TigerSwan, which got its start working U.S. government contracts in Afghanistan and Iraq, was hired by Energy Transfer Partners to coordinate the DAPL operation in September 2016, after dogs handled by private security officers were caught on film biting pipeline opponents. The firm began collecting information on the movement’s funding streams soon afterward, submitting intelligence to ETP via daily situation reports, more than 100 of which were leaked to The Intercept by a TigerSwan contractor.

But the effort to build a lawsuit began in earnest in January. TigerSwan personnel were tasked directly by lawyers working for ETP with fulfilling information requests, according to two former contractors. Situation reports from the beginning of February note that the company planned to “continue to proceed with the ETP legal team’s requests.”

In response to the requests, TigerSwan personnel sent reports on trespassing incidents and pipeline sabotage, including information about who was suspected to be involved and monetary damages caused by the work stoppages. The firm also compiled descriptions of movement leaders and individuals arrested by law enforcement, and tracked donations to DAPL-related GoFundMe accounts. Much of the intelligence collection was carried out via fake social media accounts and infiltration of protest camps by TigerSwan operatives.

According to the former contractors, the company intended to sell its legal investigative services to future clients. A PowerPoint presentation obtained by The Intercept, which a former contractor described as marketing material to attract a new contract, shows TigerSwan applying its follow-the-money tactics to a new pipeline fight against Pennsylvania’s Mariner East 2 project. The presentation traces nonprofit funds to various “action arms,” which include activist groups — Lancaster Against Pipelines and Marcellus Shale Earth First — as well as a member of the press, StateImpact, a regionally focused public radio project.

“As concerns StateImpact, the TigerSwan graphic is incorrect,” editor Scott Blanchard told The Intercept. “StateImpact, which covers Pennsylvania’s energy economy, is independent of outside influence and is not aligned with any stakeholders.”

While TigerSwan eventually landed security work on the Pennsylvania pipeline, its RICO work for Energy Transfer Partners was short-lived. By early March, the legal team working for ETP had pulled the security firm off the lawsuit. Former TigerSwan contractors speculated the firm’s lack of experience building legal cases made it ill-equipped for the project.

Michael Bowe, the Kasowitz attorney representing ETP in the RICO case, told The Intercept, “We did not retain or work with TigerSwan.” Former TigerSwan personnel agreed that the ETP lawyers working most closely with TigerSwan were not with Kasowitz.

ETP declined to comment on TigerSwan’s work, stating, “We do not comment on any specifics related to our security programs.” A TigerSwan spokesperson stated, “We do not discuss the details of our efforts for any client. We are proud of our work to provide the very best in consultative risk management services to our clients around the world.”