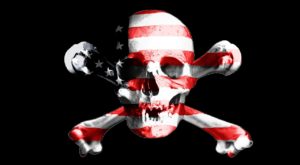 Environmental groups lashed out Friday against the Environmental Protection Agency’s industry-friendly proposal to roll back safeguards for the disposal of coal ash—a toxic by-product from coal plants that sits in pits at over 1,000 sites across the nation.

The agency, headed by “no friend of air and water safeguards” Scott Pruitt, announced the rule change Thursday.

“The Trump administration is putting drinking water and the health of communities across the country at risk so their friends in the power plant industry can save a few bucks,” said Jennifer Peters, Clean Water Action’s water program director, in a press statement Friday. “The coal ash rule is a very modest protection. Gutting it now will let coal plants avoid any responsibility for their waste, leave taxpayers on the hook for clean up, and lead to more contaminated water.”

Thanks to industry pressure, the 2015 coal ash rule, which included increased inspections, monitoring, and stricter structural integrity standards for disposal sites, fell “woefully short of truly protecting the public from the dangers of coal ash,” according to Larissa Liebmann, staff attorney at Waterkeeper Alliance. “Now, the Trump Administration is trying to pare back what already was the bare minimum.”

Coal ash contains highly toxic contaminants like mercury, cadmium, and arsenic, and demands for stricter regulations of it followed large spills near Kingston, Tenn. and Eden, N.C.—spills the EPA acknowledged “caused widespread environmental and economic damage to nearby waterways and properties.”

Physicians for Social Responsibility says coal ash is “the second-largest industrial waste stream in the country,” and, further laying out its threats, explains that

“EPA is choosing to side with polluters over the public.”
—Lisa Evans, EarthjusticeDespite such impacts, the new EPA “proposal includes more than a dozen changes” to weaken the Obama-era regulations, Reuters reports.

“This is the second biggest toxic pollution threat in our country, and we need to clean it up—not make things easier for polluters,” added Earthjustice senior counsel Lisa Evans. “People living near more than a thousand toxic coal ash sites are at risk. They face contaminated drinking water, toxic dust in the air, and serious health threats just because the EPA is choosing to side with polluters over the public.”

Last month, Evans had called it “critical” for the regulations to stay in effect and referred to coal ash as a “silent, tasteless killer.”

As DeSmog blog pointed out in 2015, the new standards came under immediate attack by “coal industry-funded politicians in Washington,” and the Washington Post reported Thursday that

shortly after the Trump administration took office, industry officials began lobbying the EPA to revisit the rule. They wrote that the existing regulation “is causing significant adverse impacts on coal-fired [power] generation in this country due to the excessive costs of compliance.”

“Pruitt seemed sympathetic,” the Post continued, “saying last September that it was ‘appropriate and in the public interest’ for the agency to rethink the regulation.”