Inside Monsanto’s Day in Court: Scientists Weigh in on Glyphosate’s Cancer Risks

Lee Johnson, a 46-year-old resident of Vallejo, California developed a severe skin rash in 2014, two years after he started spraying Roundup as part of his groundskeeping job at the Benicia Unified School District. “He read the label on the container,” says his lawyer, Timothy Litzenburg, “and he followed all the safety instructions, which were written by Monsanto.”

The rash turned into an aggressive form of non-Hodgkin lymphoma, a cancer of the lymphatic system. Doctors estimate Johnson has six months left to live; he will leave behind a wife and two children. He is one of 2,400 lawsuits filed against Monsanto by cancer victims in courts across the country, and Johnson’s case is the first one scheduled for a jury trial.

These victims are suing to hold Monsanto accountable, claiming that glyphosate, the listed, active ingredient in its popular herbicide Roundup, caused their non-Hodgkin lymphoma.

Plaintiffs are seeking monetary settlements in jury trials that could potentially amount to billions of dollars—settlements that could zero out the $2.8 billion in revenue Monsanto expects to make from Roundup this year alone. With more than 276 million pounds of glyphosate used in 2014 on farms, business, schools, parks and homes around the world, the stakes are high.

The lawsuits raise the question of whether the courts can accomplish what U.S. regulators have not: control or accountability over glyphosate, a chemical that international authorities in the U.N.’s top cancer group have deemed a probable carcinogen.

Earlier this month in San Francisco, U.S. District Judge Vince Chhabria began the process of determining whether or not scientific experts in these trials are using sound methods to reach their conclusions, and which experts can be called to the stand during upcoming federal trials.

The 2,000 cases pending in state courts are not subject to Chhabria’s gatekeeping decisions and are already proceeding with the first case—Johnson’s—which is scheduled to begin in June.

To rule on the validity of the scientists and science, Chhabria heard from the 10 experts attorneys brought forward for the cancer-victim plaintiffs and for Monsanto in evidentiary hearings. He dubbed the Daubert hearings “Science Week,” and they served as his crash course on how world-class experts conduct cancer risk assessment.

“The judge’s role in a Daubert hearing is to find out if any of the evidence shouldn’t be presented to a jury because it lacks validity,” said Dr. Steven N. Goodman, an outside observer who is the Chief of Epidemiology for Health Research and Policy at Stanford School of Medicine. Dr. Goodman also been an instructor in judicial education courses on Daubert hearings.

Plaintiffs’ attorney Michael Baum agreed. “It’s supposed to keep ‘Ouiji board’ science out of the courtroom,” he said.

Daubert hearings permit both sides to present science, and in most cases, the lawyers present the scientists and studies that support their side of the argument. The scientists who testified under oath and on camera were experts in toxicology, animal studies, biostatistics, and epidemiology—all disciplines involved in cancer risk assessment.

The hearings marked the first time that Monsanto scientists faced off in court against three top scientists who had served on the U.N.’s International Agency for Research on Cancer (IARC), which in 2015 labeled glyphosate as a probable carcinogen. It was also the first time the three U.N. scientists had spoken in detail about the data and analysis underlying their decision.

Testifying for the plaintiffs, Dr. Jameson, an animal toxicology expert retired from the National Cancer Institute and the National Institutes of Health, explained how scientists work together to consider the totality of the evidence published in peer-reviewed studies. Animal studies come first. If rodent studies show evidence of carcinogenicity, scientists turn to studies of human populations to see if humans in the real world—at real-world exposure levels—are similarly affected.

Jameson told the court that IARC benefited from what he said was an “extraordinarily high amount of animal study data” on glyphosate and that animal studies consistently showed that glyphosate causes cancer.

After listing a dozen studies showing replication of different cancers in mice and rats, Jameson concluded, “It is my opinion that exposure to glyphosate not only can cause non-Hodgkin lymphoma [in humans], but it is currently doing so, at current exposure levels today.” 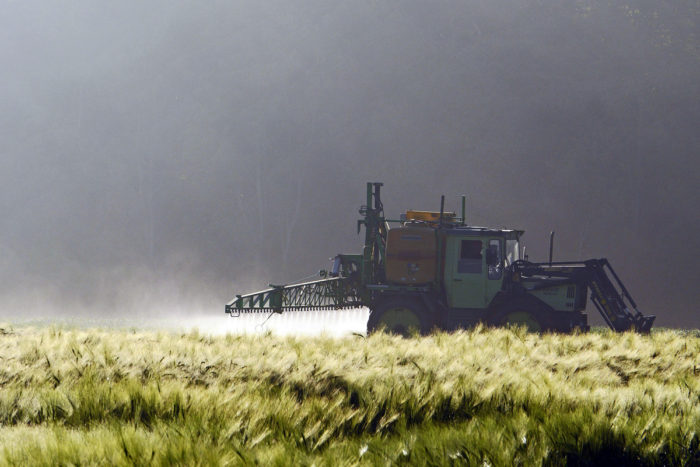 Another of the plaintiffs’ expert witnesses, Dr. Chadi Nabhan, an oncologist and medical director for Cardinal Health in Chicago, testified to the conservative nature of IARC’s history of labeling compounds as carcinogenic.

First of all, Nabhan said, there are barriers to getting IARC to even undertake an analysis. “You have to prove that there is enough human exposure to get IARC’s interest, and that there’s enough animal data,” he said. Over IARC’s 53-year history, he said the group had considered 1,003 compounds and found only 20 percent of them to be either carcinogenic or probable carcinogens.

“I firmly believe in the conclusions of the IARC, and that actually makes a huge difference for us as clinicians,” Nabhan said, adding that he tells his patients not to use Roundup and glyphosate. “These are modifiable risk factors,” he said.

Monsanto has vigorously opposed IARC’s ruling, spending millions of dollars on a wide-ranging campaign to discredit these scientists as well as IARC itself, calling its methodology “junk science.”

Monsanto’s experts, who specialized in biostatistics, veterinary medicine, and prostate cancer, challenged the validity of the plaintiffs’ experts’ data and studies and presented their own views of the data as well as conflicting research.

Animal studies expert Dr. Thomas Rosol, an Ohio University veterinary medicine professor, for instance, challenged the widely held scientific concept of biological plausibility, which assumes a substance found to be carcinogenic in mice should also be presumed to cause cancer in humans, citing one instance where a new drug that caused cancer in mice did not cause cancer in humans.

Dr. Lorelei Mucci, an associate professor at Harvard whose research focuses on prostate cancer, relied heavily on a 2017 paper that analyzed data from a long-term study of 90,000 commercial pesticide applicators, farmers, and farmers’ spouses from Iowa and North Carolina and found no relationship between glyphosate exposure and cancer. The plaintiffs’ epidemiology experts, in response, highlighted the flaws they observed in that study, pointing instead to multiple studies that showed an association between glyphosate and an increased risk of getting non-Hodgkin lymphoma.

This kind of back-and-forth, with each side presenting data that supports its point of view, is common in Daubert hearings, said Stanford’s Goodman. “It’s very hard for a judge to understand in the adversarial context what are legitimate criticisms and what aren’t,” he said. “And then often what happens is minor or moderate disagreements or uncertainties are blown up or magnified to make the really big distinctions just seem like differing judgments.”

At the end of Science Week, Chhabria shared what he had learned from it—both as his first Daubert hearing as well as a crash course in cancer risk assessment. A week later, Chhabria invited two of the plaintiffs’ experts back for further questioning. While he felt confident that the science shows that glyphosate causes cancer in animals, he said, the epidemiological conclusions were not as clear.

“My biggest takeaway is that epidemiology is a loosey-goosey science and that it is highly subjective,” said Chhabria, adding that he found the population health study evidence on the plaintiffs’ side to be “pretty sparse.”

Whatever the judge’s beliefs may be, Chhabria noted that they are outside his purview within a Daubert hearing. “My role is to decide whether the opinions offered by the plaintiffs’ experts are within the range of reasonableness,” Chhabria said. “And the courts tell us that even a shaky opinion can be admissible because … that expert will then be subject to cross-examination. And the jury will get to hear all of the evidence, and decide who’s right and who’s wrong.“ 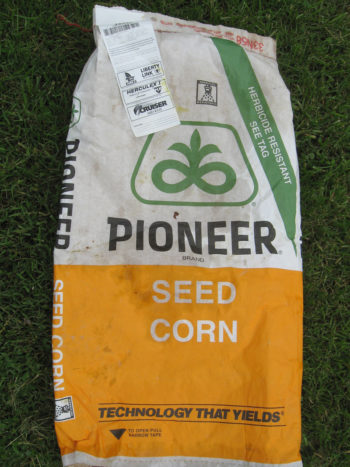 Ricardo Salvador, a senior scientist and director of the Food and Environment Program at the Union of Concerned Scientists, said it’s hard for a non-scientist to assess the validity of epidemiological studies. “I think that epidemiology is being held to standards here that it cannot possibly meet because it’s an observational science,” he told Civil Eats. “The precision of the measurements are not going to be like controlled studies and lab bench work.”

Epidemiology, he explained, “is the tool that we have to detect signals at the population level. And when then a signal turns out to be something like non-Hodgkin lymphoma, there’s a public interest reason why we should pursue potential triggers or causes of that sort of epidemiology.”

Stanford’s Goodman notes that Daubert hearings require a judge to be willing to do “a lot of reading and homework outside the courtroom.” Since so much of what is said in the court is part of the arguments, he added, “The lawyers can always make little disagreements sound big, and sometimes big disagreements sound small.”

For instance, at the end of the oral arguments, Monsanto’s attorneys summed up the proceedings and told the judge that the plaintiffs’ experts had not used adjusted odds ratios in some of their calculations. The plaintiffs’ attorneys countered by citing the precise instances where their experts had used the proper methodology.

The tactic illustrates what Goodman says is one often used in Daubert hearings. “If a judge is not anchored by something outside of what he hears in the courtroom,” he said, “it’s going to be very hard—they’re trying to throw sand in his eyes. And it’s very, very difficult to see.”

Meanwhile, Michael Baum, an attorney for some of the plaintiffs, said that the Monsanto Papers—emails and internal memos received from Monsanto as part of the discovery process of these trials, and which revealed the company’s efforts to discredit IARC and mainstream science—had already made waves elsewhere in the world.

“It’s like the Wizard of Oz,” Baum said. “When you pull back the curtain, and when we sent all this evidence to E.U. decision makers, regulators, and legislators, they started seeing they’ve been fooled. Decision makers are starting to make different decisions.”

The E.U. voted in 2017 to limit glyphosate’s license renewal for a period of only five years, and many European countries have announced plans to end its use within three years. “Countries like France and Italy and Austria are saying … ‘we’re not waiting three to five years, we’re moving as soon as there is a viable alternative,’” Baum added.

Salvador cautioned that the process works differently in the U.S. In Europe, “the default is to be precautionary, so that the interest of the public, and public well-being and health are paramount,” he said. “In the United States, the worldview is that the interests of industry and their right to make a profit are dominant … which is very convenient for folks that profit from spewing chemicals into the environment.”

Chhabria last week scheduled followup hearings April 4-6 for more in-depth questioning of two of the plaintiff’s experts on their epidemiological conclusions. He is expected to rule in May about scientific evidence and experts permissible in federal cases. Meanwhile, lawsuits against Monsanto in state courts are set to start in June.