Here is an opportunity to take action:  Mom’s Across America by Zen Honeycutt

To the EPA: Revoke the License of Glyphosate

Right now, the EPA is accepting comments from the public on the issue of whether or not to reregister glyphosate for another 15 years. This is one of the most hotly contested issues of our generation, and we need EVERYONE to comment. 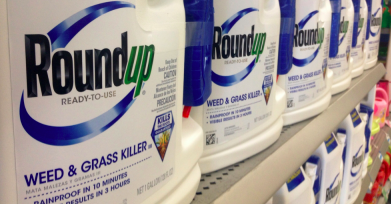 We simply ask that you be professional, add links to studies to back up your assertions ( see resources below), and share personal reasons why as well.

If you suspect harm to your family or loved ones from glyphosate herbicide Roundup, now is the time to tell them.

You may use parts of our comments below, but please do personalize your comment or else it will be deleted.

Feel free to comment more than once. The last time I checked the majority of the comments were in favor of glyphosate being renewed…no doubt the chemical companies are paying people to leave comments. Regardless, we need to bring clear independent science and honest pleas.

Please know that there are some inside the EPA that want to do the right thing, and have asked us to communicate with them. They need our support to make changes. Please leave a comment today.

Thank you for your partnership in creating health and freedom!

by Zen Honeycutt- Executive Director, Moms Across America with support from MAA Team