Just say no to sludge and fracking water on food crops.

From NPR: “When the EPA developed the standards for biosolids, it identified the chemicals and metals that are the greatest risk to human health and the environment and set strict concentration limits on them. (As we recently reported, the government has less strict standards for organic farmers who want to put untreated animal manure on their fields.)”

Conundrum…..what about bioaccumulation of toxic metals, endocrine disruptors and pesticides? “”The assumption has been that biosolids are safe, but there’s been very little scientific research on that,” Wilce tells The Salt.”

Whole Foods Bans Produce Grown With Sludge. But Who Wins?

If you’ve ever shopped at Whole Foods, you’ve probably noticed that some of the foods it sells claim all kinds of health and environmental virtues. From its lengthy list of unacceptable ingredients for food to its strict rules for how seafood is caught and meat is raised, the company sets a pretty high bar for what is permitted on its coveted shelves.

Now, Whole Foods is dictating what kind of fertilizer the farmers that grow its produce can use. Specifically, the company recently confirmed that the produce rating system it’s launching in September will prohibit produce farmed using sludge.

Sludge? This doesn’t exactly sound like something you’d want near your food. Also known as biosolids, it’s a type of fertilizer made from treated municipal waste and derived, in part, from poop. And though many farmers gladly accept sludge to enrich their soil, it’s a product with a pretty big PR problem. 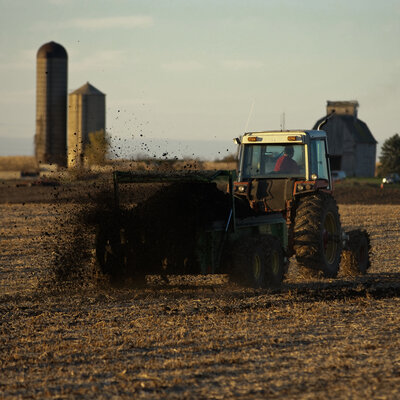 Is It Safe To Use Compost Made From Treated Human Waste?

You see, for several years now, a small group of activists has claimed that biosolids are toxic and full of heavy metals, pharmaceuticals and other chemicals. They argue that when farmers use biosolids to nourish their soils, they’re putting consumers at risk of getting sick.

But scientists who study sludge and waste experts say that this form of fertilizer actually delivers big environmental benefits.

The de facto leader of the sludge opposition is John Stauber, author of the 1995 book Toxic Sludge Is Good For You! Lies, Damn Lies and the Public Relations Industry.

Last week, one of the three groups Stauber founded, the Center for Media and Democracy, posted an article cheering the Whole Foods decision and claiming credit for pressuring the company into it.

Whole Foods spokeswoman Lindsay Robison tells The Salt that biosolids were banned in the name of transparency and being consistent with the U.S. Department of Agriculture’s National Organic Program, which doesn’t allow the material on fields where any certified organic product is grown. But, she adds, the company’s new biosolids ban won’t actually impact any of the company’s growers because, as far as the company knows, none of them use the material. 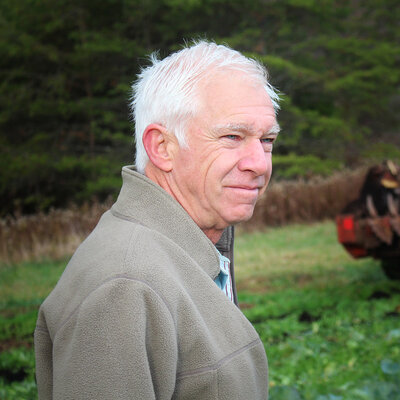 According to Rebekah Wilce of CMD, who wrote the article, Whole Foods’ move is a victory for consumers. “The assumption has been that biosolids are safe, but there’s been very little scientific research on that,” Wilce tells The Salt.

Actually, as we reported back in May, biosolids are heavily regulated by the Environmental Protection Agency, and have been ever since the 1980s, when the agency cracked down on wastewater treatment facilities and what they could discharge.

When the EPA developed the standards for biosolids, it identified the chemicals and metals that are the greatest risk to human health and the environment and set strict concentration limits on them. (As we recently reported, the government has less strict standards for organic farmers who want to put untreated animal manure on their fields.)

Still, Wilce’s group isn’t happy with the standards for biosolids — she says they’re insufficient. But when we asked for specific examples of facilities handing out biosolids with excessive amounts of dangerous chemicals or examples of people getting sick directly from them, Wilce did not supply us with any.

Chris Peot, director of resource recovery for the District of Columbia Water and Sewer Authority, argues that biosolids are actually a very safe material. His treatment plant has been turning the city’s waste into biosolids since the 1990s, and giving them away to farmers in the mid-Atlantic to use as fertilizer. And he’s confident that his sludge doesn’t pose a risk to anyone eating produce grown with it — because he’s constantly testing it, per EPA rules.

“Our material is extremely clean, and the metals that are in there are at extremely low levels,” Peot tells The Salt. “There are trace amounts of flame retardants, but they’re ubiquitous in the home now, where you’re much more likely to be exposed to dangerous levels of them. Still, we need to be ever vigilant, and continue to look for new chemicals that might be risky, so we do.”

Scientists and waste experts say there’s actually a large net environmental benefit to farmers and gardeners recycling the material as a soil amendment. They say it returns valuable nutrients like nitrogen back to the land and keeps the sludge out of landfills and waterways. And even though the small group of activists has raised consumers’ fears, scientists say that the evidence overwhelmingly suggests that sludge is safe and useful.

“This is a resource that’s really undervalued,” says Sally Brown, a soil scientist at the University of Washington who has been studying biosolids for over a decade. “If you do the carbon accounting, you see that biosolids actually capture carbon, unlike synthetic fertilizer, which is what farmers would otherwise be using.”

The opposition to biosolids comes from the fact that people are still uncomfortable with any material made from human waste, even if it’s been heavily processed and treated, Brown notes.

“People have been taught that poop is dangerous and it makes you sick, and so they’re suspicious of it,” she says. “And municipalities have done a terrible job of communicating what they do and what wastewater treatment really is.”

So where does the Whole Foods ban come in?

“Whole Foods,” says Brown, “made a business decision rather than a sustainability or environmentally based decision.”