Separately, FDA chemist Narong Chamkasem found “over-the-tolerance” levels of glyphosate in corn, detected at 6.5 parts per million, an FDA email states. The legal limit is 5.0 ppm. An illegal level would normally be reported to the Environmental Protection Agency (EPA), but an FDA supervisor wrote to an EPA official that the corn was not considered an “official sample”.

The FDA has been testing food samples for traces of glyphosate for two years, but the agency has not yet released any official results

“Even with low levels of pesticides, we’re exposed to so many and we don’t count the fact that we have cumulative exposures,” Birnbaum said.

US government scientists have detected a weedkiller linked to cancer in an array of commonly consumed foods, emails obtained through a freedom of information request show.

The Food and Drug Administration (FDA) has been testing food samples for residues of glyphosate, the active ingredient in hundreds of widely used herbicide products, for two years, but has not yet released any official results. 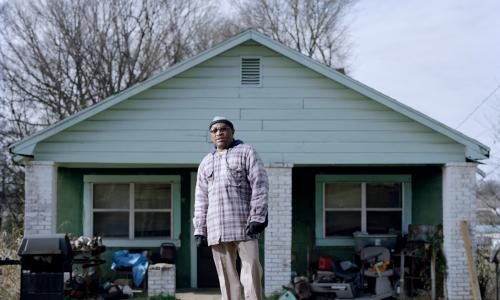 But the internal documents obtained by the Guardian show the FDA has had trouble finding any food that does not carry traces of the pesticide.

“I have brought wheat crackers, granola cereal and corn meal from home and there’s a fair amount in all of them,” FDA chemist Richard Thompson wrote to colleagues in an email last year regarding glyphosate. Thompson, who is based in an FDA regional laboratory in Arkansas, wrote that broccoli was the only food he had “on hand” that he found to be glyphosate-free.

That internal FDA email, dated January 2017, is part of a string of FDA communications that detail agency efforts to ascertain how much of the popular weedkiller is showing up in American food. The tests mark the agency’s first-ever such examination.

“People care about what contaminants are in their food. If there is scientific information about these residues in the food, the FDA should release it,” said Tracey Woodruff, a professor in the University of California San Francisco School of Medicine. “It helps people make informed decisions. Taxpayers paid for the government to do this work, they should get to see the information.”

The FDA is charged with annually testing food samples for pesticide residues to monitor for illegally high residue levels. The fact that the agency only recently started testing for glyphosate, a chemical that has been used for over 40 years in food production, has led to criticism from consumer groups and the Government Accountability Office (GAO). Calls for testing grew after the International Agency for Research on Cancer (IARC) classified glyphosate as a probable human carcinogen in 2015.

Glyphosate is best known as the main ingredient in Monsanto Co’s Roundup brand. More than 200m pounds are used annually by US farmers on their fields. The weedkiller is sprayed directly over some crops, including corn, soybeans, wheat and oats. Many farmers also use it on fields before the growing season, including spinach growers and almond producers.

Thompson’s detection of glyphosate was made as he was validating his analytical methods, meaning those residues will probably not be included in any official report.

Separately, FDA chemist Narong Chamkasem found “over-the-tolerance” levels of glyphosate in corn, detected at 6.5 parts per million, an FDA email states. The legal limit is 5.0 ppm. An illegal level would normally be reported to the Environmental Protection Agency (EPA), but an FDA supervisor wrote to an EPA official that the corn was not considered an “official sample”.

When asked about the emails and the agency’s testing, an FDA spokesman said only that the FDA had not found any illegal levels in corn, soy, milk or eggs, the four commodities it considers part of its glyphosate “special assignment”. He did not address the unofficial findings revealed in the emails.

The FDA’s official findings should be released later this year or early in 2019 as part of its 2016 annual residue report. The reports typically are released two to two and a half years after the data is collected.

Along with glyphosate, the agency has been trying to measure residues of the herbicides 2,4-D and dicamba because of projected increased use of these weedkillers on new genetically engineered crops. The FDA spokesman said that the agency has “expanded capacity” for testing foods for those herbicides this year.

Pesticide exposure through diet is considered a potential health risk. Regulators, Monsanto and agrochemical industry interests say pesticide residues in food are not harmful if they are under legal limits. But many scientists dispute that, saying prolonged dietary exposure to combinations of pesticides can be harmful.

Toxicologist Linda Birnbaum, who is director of the US National Institute of Environmental Health Sciences (NIEHS), said that current regulatory analysis of pesticide dangers does not account for low levels of dietary exposures.

“Even with low levels of pesticides, we’re exposed to so many and we don’t count the fact that we have cumulative exposures,” Birnbaum said.

The US Department of Agriculture was to start its own testing of foods for glyphosate residues in 2017 but dropped the plan.

The lack of government residue data comes as Monsanto attempts to bar evidence about glyphosate food residues from being introduced in court where the company is fighting off allegations its Roundup products cause cancer.

In a case set for trial on 18 June, San Francisco superior court judge Curtis Karnow recently denied the company’s motion to keep the jury from hearing about residues in food. The judge said that although Monsanto worries the information “will inflame the jury against Monsanto based on their own fear that they may have been exposed”, such information “should not be excluded”.