Denocracy is not a spectator sport. Please vote today…..

Passing Prop. 68 this June sends a powerful message to the nation about how much we value the environmental, economic, and quality of life benefits that our parks and natural resources provide for all Californians—now, and for many generations to come.

By Amy Hartman, Solano Group ExCom
When you go to the polls (or fill out your mail-in ballot) on June 5, 2018, you’ll have the opportunity to vote for the first parks and water bond that has been on a statewide ballot in 12 years. Senate Bill 5—the Park Bond Bill—passed out of both the Assembly and the Senate this past legislative session in Sacramento. Governor Brown signed the bill in October of 2017 and now, the $4.1 billion bond bill, supporting parks, water projects, and climate adaptation efforts throughout the state of California, will be brought to the voters in this year’s primary election.

The federal administration seems determined to put the nation’s environment at risk. Now is the time for Californians to stand up for our natural resources. Proposition 68 is an opportunity to do just that. The funding from the Park Bond Bill falls into 4 main categories: parks, flood, water, and climate adaptation.

Parks
In a recent Mercury News article, Bay Area Open Space Council Executive Director Deb Callahan noted that the measure contains $1 billion in competitive grants that are open to all regions of the state and that the Bay Area historically has done well in applying for them.

Flood
In a recent opinion piece, the Vice President of the Sierra Club, Susana Reyes, and California State Senator and Park Bond bill sponsor Anthony Portantino wrote, “Five years of severe drought followed by heavy rains have magnified the lingering aftermath of the 2008 economic downturn, leaving our state with a substantial need to invest in deteriorating local and regional parks and aging water infrastructure, dams, reservoirs, and flood protection.” 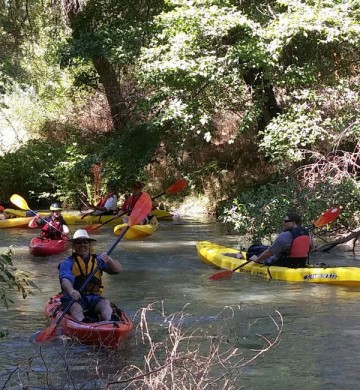 Over $1 billion dollars of Park Bond Bill funding would be allocated to “water projects” throughout the state, including: $290 for regional water sustainability, $250 million for clean and safe drinking water, $175 million for ocean and coastal protection, $162 million for rivers, creeks, and waterways, $100 million for water recycling, and $80 million for groundwater cleanup.

Notable water projects near the Bay Area include:

Climate Preparedness
According to State Senator Portantino, the Park Bond Bill will allocate $443 million for climate adaptation and resilience and $767 million for wildlife conservation and state conservancies. Much of this funding will protect and expand wildlife corridors, and will fund adaptation projects for fish and waterfowl and fire resiliency projects in the Sierras and Cascades. The Bay Area Conservancy Program’s climate work will also receive funding from this category.

Passing Prop. 68 this June sends a powerful message to the nation about how much we value the environmental, economic, and quality of life benefits that our parks and natural resources provide for all Californians—now, and for many generations to come.

On June 5, vote YES on Prop. 68—the first parks and water bond on a statewide ballot in more than 10 years.