“Today, environmental laws regulate the human use and destruction of nature……….As daily headlines tell us how we are tearing holes in the very fabric of life on earth, it is time to make a fundamental shift in how we govern ourselves towards nature …….”

Our laws make slaves of nature. It’s not just humans who need rights

For decades our laws have been a death sentence for the environment. Now, from the Amazon to Australia, the tide is turning

The Amazon rainforest is often called the earth’s lungs, and generates 20% of the world’s oxygen. Yet in the past half-century nearly a fifth of it has been cut down. The felling and burning of millions of trees is releasing massive amounts of carbon, in turn depleting the Amazon’s capacity to be one of the world’s largest carbon sinks – the natural systems that suck up and store carbon dioxide from the atmosphere. 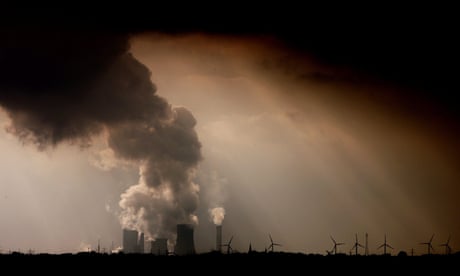 Can climate litigation save the world?

Recently, 25 children brought a lawsuit to end the deforestation and its devastating impacts on the environment and their own wellbeing. The case made its way to Colombia’s supreme court, which issued its decision last month. While deforestation is hardly a new issue in this region, the court’s response to the lawsuit certainly was. Commenting that environmental degradation – not only in the Amazon but worldwide – is so significant that it threatens “human existence”, the court declared the Colombian Amazon a “subject of rights”.

In 1972 the law professor Christopher Stone published a seminal article, Should Trees Have Standing?, that explored the possibility of recognising the legal rights of nature. He described how women and slaves had long been treated as rightless in law, and suggested that just as they had eventually attained rights, so trees and other nonhuman living things should also do so.

Today, environmental laws regulate the human use and destruction of nature. They legalise fracking, drilling, and even dynamiting the tops off mountains to mine coal. The consequences are proving catastrophic: the die-off crisis of the world’s coral reefs, accelerating species extinction, climate change. Finally, though, this is changing. In 2006 the first law recognising the legal rights of nature was enacted in the borough of Tamaqua, Pennsylvania, in the United States. The community sought to prevent dredging sludge laden with PCBs (polychlorinated biphenyl) being dumped in an abandoned coalmine. The organisation I work for, the Community Environmental Legal Defense Fund, helped the council draft the law, transforming nature from being rightless to possessing rights to exist and flourish. It was the first such law in the world. Communities across more than 10 US states have now followed suit, including New Hampshire, Colorado and Pittsburgh.

The poisoned landscape left left by an illegal goldmine in the Amazon forest. After the decision to grant legal rights to nature in Pennsylvania, representatives of my organisation met Ecuador’s constituent assembly in 2008, which was elected to draft a new constitution. We discussed the rights of nature, and why communities all over the world find themselves unable to protect nature under laws that authorise its exploitation. The assembly’s president, Alberto Acosta, told us: “Nature is a slave.”

In 2006 the first law recognising the legal rights of nature was enacted in the borough of Tamaqua, Pennsylvania

However, that year Ecuador enshrined the rights of nature – or Pachamama (Mother Earth) – in its constitution, the first country to do so. Since then Bolivia has put in place a Law of Mother Earth. Courts in India and Colombia have similarly ruled that ecosystems possess rights. In Mexico, Pakistan, Australia and other countries, rights-of-nature frameworks are being proposed and enacted.

Colombia’s supreme court was asked to consider the climate-change impacts of Amazon deforestation in the lawsuit that led to its groundbreaking ruling. Similarly, in Nepal the Center for Economic and Social Development is working to advance rights to protect against climate change. The Himalayas – known as the world’s third pole – are experiencing warming faster than any other mountain range on earth. With the melting of ice and snow, a Sherpa told us, “the mountains are turning black”. But now a constitutional amendment has been developed that would, if adopted, recognise the rights of the Himalayas to a climate system free from global-warming pollution. It would for the first time provide a platform for Nepal to hold major climate polluters accountable for violating the rights of the mountains.

Law today divides the world into two categories: persons, capable of having rights; and property, unable to possess rights. While there is no universally agreed upon definition of “legal person”, it is generally understood to mean an entity capable of bearing rights and duties. The problem that the rights-of-nature movement is now encountering is that this definition is predictably problematic when it comes to rivers, forests or nature more broadly.

In 2017, for example, the state high court in Uttarakhand, India, ruled that in order to protect the Ganges and Yamuna rivers, they should be considered legal persons with “all corresponding rights, duties and liabilities of a living person”. In a subsequent appeal to India’s supreme court, the state government asked whether, if the rivers flood, leading to the death of a human being, a lawsuit could be filed for damages. Could the Uttarakhand chief secretary of state, named by the court as one of several officials in loco parentis, be held liable on the river’s behalf? In this case, the supreme court decided not.

Can we hold a river accountable for flooding, or a forest for burning? Of course not. Yet existing legal systems force us to think of nature in terms of human concerns rather than what concerns nature. With the past three years the warmest in recorded history, and as we face what has been called the sixth great extinction, lawmakers and judges appear increasingly to agree that it is time to secure the highest form of legal protection for nature, through the recognition of rights.

To make progress in this area, we must break away from legal strictures that were never intended to apply to nature, such as legal personhood, and establish a new structure that addresses what nature needs. Perhaps we can call this framework legal naturehood. A recent symposium at Tulane Law School, in New Orleans, brought together academics, lawyers and activists to develop a set of guidelines for recognizing and enforcing legal rights of nature, known as the rights-of-nature principles.

These define the basic rights that nature needs, including rights to existence, regeneration and restoration. Further, they call for monetary damages derived from violations of these rights to be used solely to protect and restore nature to its pre-damaged state. In addition, they outline a means for nature to defend its own rights – like children unable to speak for themselves in court – by being the named “real party in interest” in administrative and court proceedings. The principles build on laws and judicial decisions that have begun to accumulate in this new area of law, laying the groundwork for what legal naturehood could look like.

As daily headlines tell us how we are tearing holes in the very fabric of life on earth, it is time to make a fundamental shift in how we govern ourselves towards nature – before, as Colombia’s constitutional court wrote, it’s too late.