They will be coming after our coasts next…..”A National Academy of Sciences study estimated that the total area within the continental United States suitable for premium wine growing could be reduced as much as 81 percent by the end of this century under a high-emissions scenario, primarily due to an increase in extremely hot summer days (over 95 degrees Fahrenheit, or 35 degrees Celsius).

As part of this “warming” scenario, according to some projections, premium wine grapes could only be grown in a thin strip of land along the coast of California, while the climate becomes more favorable in coastal Oregon and Washington, or at higher elevations in Idaho, Colorado and Canada. Significant average annual temperatures could severely damage crop yields for certain cool-weather-loving wine varietals such as pinot noir, except in coastal areas.”

Napa County could release its long-awaited climate action plan (CAP) in the first quarter of 2019, following more than a decade of trying to create a plan stakeholders could agree on and live with.

The effects of climate change on Napa County’s wine industry could be substantial. California wine shipments in the U.S. reached an estimated retail value of $35.2 billion in 2017, up 3 percent from the previous year, including 241 million cases shipped to the U.S. and 278 million cases shipped worldwide worth $1.5 billion, according to the Wine Institute.

Renewed emphasis on developing CAPs comes after several years of forecasts from scientists and researchers saying the U.S. wine industry could be in peril from rising temperature associated with climate change and increasing greenhouse gas (GHG) levels.


For example, a decade ago, a scholarly report on impacts, adaptation and vulnerability of climate change said while warm nights have boosted growth of high-quality wine grapes in California, further warming is not likely to be as beneficial.

A National Academy of Sciences study estimated that the total area within the continental United States suitable for premium wine growing could be reduced as much as 81 percent by the end of this century under a high-emissions scenario, primarily due to an increase in extremely hot summer days (over 95 degrees Fahrenheit, or 35 degrees Celsius).

As part of this “warming” scenario, according to some projections, premium wine grapes could only be grown in a thin strip of land along the coast of California, while the climate becomes more favorable in coastal Oregon and Washington, or at higher elevations in Idaho, Colorado and Canada. Significant average annual temperatures could severely damage crop yields for certain cool-weather-loving wine varietals such as pinot noir, except in coastal areas.

As of today, Napa County is still without a final plan.

The Napa County grand jury highlighted the lack of progress in its final report to the Napa County Board of Supervisors on June 18. 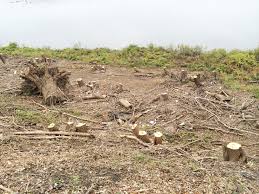 The grand jury observed that immediate and significant health, environmental, economic and national security dangers exist — among a variety of threats and risks — due to an increase in global temperatures.

Their recent report said, GHG emissions are an increasing health concern and are believed by climate scientists to be the leading cause of climate change. They argue that substantial reductions in human-caused GHG emissions are needed by the mid-21st century to prevent likely catastrophic planetary consequences, based on reports in the Pentagon’s Military Times and climate-related articles from NASA and government scientific consensus sources.

In recent years, average annual temperatures in the Napa region have gone up about 1 to 2 degrees Celsius, after some very hot years. Climatologists say damage will result if these averages were to rise 3 degrees or more. Others point out that negative effects of climate change will be offset due to Napa County’s mild winters with less chance of frost, and warm, dry summers accented with a mixture of cool fog and marine layer incursions in the morning

Since 2008, the county has had to address a broad array of evolving issues and public concerns, while dealing with developments out of its control, according to the grand jury report’s summary and background. These challenges have been time-consuming and have postponed finalizing the CAP.
“We’ve been working with local stakeholders for over 12 years on a Napa Valley specific climate study with the Scripps Institute of Oceanography, but a climate action plan never made it to the finish line,” according to Rex Stults, government relations director for the Napa Valley Vintners.The Scripps 2011 paper on historical temperature changes in Napa Valley included 10,000 data points. Napa Valley Vintners is planning to update the study this year.

“We have been paying close attention to this emerging issue. Our goal is to ensure that a final CAP will not be a burden on the wine community, the principal industry here, or cause our members to bear the brunt of ways proposed to remedy GHG. The previous strategic plan draft supported a scientifically based CAP approach.”

Over the past decade, instead of coordinating a countywide effort, municipalities and districts within Napa County were each working on their own separate plans to address GHG emissions, while some only took municipal operations into account. 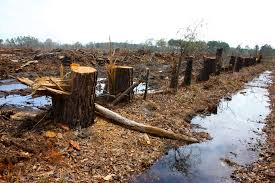 The CAP the county is drafting now only covers unincorporated areas outside of Napa, American Canyon, Yountville, St. Helena and Calistoga. These five incorporated areas produce almost 50 percent of the county’ GHG emissions. The cities are planning to develop similar CAPs of their own.

The grand jury recognized the limits of the county’s governance authority over the other Napa entities, and concluded that a collaborative effort by all county entities would represent an approach reflecting a consensus view of all — as was the case when the Napa Operational Area Hazard Mitigation Plan was adopted in 2004.

Several factors have slowed the process leading to a climate action plan for Napa County.

Currently, there is no county measurement or reporting system for GHG emissions for the 500-plus wineries operating in the county. When a winery or other project requires an environmental impact report (EIR), emission calculations are based on estimates, with no ongoing reporting and monitoring of actual emissions to ensure compliance with Bay Area Air Quality Management District (BAAQMD) emission thresholds.

The grand jury said that as the most significant commercial industry within the county, the impact of winery operation GHG emissions should be measured, reported and included in GHG emission reduction targets. The grand jury also recommended that county government take the lead in coordinating countywide efforts to mitigate climate change effects.

“In a major decision by county Superior Court in July 2017, Judge Nancy Case Shaffer ruled in favor of Sonoma County Attorney Jerry Bernhaut in his lawsuit arguing that Sonoma County’s action plan was inadequate,” said David Morrison, director of planning, building and environmental services for Napa County. “This decision made us stop and rethink the direction we were taking to comply with all applicable requirements.”

The ruling said Sonoma County’s CAP EIR was based on insufficient information about GHG emissions and failed to include effectively enforceable, clearly defined performance standards for GHG emission- reduction measures, while also failing to develop and fully analyze a reasonable range of alternatives.

The ruling also said Sonoma County needed to consider a wider range of GHG sources, use better measurement methodologies and more complete analysis of how well reduction measures will work.

Morrison said staff is developing a draft EIR for its CAP. Following a public comment period, the draft will go to county supervisors. He added that the methodology for calculating GHG emissions has changed in recent years, causing Napa County to continually modify its measurement approach. “We intend to fully comply with California Air Resources Board and Bay Area Air Quality Management District guidelines as we develop our CAP,” Morrison said. “Blazing trails by being among the first to create such plans can have drawbacks. We have the advantage of benefiting from the success of other climate action plans already approved.”

He said Napa County is far from being among the last to develop a CAP, since only about 25 percent of California counties have such plans in place now.

“Today CARB and other regulatory agencies are looking for plans that are flexible, adaptive and resilient when it comes to addressing climate change issues,” Morrison said. “We want to take the time to do it right.”

Federal climate change policy, under the “global warming” banner, dates from 1970 with the passage of the National Environmental Policy Act requiring federal agencies to assess environmental effects of their proposed actions prior to making decisions.

Later in 1970, California followed the federal government’s lead and approved the California Environmental Quality Act (CEQA). The Governor’s Office of Planning and Research prepares and develops amendments to the CEQA guidelines for certification and adoption. The most recent guidelines were adopted in November 2017.

California further addressed the increased threat posed by climate change by passing Assembly Bill 32 in 2006. The bill calls for a GHG emissions reduction goal for 2020 that is approximately 15 percent below emissions expected under a business-as-usual scenario.

In 2016, Senate Bill 32, which updated the California Global Warming Solutions Act of 2006, was enacted and established a new, expanded emissions reduction target of 40 percent below 1990 levels by the year 2030.

A related concern is the fact that no 1990 benchmark GHG emission measurements exist for Napa County, meaning that estimates have to be made based on a starting point in 2014 when records were first established. He said the county has developed sound GHG estimates going back several years to fill this gap.

Vintners spokesman Stultz said it is premature to impose drastic steps designed to mitigate the warming factor, such as considering the possible future introduction of genetically altered varietals that can tolerate warmer weather — but take years to create.

“We have to deal with what Mother Nature gives us,” Stults said. “After all, this is about farming that people have to cope with year after year. In 2011 it was cool and wet, and vintners had to be nimble and react. Other years have been dry and warmer. There are a number of tools in our toolbox to help us address the warming factor, include better canopy management to minimize sun exposure, or ways to modify the sun-facing aspect of vineyards to provide more shade. These and a variety of other techniques are being implemented now.”