Food & Water Watch: The fracking industry front group, ironically calling themselves “Protect Colorado,” are already preparing to try to stifle the voice of the people: They’ve already pledged to challenge the validity of the 171,000 signatures gathered by hundreds of volunteers through the Colorado Rising campaign.

Visit Colorado Rising’s website to help and get information  including an inactive map showing all fracking wells in Colorado, there’s alot and some are already abandoned. https://corising.org/ 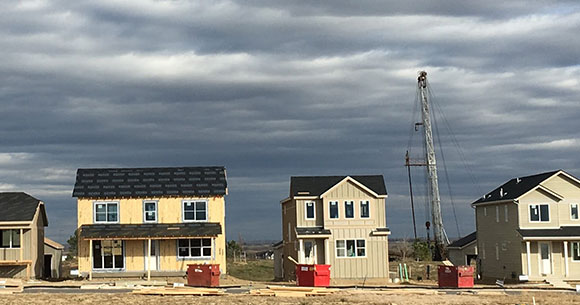 The contentious effort to set new restrictions on the natural-gas industry’s “fracking” wells has qualified for the ballot, the Colorado Secretary of State’s office confirmed this week.

Initiative 97 calls for establishing a 2,500-foot buffer zone between gas wells and any home, school, or water resource — a distance the Colorado Oil & Gas Association claims would strangle the state’s booming gas production. Currently, there is only a 500-foot setback requirement.

The ballot campaign needed 123,195 valid voter signatures to make the ballot and state officials confirmed the petitions on Tuesday.

Requiring a larger buffer zone is aimed at the water-injected, gas-extraction process called “fracking.” Critics argue that process has been linked to seismic tremors, water pollution issues and even a fatal gas pipeline explosion.

The activist group Colorado Rising wrote the ballot measure and it claimed it was the target of campaign harassment, with one signature-gathering vendor leaving the state with campaign petitions and another reporting that opponents were buying off petition gatherers.

Stapleton echoes the state’s gas industry in arguing that a 2,500-foot buffer would severely injure the gas industry that has fueled economic growth in areas like Weld County. He favors the status quo.

Just four years ago, Polis was pushing for tougher setback requirements —some as large as 2,000 feet — but agreed to drop that campaign at the request of Gov. John Hickenlooper, who is a fracking supporter and said the state would study the setback issue.

This year, Polis is opposing Initiative 97, telling the gas association that it goes too far and would all but ban fracking wells in the state.