New Urban Trail Connects City with State Park
Urban trails are a tremendous asset to any community. They provide easy access to open space, and are a place for people to enjoy the outdoors and the company of others. In some cases, the process of building a trail acts as a catalyst to restore damaged or neglected lands. 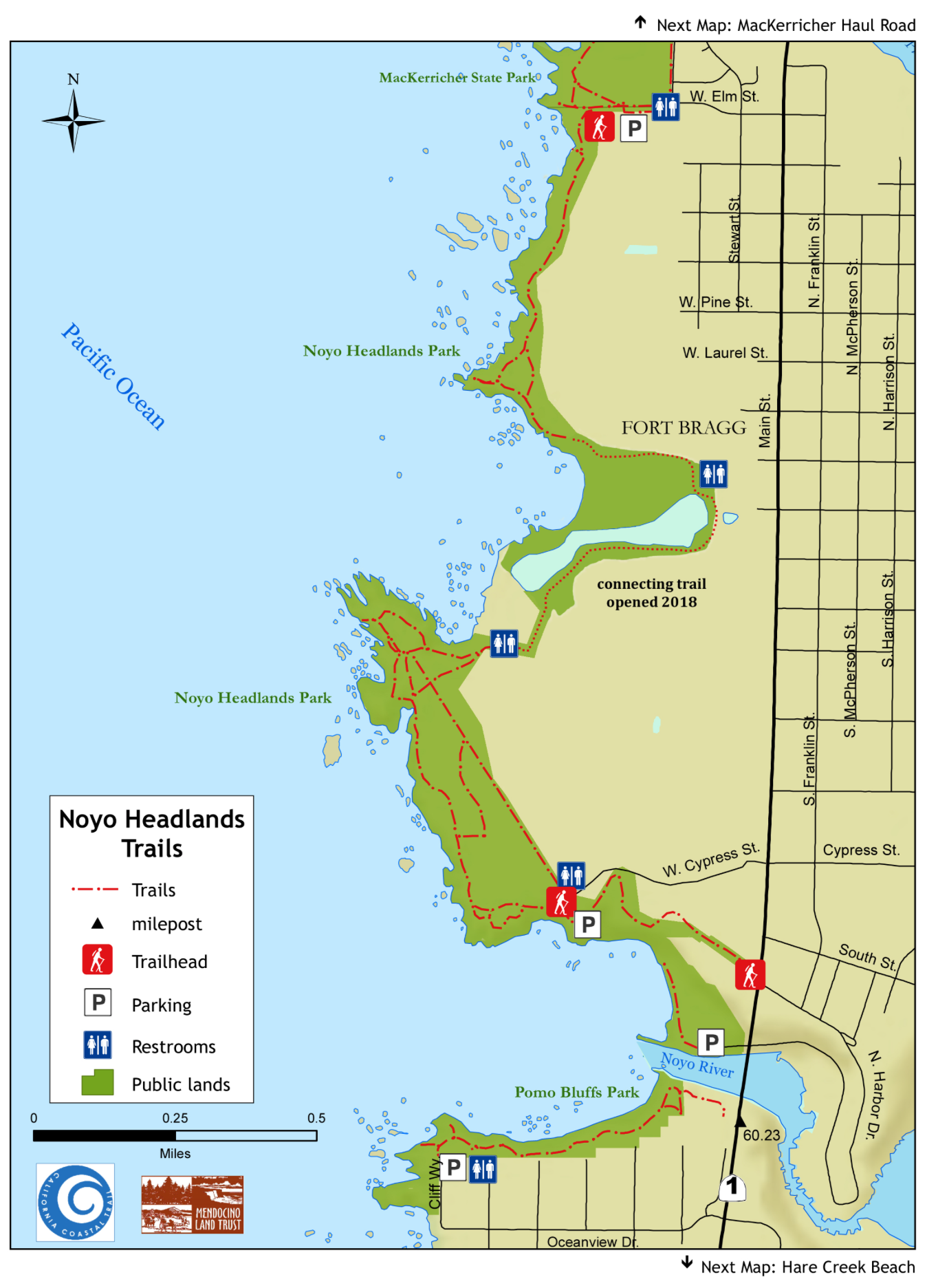 The development of the park and the trail demonstrate the power of collaboration between multiple partners in government and the private sector. Built on the site of the old Georgia-Pacific mill facility, the project restored over 30 acres of industrial land and opened up miles of coastal land for public access. Funding for the restoration was provided through grants from the Statewide Park Program and Caltrans, and Georgia-Pacific made a generous donation of land.

The trail consists of both paved and gravel surfaces, making it ideal for walkers, runners, and cyclists. Complementing the spectacular coastal views along the trail, visitors will find interpretive signs, welcome plazas, and unique benches designed and built by local artists. The trail also provides access to the Crow’s Nest Interpretive Center, a project of the Noyo Center for Marine Science.

With the recent completion of the final section of the trail, it is now possible to walk or cycle from the southern end of Ft. Bragg along the coast all the way to MacKerricher State Park.

The City of Ft. Bragg will celebrate its birthday and the completion of the

Coastal Trail with a grand celebration on August 5, 2018. Plans for the celebration include the 2nd annual Noyo Headlands Race along the trail, live music, food, beer garden, kids activities, and more.

If your travels bring you north to Ft. Bragg, don’t miss the opportunity to take a walk on the Coastal Trail. It is an inspiring example of the power of an urban trail to open up new possibilities for a community.