Glyphosate – the most used pesticide ever – damages the good bacteria in honeybee guts, making them more prone to deadly infections

The world’s most used weedkiller damages the beneficial bacteria in the guts of honeybees and makes them more prone to deadly infections, new research has found.

Previous studies have shown that pesticides such as neonicotinoids cause harm to bees, whose pollination is vital to about three-quarters of all food crops. Glyphosate, manufactured by Monsanto, targets an enzyme only found in plants and bacteria.

However, the new study shows that glyphosate damages the microbiota that honeybees need to grow and to fight off pathogens. The findings show glyphosate, the most used agricultural chemical ever, may be contributing to the global decline in bees, along with the loss of habitat.

Other research, from China and published in July, showed that honeybee larvae grew more slowly and died more often when exposed to glyphosate. An earlier study, in 2015, showed the exposure of adult bees to the herbicide at levels found in fields “impairs the cognitive capacities needed for a successful return to the hive”.

“The biggest impact of glyphosate on bees is the destruction of the wildflowers on which they depend,” said Matt Sharlow, at conservation group Buglife. “Evidence to date suggests direct toxicity to bees is fairly low, however the new study clearly demonstrates that pesticide use can have significant unintended consequences.”

Prof Dave Goulson, at the University of Sussex, said: “It now seems that we have to add glyphosate to the list of problems that bees face. This study is also further evidence that the landscape-scale application of large quantities of pesticides has negative consequences that are often hard to predict.”

However, Oliver Jones, a chemist at RMIT University in Melbourne, Australia, said: “To my mind the doses of glyphosate used were rather high. The paper shows only that glyphosate can potentially interfere with the bacteria in the bee gut, not that it actually does so in the environment.” 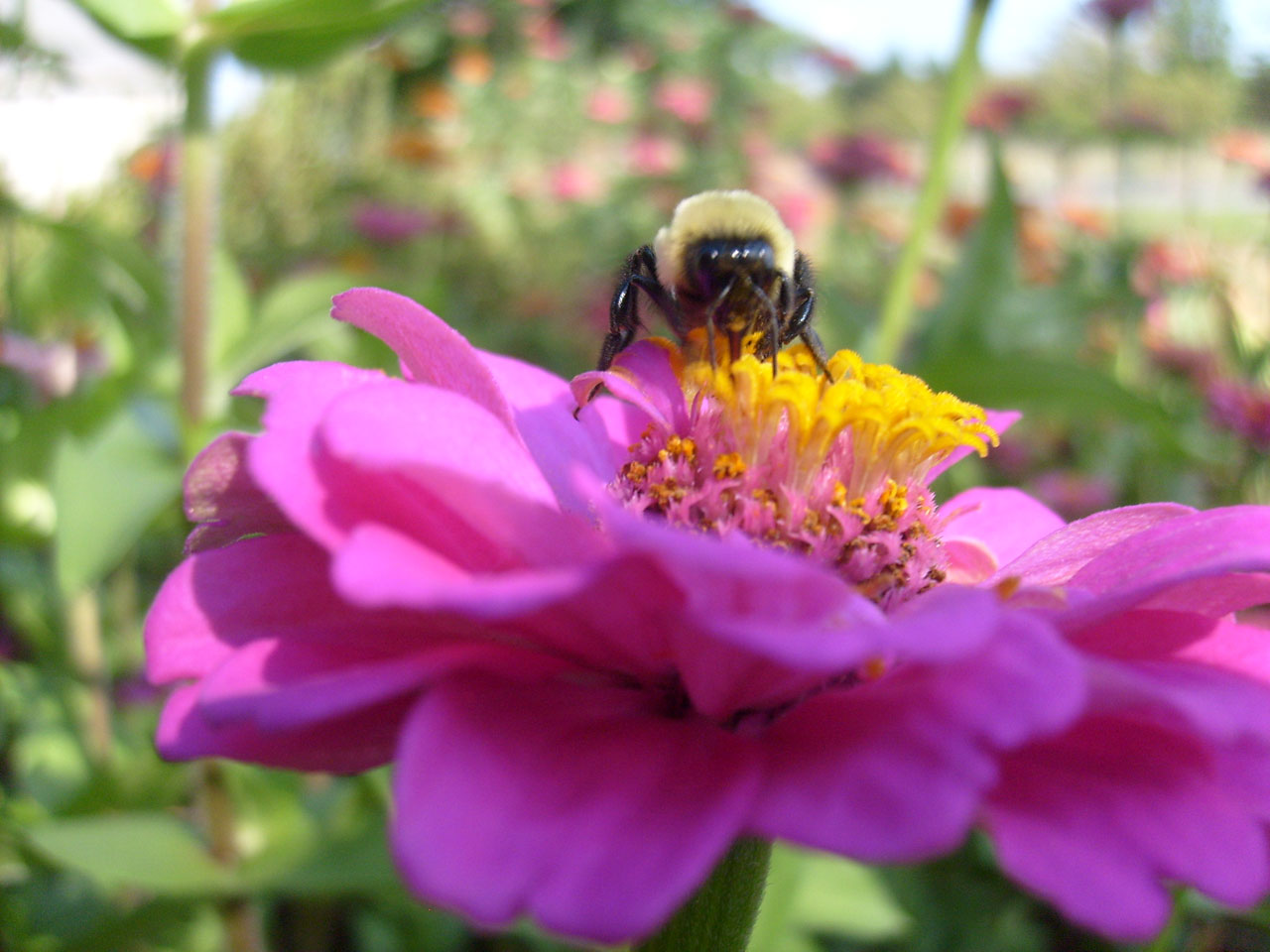 A spokesman for Monsanto said: “Claims that glyphosate has a negative impact on honey bees are simply not true. No large-scale study has found any link between glyphosate and the decline of the honeybee population. More than 40 years of robust, independent scientific evidence shows that it poses no unreasonable risk for humans, animal, and the environment generally.”

The new research, published in the Proceedings of the National Academy of Sciences, found that some of the key beneficial bacteria in bees’ guts have the enzyme that is targeted by glyphosate. It also found that the ability of newly emerged worker bees to develop a normal gut biome was hampered by glyphosate exposure.

Harm to gut bacteria by glyphosate exposure has also been shown in a pilot study in rats. “Gut bacteria play a vital role in maintaining good health, in organisms as diverse as bees and humans,” said Goulson. “The finding that these bacteria are sensitive to the most widely used pesticide in the world is thus concerning.”

People are known to widely consume glyphosate residues in food – such as children’s breakfast cereal – but the health impact is controversial. In August a US court ordered Monsanto to pay $289m in damages after a jury ruled that the weedkiller caused a terminally ill man’s cancer. The company filed papers to dismiss the case on 19 September.

The weedkiller, sold as Roundup, won a shortened five-year lease in the EU in 2017. In 2015, the World Health Organisation’s cancer agency, the IARC, declared glyphosate “probably carcinogenic to humans,” although several international agencies subsequently came to opposite conclusions. Monsanto insists glyphosate is safe.