The Dark Side of Sonoma’s Sustainability Movement: Part 2 – Reactions and A Mancozeb Honor Roll by Pam Strayer

Last month’s blog post on the Dark Side of Sonoma’s Sustainability got a lot of attention – more than 6,000 page views on my site (and counting) – which, for me, was quite unexpected.

The reactions ranged from:
• Satire by Ron Washam (the Hosemaster of Wine) which is now posted on Tim Atkins’ site (international audience)
• An email – and an invitation to lunch which I look forward to – from Marimar Torres (who still, in her own winery’s sustainability handout, doesn’t seem to be able to bring herself to say she has surrendered her organic certification and still erroneously says on her web site that she is biodynamic)
• A blog response from the Sonoma County Winegrowers

All this is good, because now we have a public conversation – and hopefully all kinds of conversations – about some of these big issues.

I also have my own reaction – which was to dig a little deeper into the pesticide use report data about Mancozeb, because it’s such a toxic material. Dutton wasn’t the only one using it in Sonoma County.

(Again, to repeat from my earlier article: Pesticide Action Network classifies Mancozeb as a Bad Actor – i.e. seriously bad stuff – and a carcinogen, developmental and reproductive toxin, and a probable endocrine disruptor. It’s highly toxic to fish. The National Academy of Sciences urged the EPA to ban it starting in 1987, calling it one of the most potent carcinogens in agriculture.)

In addition, I wanted to see how effective the two main certification groups used by the Sonoma Certified Sustainable group – Fish Friendly Farming (FFF) and the California Sustainable Winegrowing Alliance (CSWA) – were in curtailing the use of Mancozeb.

Both programs say the material is not permitted, but the data shows that growers certified under each program were still using it in 2017-2018.

Some people misinterpreted what I wrote, thinking it was all about bashing sustainability. But, as I wrote in the original post, there are many positives. What I take issue with is the programs’ lack of transparency and accountability. And enforcement.

We want to trust that these sustainability programs will do us proud and move growers to more regenerative practices. But can we trust them?

There’s a newly added and far more serious dimension to these certifications that I’ve learned about in interviews with experts. 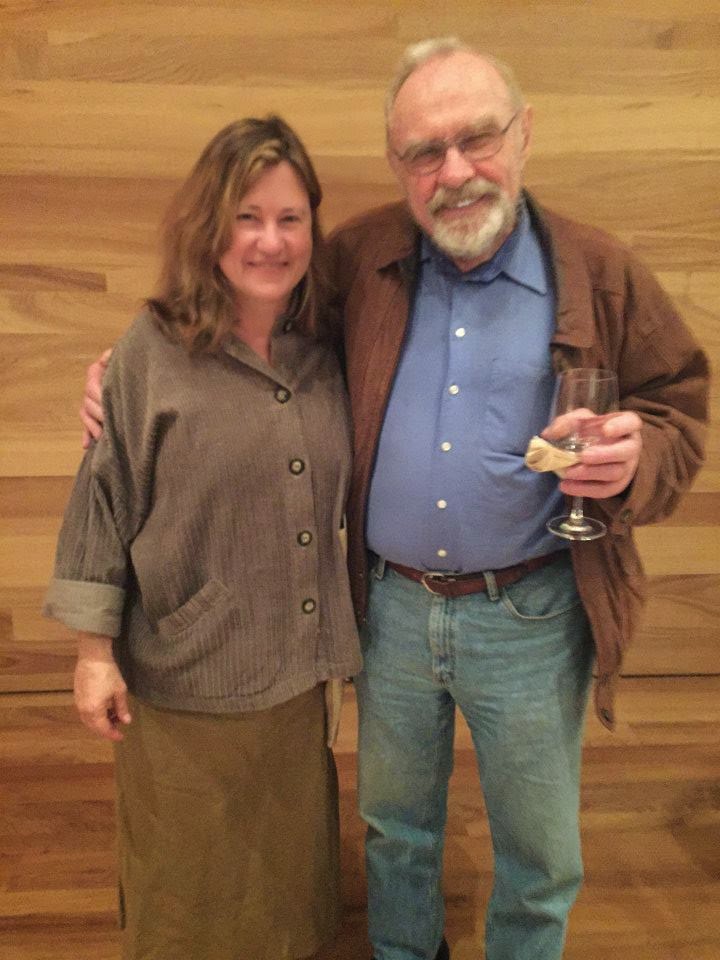 So it’s not a bad time to ask: how well are these programs being enforced?

And does enforcement last beyond initial certification date? How well are growers being monitored for ongoing compliance?

And who’s overseeing these certifiers?

Organic certifiers must face (and pay for) annual certification audits from the federal government’s National Organic Program. It’s the law. Even seemingly minor infractions – like an employee sharing a document with a co-worker who is not authorized to view it – are grounds for terminating a certifier’s entire operation.

The biodynamic certifier Demeter USA, a nonprofit, is reviewed by Demeter International officials.

But who audits FFF and CSWA to see if they are in compliance?

A whole other issue is marketing.

Should program compliance – with water quality and other legal farming requirements – enable vintners to put green labels on their wines?

Each of these two programs does require growers to do more than just meet the legal standards (which are extensive), but how much more is a bit fuzzy. I’ve yet to see a sustainability program that compares and contrasts what’s compliance related versus what is additional frosting on the cake – i.e. how what the program requires exceeds the legal requirements. It would be great to see the delta.

In short, do you get a merit badge for doing a little bit more than what the law demands? And just what is that little bit more? (Or is it a lot more?)

On the issue of enforcement…we can return to the Dutton story – (I’m sorry to keep bringing you up, Steve – it’s not personal; I hope we’ll meet one day and have a beer or something) – as an illustration of the transparency and accountability issues at hand.

In response to my article, the Sonoma County Winegrowers wrote a blog post. In it, the author says, “As soon as Steve Dutton learned that Mancozeb was on the Certified Sustainable red list, he stopped using it that day. Something that wouldn’t have necessarily been on his radar if he wasn’t actively involved in his sustainability program.”

Is this a Monty Python skit? 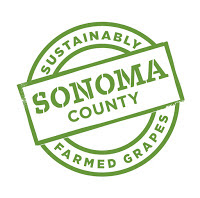 That’s like getting pulled over by a cop, for speeding, and trying to say you didn’t see the speed limit sign, but now that you’re stopped, because the officer pulled you over, you’re not speeding. See how well that works with CHP.

If a grower had been certified by an organic or biodynamic certifier, he or she would have lost their certification immediately and would not be able to display the certification on any of their products.

But is he going to be expelled from FFF for it?

Are the Sonoma Winegrowers going to stop him from labeling his bottles with their green label for the vintages when he was using Mancozeb?

COMMUNICATING STANDARDS: HOW DID DUTTON FIND OUT MANCOZEB WAS PROHIBITED?

There’s another piece of this story that’s troubling as well.

How did Dutton find out that Mancozeb was prohibited under the rules?

How did his neighbor know? A chance meeting with me. His neighbor and I connected over a different topic. But then we realized that what I was seeing on this Mancozeb topic was, indeed, very relevant to his neighbor.

I was researching Mancozeb because I found it odd that while the rest of the state’s winegrowers had pretty much abandoned it, a certain small group of growers in Sonoma were still regularly using it. And then it came to light – in a later email conversation with his neighbor and me – that Dutton lived near my new acquaintance.

I am just someone from Oakland with a health communications background who occasionally likes to read the pesticide use reports from time to time (more interesting than People magazine) and ponder a good mystery to research.

Again, this whole post is not about Dutton per se; it’s about the promise and perils of running a certification program. And then using those “standards” to bottle label wines in the hopes of telling consumers that there’s something more virtuous about the way these wines were grown. (When certifiers are not rigorously enforcing program standards.)

FROM PERMITS TO LABELS: A COMING GREEN MARKETING AVALANCHE?

The added dimension of growers now flocking in growing numbers to FFF and CSWA in order to meet the newly mandated regional water board permit requirements could play out on the marketing side of things as well.

FFF and CSWA are the two main avenues for getting a permit that growers in the Napa River and Sonoma Creek watersheds will opt to use. (A third option – RCD’s Landsmart program in Napa – requires growers to make their farm plans public documents, which many prefer not to do.)

Vineyards certified by FFF and CSWA in Sonoma are eligible to display Sonoma Sustainable labels on their wine bottles.

Will a growing number of these vintners then turn around and use those certificates to get marketing credit? That suggests there may be an avalanche of FFF and CSWA signs going on up on vineyards – and green stickers on wine labels.

But can we believe in them? 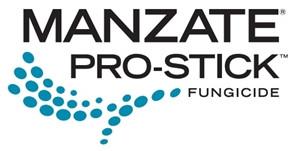 The list of Sonoma Certified Sustainable vineyards is called the Honor Roll, so I thought I’d follow suit.

CSWA prohibits the use of this fungicide (after being in the program for one year). Several CSWA-certified vineyards listed here appear to be using it. (It’s unclear whether they are using it within their first or subsequent years of certification since CSWA doesn’t display date of entry into their program online. CSWA has plans to display more info on its web site starting in 2019).

Typically, growers who use Manzcozeb apply it at roughly 2 pounds per acre. 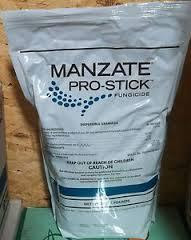 The top five users account for more than 80 percent of the Mancozeb used on vineyards in Sonoma:

These grapes are sold to many wineries. 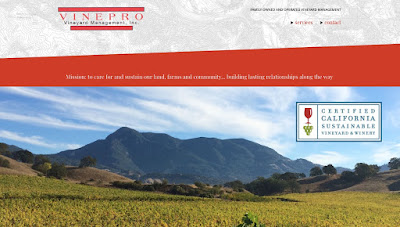 (This is the Laird Family’s vineyard management company. They are also the largest vineyard owners in Napa County, with about 5{5fc40a96f14c4a6aa4c2a32569b0a57dcc67c0b31eb04c341474283f11b6cdd2} of Napa County’s vineyard acreage. Except for one other grower in 2017 [Pride Mountain], Bayview is the only Napa grower using Mancozeb.) 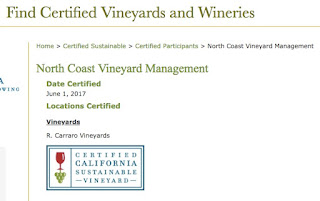 Find the complete list of the vineyards using Manzate Pro in Sonoma here.

AT THE END OF THE DAY…

From the outside, it looks like the sustainability certification systems have a ways to go before they can match the transparency and accountability of the organic and biodynamic systems. Being a certifier is not an easy job. But if you want to use it as a marketing tool, enforcement and trust are the name of the game. It doesn’t happen overnight. But will it happen?