Napa’s “bad boy” Joe Wagner not making any friends in Oregon either:

A brash, jet-setting Napa Valley winemaker is crashing Oregon’s pinot party, and the hosts aren’t wild about his table manners. It’s Joseph “Joe” Wagner of Copper Cane Wines & Provisions versus the Oregon Winegrowers Association, and their battle over allegedly deceptive wine labels is at a boiling point.

Wagner, a fifth-generation California winemaker, has been making Oregon pinot noir for four years under his Elouan label. But Wagner doesn’t own a winery or a single vineyard in Oregon. Instead he purchases Oregon grapes and ships them by truck to his facilities in California. The winegrowers association asks, “Is Wagner using deceptive practices to take advantage of the Willamette Valley’s reputation in the process?”

As a grape-growing region, the Willamette Valley American Viticultural Area is recognized by the federal Alcohol and Tobacco Tax and Trade Bureau as having a distinct soil type, climate and geography. “For winegrowers, AVA status is like earning a master’s degree for their designated area,” says Jim Bernau of Willamette Valley Vineyards in Turner. “Labeling, packaging and marketing materials are the wine’s resume upon which consumers can rely. AVAs are the gold standard of geographic designation. ” 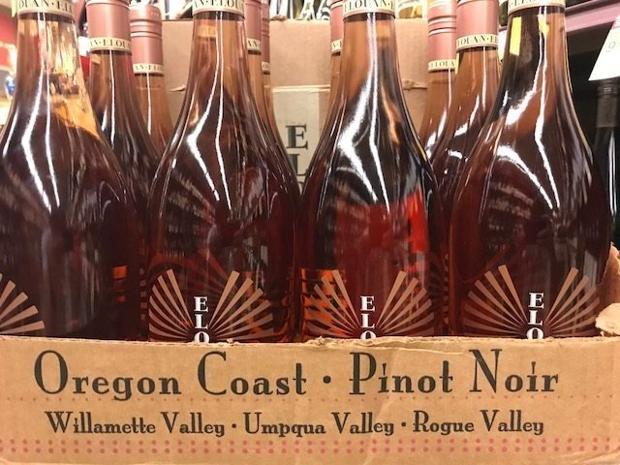 At issue is whether Elouan wine labels and advertising materials diminish the integrity of the Willamette Valley AVA and whether they take advantage of that gold standard in violation of Oregon and federal labeling regulations.

If a winery takes grapes out of an AVA to make wine in another state, federal and state regulations prohibit stating or implying the area’s name on labels or advertising materials. The out-of-state winery is limited to using general indications of origin like “Oregon” or “American.”

The winegrowers association says Elouan is violating regulations by stating or implying the names of the Willamette Valley, Umpqua Valley and Rogue Valley AVAs on the labels and advertising materials for three Elouan pinot noirs: the Oregon, The Willametter Journal and the Missoulan Wash. I asked Wagner if he thought The Willametter Journal, first released in 2018, triggered the battle.

“We received a notice to stop producing The Willametter Journal because the name was too similar to Willamette Valley Vineyards,” Wagner says. “I got on the phone right away with Bernau and tried to explain to him what our perspective was and to find a resolution. He said short of abandoning the name, there is no other resolution. This was the catalyst. Then, all of a sudden he’s come out as the leader of this group trying to damage our wines. He’s pulling all his strings as hard as he can to stop us from making Oregon wines.”

Bernau says he was already looking into Elouan wines when he became aware of The Willametter Journal.

“Our trademark attorney called me to say that Copper Cane filed a trademark application for The Willametter Journal,” Bernau says. “Our attorney said it was too similar to our name and recommended we fight it.”

The dispute led John Pratt, president of the winegrowers association’s board of directors, to contact the federal government, saying The Willametter Journal’s label refers to “Oregon’s coastal range” and grapes sourced from the “Territory of Oregon.” Oregon doesn’t have wine grapes in its coastal range and hasn’t been a territory since 1859.

Pratt also took issue with other pinot noirs made by Elouan, such as the Elouan Oregon, described as “truly exemplifying the prime coastal vineyards from where it is sourced.” There are no commercial vineyards in the coastal hills of Oregon. 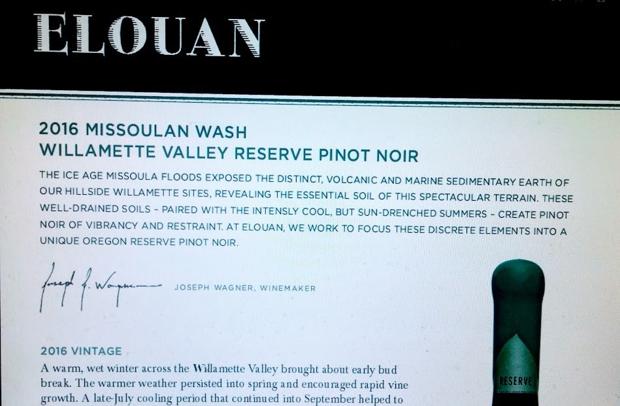 Elouan’s website connects the Willamette Valley to the 2016 Missoulan Wash. The website was altered after an interview. (Michael Alberty)

Geographic wine designations are as critical to consumers as they are to winemakers. At a recent Oregon Liquor Control Commission hearing, Bernau referred to a Swiss Institute study indicating that a wine’s place of origin accounts for 45 percent of a consumer’s decision to purchase, compared to 25 percent for the price and 11 percent for vintage.

Consumers also want that information to be accurate. A survey by the Wine Origins Alliance recently found 94 percent of American wine drinkers favor laws that protect consumers from misleading wine labels. “While we may compete in the marketplace, there is consensus among us that when one of our wine region names is misused, the credibility of the industry as a whole is diminished and it leads to consumer confusion,” says Allan Sichel, president of the Bordeaux Wine Council.