It’s loosening environmental regulations to auction off huge amounts of land for drilling. 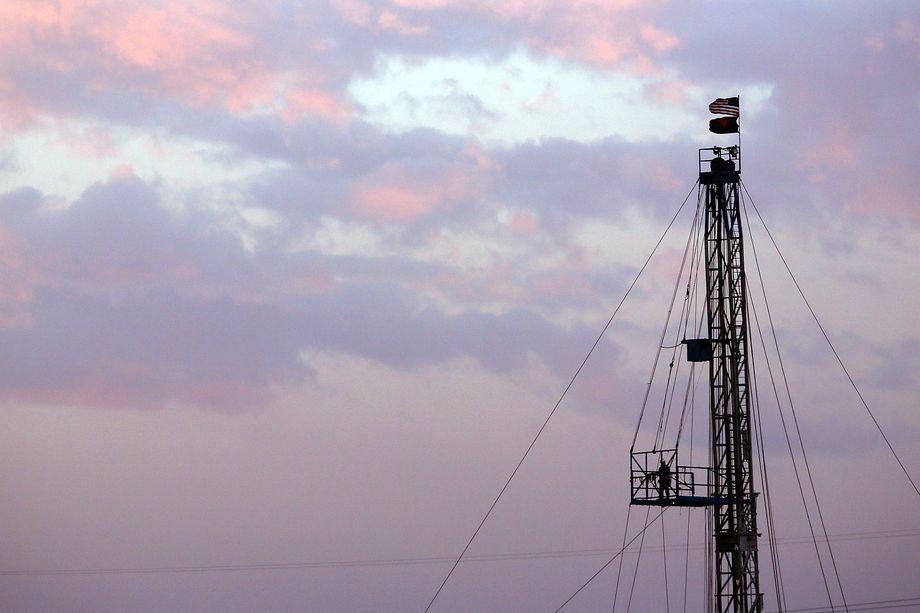 A fracking site in Midland, Texas in 2016.Photo by Spencer Platt/Getty Images

The Trump administration has leased out three times more federally controlled oil and gas land for drilling in the last year than the Obama administration averaged annually during its second term, in part by following scripts for environmental protection rollbacks laid out by the oil and gas industry.

Eric Lipton and Hiroko Tabuchi at the New York Times reported over the weekend about the lengths the federal government under President Donald Trump has gone to in order to make drilling and fracking easier for oil and gas developers. It’s offering up thousands of drilling permits and parcels of land to companies such as Chesapeake Energy and Chevron. More than 12.8 million acres were offered during the last fiscal year ending in September, a huge jump from previous years.

Here’s how they’re doing it: Regulators are weakening protections for wildlife, air quality, and groundwater supplies, often by following what the Times describes as “detailed industry scripts” for rollbacks.

The Interior Department under Secretary Ryan Zinke has offered so much land in auctions that most haven’t had any bidders at all. The department last year sent out a memorandum to field offices telling them to “alleviate unnecessary impediments and burdens” and to “expedite the offering of lands for lease.” In other words, to make leases for drilling easier and faster to get.

The changes have been lucrative: According to the Times, Wyoming got $669 million from federal oil, gas, and coal sales last year, and New Mexico got $1 billion in bids.

But they have also come at a cost. The Trump administration watered down Obama-era rules meant to curb methane flaring or venting, which according to the Times is 30 times more potent than carbon dioxide. Energy companies are now flaring and venting methane at much higher rates than just two years ago.

A call for bids announced in August, which drew interest from 116 companies, included land where deer migrate and birds mate, protesters to the call said, according to the Times. They also said drilling on that land would increase air pollution and ozone levels in Wyoming and could deplete groundwater supplies. State government officials from Utah, Wyoming, and Colorado have also pushed back on the federal government’s moves.

A spokeswoman for the Interior Department told the Times that the agency has taken steps to limit the impact of drilling.

Trump has promised to foster “American energy dominance” and has put emphasis on reviving the United States’ coal, gas, and oil industries. He’s largely brushed aside concerns about climate change and the potential effects of fossil fuels, as recently as this month telling Lesley Stahl on 60 Minutes that while he doesn’t think climate change is a “hoax,” it will probably just change back again.

He also said global warming is not manmade, despite significant scientific evidence otherwise, including from his own administration. “You’d have to show me the scientists, because they have a very big political agenda,” he said.

Given that inclination, it’s perhaps not surprising — but still disturbing — how easily the Trump administration appears to be swayed by oil and gas industry executives and lobbyists.

The Times report describes how a pair of oil and gas industry lobbyists and a ConocoPhillips executive reached out to the Interior Department about Obama-era rules regarding the mating grounds used by the sage grouse, a species of bird. Those regulations said that drilling could not take place within 3.1 miles of where the male birds gather for mating season:

[Samantha McDonald, a lobbyist for the Independent Petroleum Association of America] followed up the next month, asking Timothy Williams, a senior official at the Interior Department, if the bureau had “been able to resolve this map discrepancy in Wyoming yet?” Two minutes later, he responded, “We are working on it. I have let the secretary know as well.”