Remember when Whole Foods promised consumers that by the end of 2018, all of its U.S. and Canada stores would require labels on any foods containing genetically modified organisms (GMOs)?

About midway through 2018, Whole Foods reneged on that promise.

Now the retailer, once known as a mecca for organic food shoppers, is selling GMO potatoes—and those potatoes aren’t labeled.

In October, we shared an article by Dr. Caius Rommens, inventor of the GMO potato and author of “Pandora’s Potatoes: The Worst GMOs.”

After reading that article, one of our members asked the produce manager at her local Whole Foods if the conventional potatoes sold in the store’s produce section were GMO. The produce manager said he wasn’t sure, but they could be. 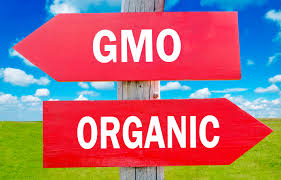 That’s what Whole Foods says on it’s website, too—the potatoes sold in Whole Foods stores might be GMO. But instead of labeling them, so consumers can avoid them, Whole Foods offers this consumer tip: “Choose organic if concerned.”

GMO potatoes are toxic. According to Rommens, “none of my modifications improved potatoes’ vigor or yield potential. In contrast, most GMO varieties were stunted, chlorotic, mutated or sterile, and many of them died quickly, like prematurely-born babies.”

Rommens learned later that, not only do GMO potatoes fail to thrive as normal potatoes do, the genetic modification process caused them to be spiked with toxins.

Conventional, non-organic potatoes are on the Dirty Dozen list of pesticide-heavy produce. According to Environmental Working Group, which published the 2018 list, conventional potatoes had more pesticide residues by weight than any other crop.

Non-organic potatoes are so contaminated, that even the farmers who grow them won’t eat them. They have separate plots where they grow potatoes, without all the chemicals, for themselves.

Thanks!
~Alexis for the OCA Team