In November 2017, the European Food Safety Authority (Efsa) (the equivalent of the U.S. Food & Drug Administration) approved the use of glyphosate for another five years, despite calls for the herbicide to be banned. In December 2017, the U.S. Environmental Protection Agency (EPA) issued a risk assessment statement declaring that glyphosate is “not likely” to cause cancer.

Both the EPA and Efsa contradicted the findings of the World Health Organization (WHO), which in March 2015, classified glyphosate as a “probable human carcinogen.” Instead of taking WHO scientists’ word for it, Efsa re-approved glyphosate based on a safety assessment conducted by Germany’s Federal Institute for Risk Assessment (BfR). 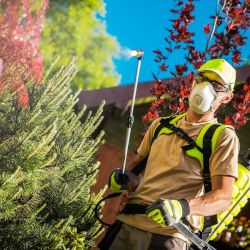 Now, the Guardian reports that BfR plagiarized chemical industry reports throughout that assessment—the one used by the EU’s food safety agency to determine glyphosate’s safety. According to the Guardian, the assessment contained “copy-and-pasted tracts from Monsanto studies.”

And a new study in published in Environmental Sciences Europe says the EPA assessed the safety of glyphosate largely on the basis of industry studies, not independent peer-reviewed articles.

No wonder government agencies fail over and over to protect us from chemicals that shouldn’t be used at all, much less sprayed on our food.

And no wonder we have to use our own precious financial and human resources to keep educating the public about this Big Fail, and keep the pressure on corrupt corporations and their dubious influence over government agencies.

The U.S. EPA is supposed to rule on the safety of chemicals like glyphosate once every 15 years. For glyphosate, the deadline for that decision was December 2015. Yet here we are, more than three years later, with no decision.

While the EPA twiddles its thumbs—and continues to base its “safety” assessments on industry studies—glyphosate continues to poison our food and waterways.

Thanks to you, we’ll keep the pressure on the EPA (which likely is stalling because it doesn’t want to deal with your wrath), and on the corporations that continue to sell and use Monsanto’s Roundup weedkiller.

Make a tax-deductible donation to the Organic Consumers Association

Click here for more ways to support our work