Wine & Water Watch supports sensible regulations that protect the quality of life for all and protection of the environment.

Sonoma County: Thomas Fuller, San Francisco Bureau Chief, has written another article for the New York Times. It is the number 8 story in the evening digital edition. See the link below. Supervisor Hopkins is again quoted and the owner, Jigar Patel, of NorCal Cannabis in SR featured.

Now for the Hard Part: Getting Californians to Buy Legal Weed 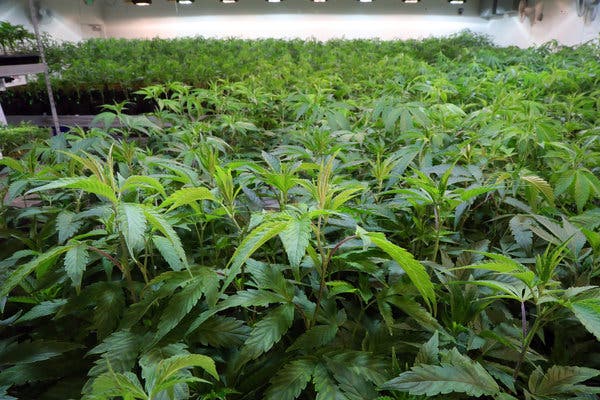 In California, around $2.5 billion of legal cannabis was sold in 2018, half a billion dollars less than in 2017 when only medical marijuana was legal.CreditCreditJim Wilson/The New York Times

SAN FRANCISCO — A billion dollars of tax revenue, the taming of the black market, the convenience of retail cannabis stores throughout the state — these were some of the promises made by proponents of marijuana legalization in California.

One year after the start of recreational sales, they are still just promises.

California’s experiment in legalization is mired by debates over regulation and hamstrung by cities and towns that do not want cannabis businesses on their streets.

California was the sixth state to introduce the sale of recreational marijuana — Alaska, Colorado, Nevada, Oregon and Washington paved the way — but the enormous size of the market led to predictions of soaring legal cannabis sales.

Instead, sales fell. Around $2.5 billion of legal cannabis was sold in California in 2018, half a billion dollars less than in 2017 when only medical marijuana was legal, according to GreenEdge, a sales tracking company.

“There are definitely days that I think that legalization has been a failure,” said Lynda Hopkins, who is on the board of supervisors in Sonoma County, which took a lead in licensing marijuana businesses but became embroiled in disputes over regulations and taxes, not to mention angry residents who did not want cannabis grown in their neighborhoods.

In Colorado and Washington licensed sales soared after legalization. One crucial difference with California is its massive surplus — the state produces far more pot than it can consume.

The tons of extra cannabis continue to leach out across the country into states where it is legal.

“The bottom line is that there’s always been a robust illicit market in California — and it’s still there,” said Tom Adams of BDS Analytics, which tracks the cannabis market. “Regulators ignored that and thought they could go straight into an incredibly strict and high-tax environment.”

The most recent official estimates of California’s cannabis production, a report published a year ago by the California Department of Food and Agriculture, showed the state producing as much as 15.5 million pounds of cannabis and consuming just 2.5 million pounds.

California’s surplus — equal to 13 times Colorado’s total annual production — is smuggled eastward, especially across the Rockies and Mississippi where the wholesale price is as much as three times as high.

Cannabis Benchmarks, a company that tracks marijuana prices, reported at the end of December that the average price of regulated cannabis in California was $1,183 a pound, compared with $3,044 in Illinois, $3,072 in Connecticut and $2,846 in Washington, D.C.

Supporters of legalization long ago acknowledged the problems of California’s surplus and said it would take years to address.

In an interview in 2016, Lt. Gov. Gavin Newsom, who takes office as governor next week, estimated that 85 to 90 percent of the cannabis that California produced was exported. “It’s a very serious issue,” he said, “and it’s going to create a dynamic where the black market will likely persist in a very stubborn way.”

The distinction between legal cannabis businesses and scofflaws is about to become much sharper. The loosely regulated system of medical cannabis cooperatives that has existed for two decades will be illegal after Jan. 9. This gives law enforcement more clarity.

This is straining another promise made by proponents of legalization: that small producers would be protected. 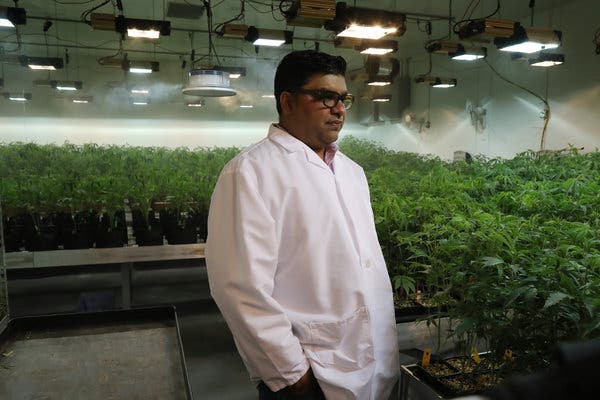 “The icon for cannabis is going to become the Marlboro Man,” Ms. Hopkins, the Sonoma County supervisor, said referring to the symbol of the tobacco industry, to which critics often compare the cannabis business. “In California we’ve done what we always do — regulate, regulate, regulate, which ultimately gives significant advantage to large companies with significant economies of scale.”

The popular image of California’s marijuana growers may still be hippies hiding out in the forests of Humboldt County but increasingly the reality is more like the operations of NorCal Cannabis Company in Santa Rosa, north of San Francisco.

The company has converted what was a semiconductor factory into a cannabis production operation where employees walking down antiseptic hallways wear latex gloves and supervise an Israeli-style irrigation system and a $1 million air filtration system. Next door is a company that makes coatings for aircraft cockpit gauges.

Legalization has been liberating for big players like NorCal Cannabis.

“This is our coming-out party,” said Jigar Patel, the president of the company, who toured the complex in a white lab coat. “It’s waking up and doing what you love without wondering if the man is behind you.”

But for hundreds of other smaller producers the paperwork alone has been enough to put them out of business. A cannabis producer must submit applications to as many as five state agencies, including obtaining a certificate to ensure they are able to use a scale.

Lori Ajax, the head of California’s Bureau of Cannabis Control who is sometimes called the state’s cannabis czar, described 2018 as “rough” both for the regulators and the industry.

Her office is planning a public information campaign to try to persuade consumers to stop buying illegal pot.

“We have to get more consumers buying from the licensed market,” she said.

Legalization was promoted as helping to end the war on drugs. But Ms. Ajax says California has no choice but to “step up” enforcement of cannabis scofflaws.

“As a state we have to get more aggressive,” she said.

With less than two dozen enforcement officers, she will need help from other government agencies.

Ms. Ajax said she was encouraged by the “surge” of applications by cannabis businesses at the end of 2018. The Bureau of Cannabis Control has issued 2,500 temporary licenses. Yet this is still a fraction of the tens of thousands of cannabis businesses in the state.

Mr. Adams of BDS Analytics says 2018 was a year of “constantly diminishing forecasts” of cannabis sales. But he and others believe the legal market can only grow, especially after the disputed decision by Ms. Ajax’s office to allow cannabis delivery services to operate across the state — even in areas where local municipalities have chosen to ban pot businesses.

Increased sales could push tax revenue closer to the forecasts on the 2016 ballot, which predicted revenue would reach the “high hundreds of millions of dollars to over $1 billion annually.”

Through September, Sacramento has collected only $234 million in cannabis taxes. Colorado, with a population half the size of Los Angeles County, collected around the same amount last year.