“I had always hoped that this land might become a safe and agreeable asylum to the virtuous and persecuted part of mankind, to whatever nation they might belong”
~ George Washington

The federal judge who ordered the reunification of children kidnapped from parents at the southern border under the barbaric “zero tolerance” policy “appeared poised” during a court hearing this week to order the Trump administration to fully account for and reunite potentially thousands of families who were ripped apart prior to the official implementation of the policy.

Last month, a devastating report from the Office of the Health and Human Services Inspector General confirmed the administration was separating families from the start of Donald Trump’s presidency. “How many more children were separated is unknown,” government investigators said, “by us and HHS.” It’s also unknown how many were returned to their families, and how many were left with sponsors. 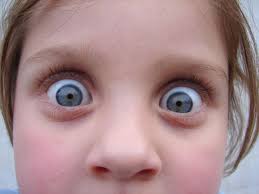 Following the report, the American Civil Liberties Union said it would ask Judge Dana Sabraw, who ordered the reunification of “zero tolerance” victims last summer, to expand his order to include these families. During the Thursday hearing, he appeared to be strongly considering it, at least beginning with requesting a list of who was stolen from whom. “It’s important to recognize that we’re talking about human beings,” he said. “Every person needs to be accounted for.”

It speaks to the cruelty of administration officials that they had to be reminded of this. In fact, government attorney Scott Stuart urged Sabraw not to expand his order because it would be just too much work, saying that “I’m just not sure that we can keep going.” The federal government that made the decision to kidnap children at the border and has declared emergencies over non-emergencies now says it’s just too hard to return them all to their families. That’s just not gonna fly.

The ACLU, which lacks the tremendous resources of the federal government but has nevertheless stepped in to do tremendous work to reunite families, is again willing to be part of another effort. “We cannot go back into these communities and tell them we are not going to make the effort,” said attorney Lee Gelernt. “I suspect there are parents who want to get their children back and have not been able to.”

ICE is morphing into the Gestapo.  If you have ICE neighbors, they are not working for America.  They are working for Komrades Trump and Putin.  Don’t associate with them.

If Trump had done nothing else, and he’s done plenty, this policy alone would warrant impeachment and eternal shame.  Add his abysmal failure to help Puerto Rico to this, and the portrait of an evil, racist POTUS is complete.

“I’m just not sure we can keep going.” Huh? What a defense! As in: “The situation my clients have deliberately caused to come about is now beyond their ability to manage it? “ Since when is that a valid defense?

How about: “OK counsel, within ten days, preferably sooner, I am ordering you to identify — by name — everyone in the chain of command in the agencies and departments responsible for deciding on and implementing the policy of family/child separations since January 20, 2017 … from the top down to the field operators who worked on these matters. Yes, that will be a lot of work. But, counsel, that must be doable by you and the government’s legion of lawyers.”

And ALL of these people need to be held fully accountable for their crimes against these children and their families.

Each and every child MUST be accounted for.

That livestock has more paper trails than these kidnapped children being trafficked across state lines and tortured and abused by employees of this maladmin speaks so many volumes of how they seem to consider the value of human life.