“She added, “Monsanto has worked very hard for a very long time to suppress factual news stories that are unfavourable to its profit agenda. They have harassed numerous journalists, so I am not unique by any means. The question that all of this underscores is, “Why?” Why, if Monsanto’s glyphosate herbicides are so very safe, do they need to ghostwrite scientific literature, put forward front men to carry their propaganda, try to censor independent scientists, and try to stop government toxicity testing of their products? If these products really are safe, there would be no need for them to do all that.” 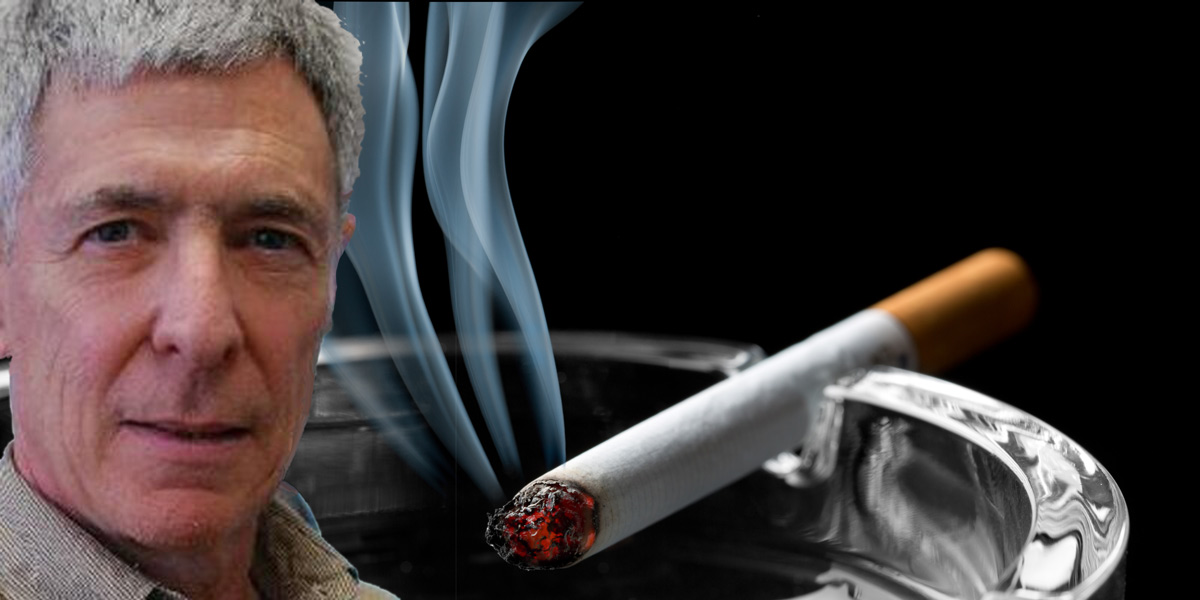 Forbes has pulled an article by Geoffrey Kabat attacking the new meta-analysis confirming a link between glyphosate and a type of cancer called non-Hodgkin lymphoma (NHL).

The American business magazine, most famous for its Forbes 400 rich list, has long been the platform of choice for defending Monsanto’s products and attacking the company’s critics. It was on Forbes that article after article appeared attacking Prof Gilles-Eric Séralini’s study, which found harmful effects from Monsanto’s GMO maize and Roundup herbicide, shortly after its publication in 2012.

The authors of most of those hatchet jobs had links to Monsanto. Jon Entine’s PR firm, for instance, consulted for the company. Bruce Chassy made the front page of the New York Times, along with Kevin Folta, because of his remarkably close ties to Monsanto. And Henry Miller, who, along with Chassy, accused Séralini of fraud, subsequently had all his articles for Forbes pulled by the magazine after it emerged that at least one of them had been ghostwritten by Monsanto.

Conflicted out: Monsanto and Big Tobacco

But Geoffrey Kabat, a retired cancer epidemiologist, claims to be different. A disclosure at the bottom of his attack on the new meta-analysis told Forbes readers: “I have no financial involvement with Monsanto/Bayer or any other conflict of interest relating to this topic.”

However, that isn’t true. Kabat is on the board of advisors of the American Council on Science and Health (ACSH), a corporate front group funded by Monsanto. He is also a board member of Jon Entine’s Genetic Literacy Project, which was named in a court filing as receiving funding from Monsanto.

And it’s not just the agrichemicals industry that Kabat connects to. As the journalist Paul Thacker has pointed out, a search for Kabat in the tobacco industry documents archive brings up more than 800 hits, including an invoice for over $20,000.

Perhaps most notorious is Kabat’s publication of a paper on passive smoking which concluded that second hand tobacco smoke did not have a causal relation with increased mortality from lung cancer and heart disease. The study, co-written with one of ACSH’s trustees, was partly funded by Philip Morris. And in a US racketeering lawsuit, it was cited by the judge as “a prime example” of how tobacco companies “engaged in criminal racketeering and fraud to hide the dangers of tobacco smoke.” Kabat’s paper also led to calls for better disclosure of conflicts of interest.

But it may not have been Kabat’s failure to come clean about conflicts of interest that led to Forbes yanking his article. His piece also claimed that the veteran journalist Carey Gillam, who reported on the new meta-analysis in an article for The Guardian, had previously been fired by Reuters for “biasing articles” against GMOs and pesticides.

This is a favourite smear of ACSH, and one that has been repeated by other Monsanto defenders, despite no convincing evidence ever having been produced to support it. While there is no doubt that Monsanto and its supporters did their level best to get her sacked from her food and agriculture beat at Reuters, Gillam categorically denies that they succeeded. And the only official comment Reuters ever made about the attacks on her reporting was to confirm that they stood by her coverage.

Gillam certainly seems to be highly regarded by her former Reuters colleagues. On her LinkedIn page her journalistic skills are endorsed by a dozen or more of them, while one of her former editors commends her for her “impeccably reported” stories. And Peter Bohan, who until retiring just a month ago was a giant at Reuters – the executive director of the US domestic Reuters America news service, calls her “an exceptional journalist: smart, tenacious, fearless. Over the years I managed her at Reuters there was no one better at chasing breaking news, engaging sources and pursuing the facts.”

Her former boss also praises her investigations into the agri-industrial complex, saluting “her courage and her work”. That work seems to be highly valued by her wider peers too. In 2018, the Society of Environmental Journalists gave her their Rachel Carson Environment Book Award for Whitewash, her book about glyphosate.

Yet Kabat presents Gillam as a disgraced journalist who was given the boot.

Kabat is equally dishonest about the World Health Organisation’s cancer agency (IARC), which concluded that glyphosate is a probable carcinogen. According to Kabat, the IARC thinks pretty much everything causes cancer. He writes, “Of the more than 500 agents that have been classified by IARC with respect to carcinogenicity, only one was judged by the Agency to be ‘probably not carcinogenic’.”

But again, this is seriously misleading. It is true that IARC has a Group 4 category, for agents that it deems “probably not carcinogenic to humans”, and that into this category it has placed just one of the substances that it has examined – thus giving rise to Kabat’s claim.

But IARC has directly rebutted the suggestion that it concludes just about everything causes cancer. It points out that it only evaluates substances (“agents”) where there are already grounds for suspecting that they cause cancer, and that despite this careful selection process, around half (502 of 1003) of its evaluations still resulted in agents being classified in Group 3 (“not classifiable as to its carcinogenicity to humans”).

As IARC states, “This is far from the finding everything is carcinogenic.”

Linking to an opinion piece published in a journal, Kabat also accuses IARC of cherry-picking data in order to conclude that glyphosate is carcinogenic. He says, “IARC has been criticized for selecting the few ‘positive’ results from rodent studies [on the effects of glyphosate] that seemed to show an increased tumor yield in exposed animals, while ignoring exculpatory results that showed decreasing tumor yield in exposed animals.”

But the truth is that in line with its policy, IARC considered ALL published rodent studies where enough data were available for evaluation, so there was no cherry-picking. It concluded from these data that there was “sufficient” evidence of glyphosate’s carcinogenicity in animals.

This, however, is beside the point. In directing the focus onto IARC, Kabat is distracting us from what is supposed to be the focus of his article – the findings of the new meta-analysis showing a link between glyphosate and non-Hodgkin lymphoma.

So let’s look at the rodent studies that were in the public domain and thus available to the authors of the meta-analysis. No less than four out of the six available rodent studies, i.e. a majority, showed an increase in malignant lymphoma, the animal study outcome most closely linked to human NHL.

This was not just the opinion of the meta-analysis authors but that of the regulatory agencies, the European Food Safety Authority (EFSA) and the Joint Meeting on Pesticide Residues (JMPR). These agencies admitted the findings of increased cancers in glyphosate-exposed animals, yet perversely managed to conclude that glyphosate was not carcinogenic. The agencies’ conclusions were criticised by independent scientists as being unscientific and in violation of the agencies’ own guidelines. Kabat cites the agencies’ conclusions approvingly, while completely ignoring their admissions of the damning findings on glyphosate’s cancer-causing ability.

Revealingly, the opinion piece linked to by Kabat that criticizes IARC for cherry-picking (in Kabat’s words) “a few ‘positive’ results from rodent studies” is authored by Robert E. Tarone. According to information provided by IARC, Tarone has acknowledged that he is a paid consultant to Monsanto. What’s more, his opinion piece doesn’t address malignant lymphoma in animals at all!

Of course, the reason that Kabat wants to discredit IARC, an agency that brings together some of the world’s foremost experts on cancer and which has been described as “the most authoritative agency in this field”, is that its conclusion on glyphosate accords with the main finding of the new meta-analysis. And Kabat’s attack on the authors of the new review is just as outrageous as his evidence-free smears against Gillam and IARC.

For instance, he attributes dishonest motives to the authors, suggesting that they engaged in a statistical “sleight of hand” and “lengthy obfuscatory discussions” in order to create the appearance of “a disinterested academic study” that would hoodwink most scientists and lay people, while grabbing headlines and inspiring fear!

It should be remembered that several of the authors of this meta-analysis were engaged by the US Environmental Protection Agency to peer review the agency’s own assessment of glyphosate. That’s how highly their expertise in this field is regarded. Yet Kabat effectively paints them as fraudsters conspiring to deceive the public and their scientific peers about the safety of Monsanto’s best-selling product. That’s pretty rich coming from someone whose own paper was cited by a judge as “a prime example” of how Big Tobacco “engaged in criminal racketeering and fraud”.

Forbes hasn’t said which of Kabat’s smears led them to pull his article or whether it was Kabat’s failure to disclose his Monsanto connections. After the embarrassment it suffered over the revelation that Monsanto had ghostwritten Henry Miller’s attack on IARC, one can well understand why the alarm bells would have been ringing in their editorial offices.

And so they should. ACSH – the industry front group that Kabat is part of – sets itself up as a gatekeeper of reliable science, even though it has promoted climate change skepticism and has defended many substances found to be hazardous by peer-reviewed research studies.

Around the time that Kabat’s article was pulled by Forbes, it popped up on the Science 2.0 blog run by ACSH’s former president, Hank Campbell, who stepped down for undisclosed reasons shortly after the furore over the Nazi eugenics blog posts that Campbell published on Science 2.0.

No wonder Monsanto’s senior science lead Daniel Goldstein wrote in an internal company memo: “I can assure you I am not all starry eyed about ACSH – they have PLENTY of warts”, before going on to say: “You WILL NOT GET A BETTER VALUE FOR YOUR DOLLAR than ACSH.” He also pointed out that Monsanto did not have many friends or choices and so could not afford to alienate the supporters it had.

Forbes, however, might want to think about whether it wants to continue risking the blowback from publishing the smears of Monsanto’s trolls, or whether such pieces aren’t best left on industry-linked attack sites like Science 2.0 and the Genetic Literacy Project.

Interestingly, according to Carey Gillam, Kabat has apparently now been completely banned as a Forbes contributor, but she told us she wasn’t on any mission to get back at him for his attack on her – that was Monsanto’s game.

She added, “Monsanto has worked very hard for a very long time to suppress factual news stories that are unfavourable to its profit agenda. They have harassed numerous journalists, so I am not unique by any means. The question that all of this underscores is, “Why?” Why, if Monsanto’s glyphosate herbicides are so very safe, do they need to ghostwrite scientific literature, put forward front men to carry their propaganda, try to censor independent scientists, and try to stop government toxicity testing of their products? If these products really are safe, there would be no need for them to do all that.”