Monsanto is facing its first federal trial over allegations that its Roundup weedkiller causes cancer, but a US judge has blocked attorneys from discussing the corporation’s alleged manipulation of science.

In an extraordinary move in a packed San Francisco courtroom on Monday, US judge Vince Chhabria threatened to sanction and “shut down” a cancer patient’s attorney for violating his ban on talking about Monsanto’s influence on government regulators and cancer research.

“You’ve completely disregarded the limitations that were set upon you,” the visibly angry judge said to attorney Aimee Wagstaff, threatening to prevent her from continuing. “If you cross the line one more time … your opening statement will be over … If I see a single inappropriate thing on those slides, I’m shutting you down.”

The unusual conflict in the federal courtroom has fueled concerns among Monsanto’s critics that the trial may be unfairly stacked against the plaintiff, Edwin Hardeman, a 70-year-old Santa Rosa man who alleges that his exposure to Roundup over several decades caused his cancer. Building on longstanding allegations, Hardeman’s lawyers and other critics have argued that Monsanto has for years suppressed negative studies and worked to promote and “ghostwrite” favorable studies about its herbicide to influence the public and regulators. 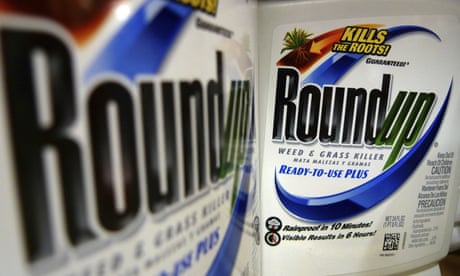 In a blow to the plaintiffs, Chhabria this year approved Monsanto’s request to prohibit Hardeman’s attorneys from raising allegations about the corporation’s conduct, saying issues about its influence on science and government were a “significant … distraction”. That means jurors must narrowly consider the studies surrounding Roundup’s cancer risks, and if they rule that Monsanto caused Hardeman’s illness, then in a second phase the jury would learn about the company’s conduct when assessing liability and punitive damages.

Hardeman’s trial is considered a “bellwether” case for hundreds of other federal plaintiffs who have made similar claims, meaning its outcome could have an impact on the course of future litigation and potential settlements. The high-stakes case comes amid growing global scrutiny of the health impacts of glyphosate, which is sold under the Roundup brand.

Concerns about the product escalated last August after a California jury issued an historic verdict, saying Monsanto was liable for a terminally ill man’s cancer and owed him $289m in damages. The groundbreaking ruling against Monsanto set the stage for a new wave of cancer litigation in the US and sparked regulatory debates and campaigns to restrict the chemical across the globe.

Monsanto is now owned by German pharmaceutical company Bayer, which suffered a 30% share price drop after the verdict and is now facing more than 9,000 similar lawsuits across the country.

Wagstaff told the Guardian last week before trial began that the limitations on evidence in the first phase meant the “jury will only hear half of the story”.

“The jury will hear about the science, but they won’t get to hear about how Monsanto influenced it,” she said. “The jury won’t have a complete understanding of the science. If we win without the jury knowing the complete science, that’s a real problem for Monsanto.”

Chhabria repeatedly interrupted Wagstaff’s opening statement Monday morning, reminding jurors that her comments did not constitute evidence and should be taken with a “grain of salt”. He also asked her to speed up when she was introducing Hardeman and his wife and discussing how they first met in 1975.

Wagstaff spoke in detail about the research on cancer and glyphosate, about some of Monsanto’s involvement in studies, and about the company’s communications with the Environmental Protection Agency. Eventually, the judge ordered the jury to take a break and issued his threat to sanction Wagstaff, though it was unclear which specific statements he had opposed.

When she tried to clarify her remarks, noting that she had clearly made the judge “upset”, Chhabria responded: “It’s not about being upset. It’s about running an orderly trial.”

He then ordered her to file a written motion by the end of the day arguing why he should not sanction her – and said he was considering a fine of $1,000.

The judge also said he didn’t trust her to continue using her prepared materials: “Should I save Ms Wagstaff from herself by barring her from further use of slides?” He ultimately allowed her to finish her opening statement. He ended the day by again attacking her opening remarks, saying her statements were “incredibly dumb”.

Hardeman, who sat in court with his wife, has alleged that his use of Roundup starting in 1986 to control poison oak and weeds on his property caused him to develop non-Hodgkin lymphoma (NHL), a cancer that affects the immune system.

Hardeman’s case builds on a key 2015 ruling by the World Health Organization’s international agency for research on cancer (IARC) that glyphosate was “probably carcinogenic to humans”, based on a review of existing research. Monsanto continues to argue that Roundup is safe, citing other studies. The company has also suggested Hardeman’s hepatitis C could be a possible cause of his cancer.

Brian Stekloff, Monsanto’s attorney, described NHL as a “common cancer” in his opening remarks, saying the cause is “unknown” for the vast majority of cases, adding: “Roundup did not cause Mr Hardeman’s non-Hodgkin lymphoma.”

He noted that doctors have not specifically noted Hardeman’s use of Roundup in his medical records. 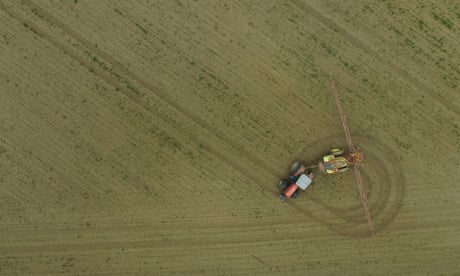 A Bayer spokesperson said in a statement Monday that the “extensive body of scientific research … supports the conclusion that Roundup is not responsible for his illness” and noted the EPA’s 2017 assessment, finding that glyphosate was “not likely to be carcinogenic to humans”. The EPA previously faced backlash when emails revealed the agency’s close communications with Monsanto.

Hardeman, who was diagnosed with an aggressive form of NHL in 2015, has remained dedicated to the lawsuit, even if though it has taken a “toll on him emotionally and physically”, Wagstaff said in interview before trial: “It’s really important for him now to do this. He’s a man with high integrity … When you see some of the ways Monsanto has manipulated the science and robbed him of his choices, it’s pretty egregious.”

Dewayne Johnson, a former school groundskeeper, won the landmark victory last year when the jurors ruled that Monsanto failed to warn him of the health hazards from exposure to Roundup, had “acted with malice or oppression”, and was responsible for “negligent failure”. A judge later reduced the damages to $78m, but rejected Monsanto’s appeal to overturn the verdict.

The restrictions on testimony about Monsanto’s conduct and alleged manipulation of science is likely to be a major detriment to Hardeman and future plaintiffs, said Jean M Eggen, professor emerita at Widener University Delaware Law School.

“It was a brilliant move on the part of the defendant Bayer to try to keep [out] all of that information,” she said. “And it may pay off for them.”