Everything he touches, he destroys……environment, social equity.

While Democrats are preparing to propose a joint resolution challenging President Donald Trump’s expected national emergency declaration in order to obtain funding for a border wall, one legal scholar  is among those arguing  the time has come to pursue a far more direct and effective method of combating the president’s lawlessness: impeachment.

“This should be initiated immediately,” said Boyle. “All you need is one brave member of the U.S. House of Representatives to meaningfully assert that body’s Power of the Purse. Trump’s indications that he will override that legislative power and the seeming acquiescence by some Democrats is illegitimate and dangerous and subverts a fundamental premise of the Constitution.

Boyle—who worked closely with former Rep. Henry Gonzalez (D-Texas) to introduce a resolution to impeach President George H.W. Bush for high crimes and misdemeanors after he 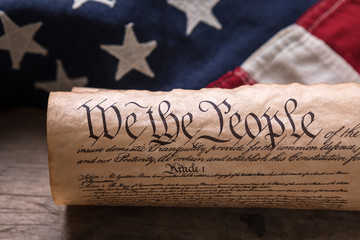 initiated the first Gulf War—said Congress has a solid case for bringing charges against Trump over his violation of the U.S. Constitution:A Bill of Impeachment could consist of articles including for (1) violating Article 1, Section 7 of the United States Constitution: “All Bills for raising Revenue shall originate in the House of Representatives…” (2) Article 1, Section 8 of the Constitution: “No Money shall be drawn from the Treasury, but in Consequence of Appropriations made by Law…” (3) It also violates the Federal Anti-Deficiency Statute.

With Trump preparing to unilaterally take control of government funds by declaring a national emergency, Boyle said, lawmakers’ “most direct remedy is impeachment.”

Journalist John Nichols, who has advocated for impeachment as “the cure for a constitutional crisis,” was among those who agreed with Boyle on social media, arguing that the U.S. is indeed in a state of national emergency as Trump has claimed—just not an emergency that will be fixed with a wall at the U.S.-Mexico border.

I agree with President Trump that there is a national emergency. We just have different responses to what we deem to be a crisis.

He favors a wall.

Peter Gleick, a climate scientist and advocate for impeachment, wrote on Twitter Thursday evening that looking back at the Trump administration, future generations will likely be baffled if lawmakers fail to impeach the president.

Honestly, what’s it going to say to us and future generations if we DON’T impeach Trump?