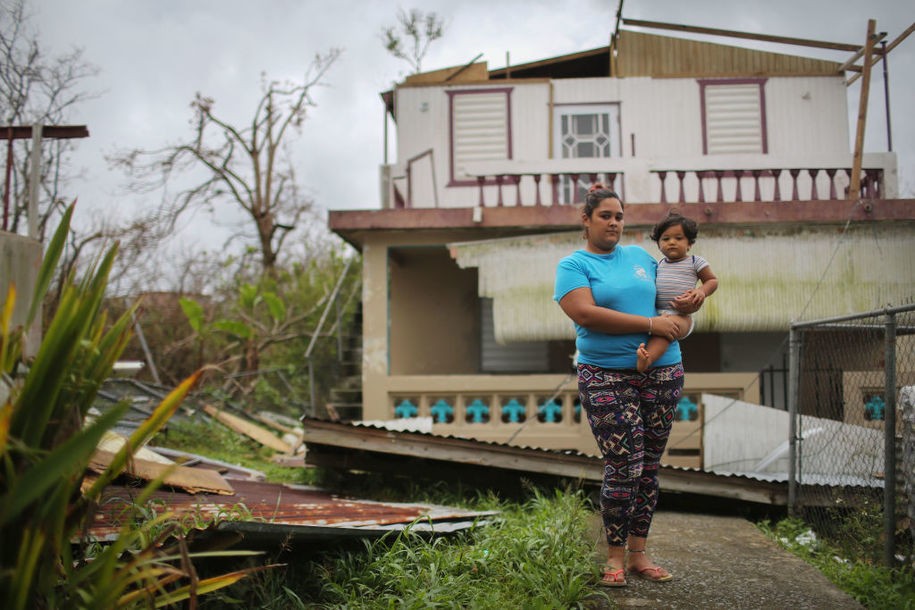 What does Puerto Rico need with disaster relief, anyway?

Even before congressional negotiators reached a deal that doesn’t build Donald Trump’s wall, the White House was looking for ways to go around Congress to find wall money. The plan is to avoid another politically damaging government shutdown or an equally politically damaging national emergency declaration by using executive orders to shift existing money to a wall—and, maybe as a bonus, the White House is looking at stealing money from California and Puerto Rico for the purpose.

Politico reports that there’s an “emerging consensus” to strip money from disaster relief for California and Puerto Rico—but not red Texas—as well as from flood relief projects in California. Acting chief of staff Mick Mulvaney’s plan would also use unspent military construction funds. This plan faces internal White House opposition from racist troll Stephen Miller, as well as opposition from the top Republican on the House Armed Services Committee, and would surely face legal challenges.

Nonetheless, a “Republican close to the White House” told Politico that, while Trump remains unpredictable, “My guess is the president ends up using executive authority to try to reprogram funds” and “Then, in the coming months through some form of military funds, they start building parts of the physical barrier. He can start claiming that, despite Democrats’ intransigence, he has done something on the wall.” Even if he’s tied up in court—cue more complaints about the Ninth Circuit—and not much is happening.

He shall from time to time give to the Congress Information of the State of the Union, and recommend to their Consideration such Measures as he shall judge necessary and expedient; he may, on extraordinary Occasions, convene both Houses, or either of them, and in Case of Disagreement between them, with Respect to the Time of Adjournment, he may adjourn them to such Time as he shall think proper; he shall receive Ambassadors and other public Ministers; he shall take Care that the Laws be faithfully executed, and shall Commission all the Officers of the United States.

He can’t just magically decide to spend money appropriated by Congress for one thing on something else, in particular not if that something else has specifically FAILED to pass the House.

The First Circuit Court of Appeals (which includes PR, go figure, they sit there in February. . . .) does not have any Trump appointees on it. The most recent three appointments were all by Obama. The full panel includes one Puerto Rican and at least one person of color (from RI). Justice Souter sits by designation, and still has an office in Concord, NH.

This will not be a particularly Trump-friendly bench, IMO.

The lawsuit that will result from his stealing disaster funds will only be strengthened by demo that it was done on a partisan basis, i.e. stripped from states that voted against him but not those that voted for him, like Texas.

The Repubs already stuck it to CA with their tax bill that extracted $$ that should have stayed in state to support programs that Californians want.  Enough with this income redistribution.

Trump’s particular brand is referred to as “sadopopulism”.

except that the Carr and Camp fires were in GOP heavy areas of CA.  There’s already been blow back by locals about FEMA threatening to withhold fire cleanup funding if fire victims stay in RVs/trailers on their properties before cleanup is done.

To be fair, the fact the funds are available means they aren’t being used for the purposes needed. The trump administration has been slow walking the release of them for ages — especially in relation to Puerto Rico.