We all deserve to be well-informed. 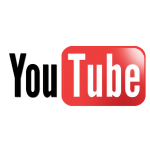 (NaturalHealth365) Networks like Pinterest, YouTube, and Facebook are no longer just places where people can share their favorite things or catch up with old friends.  In fact, these platforms have become a major source of news, on topics ranging from tech to economy and, of course, natural health.

But the powers-that-be at Facebook and other digital conglomerates seem to be cracking under pressure from Big Pharma and politically correct public backlash.

New reports reveal that these platforms will be modifying their current algorithms (which control the advertisements and recommended content shown to users) in order to prevent so-called “harmful” misinformation from reaching the public – despite there being no clear consensus on what this ‘misinformation’ actually is.

Some critics claim that companies like Facebook and YouTube have allowed conspiracy theorists and others to spread false and potentially harmful misinformation in the past.  This certainly may be true in some cases.

Unfortunately, lawmakers and mainstream media are far too willing to lump scientific evidence going against vaccines in with this so-called “misinformation.”  Because of this, social media sites are now being pressured to keep news about vaccines – no matter how legitimate it is – off their platforms.

If that’s not censorship, we simply don’t know what is.

YouTube, for instance, recently announced that they would recommend fewer videos that may “misinform” viewers. However, as noted in a recently published article on The Guardian, “[YouTube] did not provide a clear definition of what it considers to be harmful misinformation, but said that some examples were ‘videos promoting a phony miracle cure for a serious illness.’”

Here’s the glaring issue with this policy change: Who decides what a “phony miracle cure” actually is?

It’s a huge question mark, one that brings us dangerously close to an infringement on freedom of speech.  The murky censorship path also reeks of pushback against consumers skeptical enough to question the propagandizing of Big Pharma.

We also take serious issue with the fact that YouTube and other media platforms are willing to conflate natural health topics (including the dangers of vaccinations) with click bait conspiracy theories.

Ironic, isn’t it? The growing body of literature showing a link between vaccines and negative health outcomes is a tough pill for Big Pharma to swallow.

In the face of growing natural health censorship, what are health conscious consumers to do?

Make no mistake about it: the leeway being given to YouTube and Facebook in terms of censoring real (albeit unpopular) science regarding vaccines and other natural health news is leading us down an extremely slippery slope.

To be sure, there is PLENTY of information out there in the wellness world – both natural health and conventional medicine alike – that can be considered bogus and problematic. But call us crazy: we believe the American consumer is fully capable of making informed decisions based on the full spectrum of news presented to them (ideally, news that comes from a range of sources – not news that has been heavily curated and censored).

To this end, make sure you become a NaturalHealth365 newsletter subscriber – to hear more about how to naturally protect your health.  And, if you find this information valuable, be sure to share with family and friends.

We all deserve to be well-informed.