“The administration’s budgets have indeed been largely ignored by Congress. But from a president who once infamously mocked a journalist’s disability, the campaign to defund the Special Olympics was a particularly disturbing statement of values.”

If there were an Olympics of gratuitous cruelty, the Trump administration would have a formidable medal count. The record-threatening performance drawing attention this week was its attempt to eliminate federal funding for the organization behind the Special Olympics.

President Trump abandoned the effectively moribund proposal Thursday in a display of political gymnastics that only a Russian judge could love. But this was not the first time the administration tried to zero out the venerable group that allows people with intellectual disabilities to participate in international athletic competitions: All three of the administration’s spending plans would have eliminated the funding. 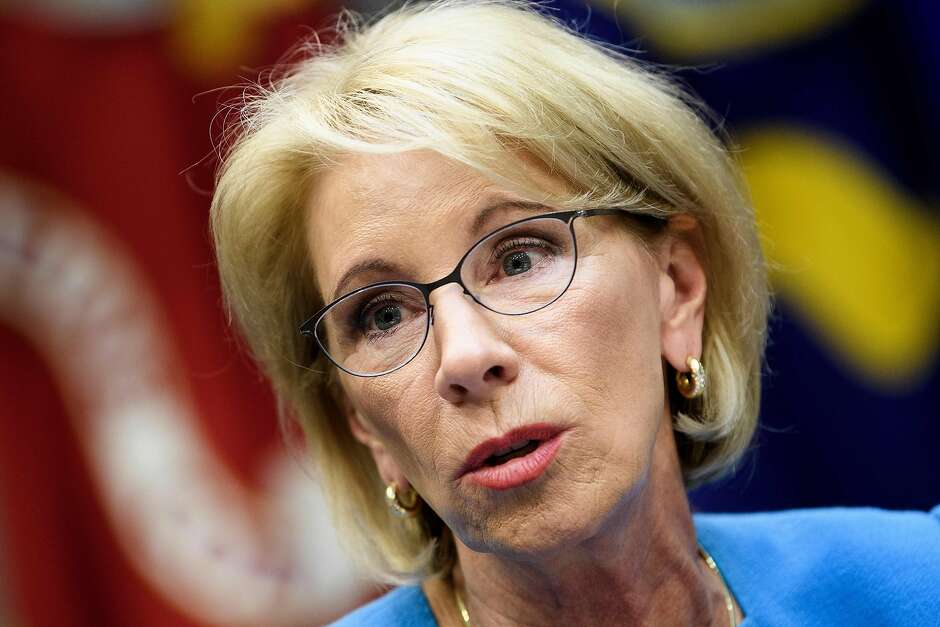 It was Education Secretary Betsy DeVos’ defense of the notion before Congress this week that attracted special derision for the $18 million reduction, which accounts for about 10 percent of the Special Olympics budget and funds its public school programs. DeVos, who previously appeared ignorant of long-standing federal education guarantees for students with disabilities, also proposed cutting more than $20 million in funding for deaf and blind students. With the administration clamoring to spend billions on border walls and star wars, her portrayal of the reductions as unavoidable austerity measures did not impress lawmakers.

“I still can’t understand why you would go after disabled children in your budget,” Rep. Barbara Lee, D-Oakland, told the secretary. “It’s appalling.” Republican legislators offered similar rebukes from Sacramento to Washington. Sen. Roy Blunt, R-Mo., who not only led the U.S. delegation to this month’s Special Olympics Summer World Games in Abu Dhabi but also chairs the subcommittee that oversees education spending, said in a statement the day before Trump’s somersault that “our Department of Education appropriations bill will not cut funding for the program.”

The administration’s budgets have indeed been largely ignored by Congress. But from a president who once infamously mocked a journalist’s disability, the campaign to defund the Special Olympics was a particularly disturbing statement of values.

This commentary is from The Chronicle’s editorial board. We invite you to express your views in a letter to the editor. Please submit your letter via our online form: SFChronicle.com/letters.