Thank you, climate strikers. Your action matters and your power will be felt

Nothing is possible without action, and almost anything is when we rise up together, as you are today

I want to say to all the climate strikers today: thank you so much for being unreasonable. That is, if reasonable means playing by the rules, and the rules are presumed to be guidelines for what is and is not possible, then you may be told that what you are asking for is impossible or unreasonable. Don’t listen. Don’t stop. Don’t let your dreams shrink by one inch. Don’t forget that this might be the day and the pivotal year when you rewrite what is possible. 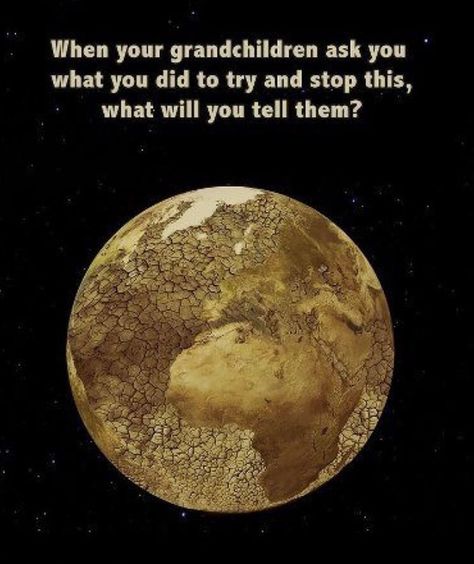 What climate activists are asking for is a profound change in all our energy systems, for leaving fossil fuel in the ground, for taking action adequate to the planet-scale crisis of climate change. And the rules we are so often reminded of by those who aren’t ready for change are not the real rules. Because one day last summer a 15-year-old girl sat down to stage a one-person climate strike, and a lot of adults would like to tell you that the rules say a 15-year-old girl cannot come out of nowhere, alone, and change the world.

They will tell you the rules are that those we see in the news and the parliaments and boardrooms hold all the power and you must be nice to them and perhaps they will give you crumbs, or the time of day, or just a door slammed in your face. They will tell you that things can only change in tiny increments by predictable means. They’re wrong. Sometimes you don’t have to ask for permission or for anything because you hold the power and you yourselves decide which way the door swings. Nothing is possible without action; almost anything is when we rise up together, as you are doing today.

I am writing you in gratitude and enthusiasm as someone who has lived for almost six decades, which has been time enough to see extraordinary change. To see what had been declared impossible happen over and over again. To see regimes topple when ordinary people rise up in nonviolent direct action. To see dramatic expansions of rights in both law and imagination. To see what were once radical new ideas about gender and sexual orientation and race, about justice and equality, about nature and ecology become ordinary accepted ideas – and then to see people forget how our minds were changed, and how much that process matters too.

The world I was born into no longer exists. The role of women has changed extraordinarily since then, largely for the better. The entire Soviet empire collapsed suddenly 30 years ago, a few years after the east bloc of communist countries liberated themselves through the actions of people who were themselves supposed to be powerless to topple regimes backed by great militaries and secret police. I saw apartheid fall in South Africa, and a prisoner doing life become its president. I was born into a world where to be gay or lesbian or trans was criminalized, and I watched those laws and attitudes be change in states, in my country, the US, and in many countries.

I saw wind and solar power go from awkward, ineffectual, expensive technologies only 20 years ago to become the means through which we can leave the age of fossil fuel behind. I have seen a language to recognize the Earth’s environmental systems arise in my lifetime, a language that can describe how everything is connected, and everything has consequences. Through studying what science teaches us about nature and what history teaches us about social forces I have come to see how beautiful and how powerful are the threads that connect us. Here’s one. Who did Greta Thunberg describe as a key influence on her actions? Rosa Parks.

That a black woman born in Tuskegee, Alabama, in 1913 would influence a white girl born in Sweden 90 years later to take direct action about climate change is a reminder that everything is connected and your actions matter even when the results aren’t immediate or obvious. The way Rosa Parks broke the rules and lived according to her ideals still matters, still has power, still has influence beyond what she could have imagined, beyond her lifetime, beyond her continent, beyond her particular area of activism.

The rules are the rules of the obvious, the easy assumptions that we know who holds power, we know how change happens, we know what is possible. But the real lesson of history is that change often comes in unpredictable ways, power can suddenly be in the hands of those who appear out of what seems to the rest of us like nowhere. I did not see Thunberg coming, or the Sunrise Movement or Extinction Rebellion or Zero Hour.

When I went to Standing Rock I never dreamed this indigenous-led uprising against an oil pipeline would inspire Alexandria Ocasio-Cortez to run for office. Nor that she would go on to win a victory that broke all the rules and become the great spokesperson for a Green New Deal. I didn’t dream it, but I knew that something powerful, magical, alive with possibility was happening. That’s why I wasn’t surprised when it did, and why I don’t assume we have seen all of what that gathering in 2016 achieved, either. It is not over, any more than Rosa Parks’s impact is over. Good work matters. Acting on your ideals matters. How it matters is not always immediate or obvious.

Today you are standing up for people not yet born, and those ghostly billions are with you too

What I see all around me is what I call climate momentum: people from New Zealand to Norway stepping up their response to climate change. I see pipeline blockades in Canada and the US, I see investors backing off from fracking and coal, I see universities and pension funds divesting from fossil fuel, I see solar farms and wind turbines going in all over the world and engineers working to make the technologies better, I see lawsuits against oil companies and coal companies, I see politicians, newspaper editorialists, businesspeople and others who have power under the usual rules getting on board in a way they never have before. There is so much happening, in so many ways, to respond to the biggest disaster our species has ever faced.

It is not yet enough, but it is a sign that more and more are facing the catastrophe and are doing something about it. I don’t know what will happen, because what will happen is what we make happen. That is why there’s a global climate strike today. This is why I’ve started saying, Don’t ask what will happen. Be what happens. Today, you are what is happening. Today, your power will be felt. Today, your action matters. Today in your individual action you may stand with a few people or with hundreds, but you stand with billions around the world. Today you are standing up for people not yet born, and those ghostly billions are with you too. Today you are the force of possibility that runs through the present like a river through the desert.