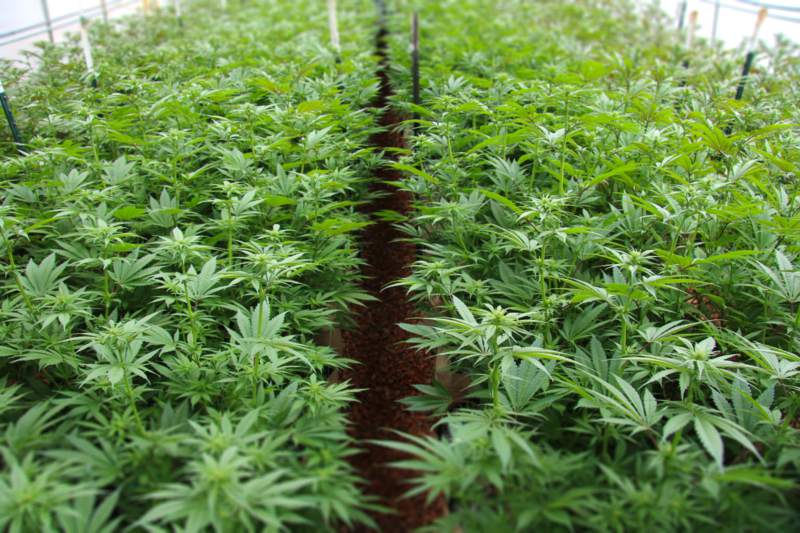 A large cannabis-growing farm planned for west of Petaluma got a green light from Sonoma County zoning officials.

Despite vigorous opposition from neighbors, Petaluma Hills Farm’s proposal to cultivate 1 acre of marijuana on a rural property at 334 Purvine Road that used to be a chicken ranch was unanimously approved Thursday night by the county Board of Zoning Adjustments.

It’s the first large cannabis operation county officials have approved since they started taking applications two years ago for such pot operations. The single- acre tract designated for the cannabis farm — the largest allowed by the county — sits on a 37-acre property with other agriculture operations and a single-family home.

Opponents of the pot farm say it will cause a strong odor in a rural community west of Petaluma, and could bring crime and security concerns. Despite the zoning board’s approval, the battle is not over yet. Opponents have 10 days to appeal the board’s decision, which would force county supervisors to make the final ruling on the proposal.

“I hope they understand that through this decision the county has spoken and we are good operators,” said Sam Magruder, one of the owners of Petaluma Hills Farm and chief operating officer of the cannabis business. “We’re happy to see a unanimous vote. I think that’s a good bellwether for the cannabis industry in Sonoma County.”

Supporters of the pot-growing operation say the location already is home to other ag businesses, with dairy and duck farms that produce strong odors. During a six-hour zoning board meeting Thursday night that at times was contentious, they showed the board a letter written by Sonoma County Sheriff Mark Essick commending the farm’s security plan.

“I have to admit that I was impressed with the amount of deliberate planning and attention to detail that Mr. Magruder had put into his operational security plan,” Essick wrote. “I understand that for some, cannabis operations in Sonoma County continues to raise local opposition, however after reviewing Petaluma Hills Farm security plan, I do not have any objections to their proposal from a security/public safety point of view.”

“I don’t think you’re going to see an influx of permits tomorrow or anything, but I think it is a step forward,” Wall said. “Honestly I wasn’t 100 percent sure what to expect going in to the meeting, but I was very satisfied with the vote.”

Since the west Petaluma cannabis farm was first proposed 22 months ago, it has faced persistent opposition from neighbors and cannabis opponents around the county, who formed the group “No Pot on Purvine.” The group has sued the farm’s operators in an attempt to stop their planned large growing operation.

Autymn Condit, whose family lives on Purvine Road near the farm, said increased traffic has disrupted her family’s lives.

“The last year has been absolute hell,” she said.

Britt Jensen, who lives next to the farm, objected to the cannabis business in a residential area.

“I’m not against cannabis, but I have to say in my heart I feel it’s wrong that the ordinance has allowed a commercial cannabis property next to my house,” she said.

Not everyone who lives near the pot farm opposes it. Helena Martin, who lives on Spring Hill Road where it intersects with Purvine, said she frequently sees illegal drug dealers in the area who create a much greater security risk than a legal cannabis farm would.

“As far as smell, … people don’t picnic on Purvine Road because between the duck farm and the cows, there’s a lot of smell,” she said.

Outside of warehouses, the county limits marijuana farms to one acre.

Currently, county officials have approved outdoor cannabis cultivation on about 20 acres. A little more than 15 acres is land where marijuana farmers have been given temporary permission to operate through a program called “penalty relief,” created to encourage existing growers to legitimize their operations.

The remaining 5 acres are occupied by 26 small pot farms, each no larger than 10,000 square feet. Each was given approval through the county’s agricultural department in a simpler process that did not require a public hearing, said Tim Ricard, the county’s cannabis program manager.

Staff Writer Julie Johnson contributed to this report. You can reach Staff Writer Andrew Beale at 707-521-5205 or andrew.beale@pressdemocrat.com. On Twitter @iambeale.