The Arlene Francis Center presents the documentary film “The Longest Straw”, followed by a panel with the director of the film, Samantha Bode, as well as some local water experts: 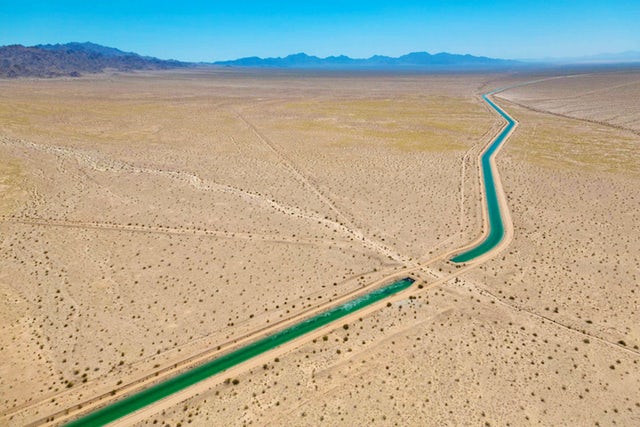 In the feature-length documentary The Longest Straw, Samantha Bode (director) spends 65 days backpacking the 338 mile path of the Los Angeles Aqueducts and Mono Extension during one of the worst droughts in California history. As she walks, she speaks with community leaders and residents of Los Angeles and those who live along the aqueduct to gain a deeper understanding of how water importation affects ecologies, economies, and societies where the water is being drawn from.

With Samantha’s inquisitive perspective as a window into this controversial topic, we learn much about the experience of diverse groups such as the Paiute-Shoshone people, cattle ranchers, ecologists, hikers, residents, and the Los Angeles Department of Water and Power.

Brock Dolman co-founded the Sowing Circle, LLC Intentional Community & Occidental Arts and Ecology Center in 1994 ( www.oaec.org ), where he continues to reside and act as a Co-Director of OAEC’s Permaculture/Resilient Community Design Program, Wildlands Program and the WATER Institute in Sonoma County, California. Since 1995 he has co-taught over 60 Permaculture Design Certificate Courses in the USA and internationally. Over the past two decades he has worked as a watershed restoration ecologist and permaculture designer/educator/consultant internationally in Mexico, Costa Rica, Ecuador, U.S. Virgin Islands, Spain, Brazil, China/Tibet, Canada, Zimbabwe, Democratic Republic of Congo, Cuba, Haiti, Malaysia, Nicaragua and widely in the U.S.A. He has been featured in the award winning films: The 11th Hour by Leonardo DiCaprio ; The Call of Life by Species Alliance; and Permaculture: A Quiet Revolution by Vanessa Shultz ; Russian River: All Rivers. Brock graduated in 1992 with honors from the University of California Santa Cruz in Agro-Ecology and Conservation Biology.
David Keller brings his love for social and environmental justice, public engagement and political activism to his work. He is currently the Bay Area Director for Friends of the Eel River, working on dam removal, salmonid fisheries and watershed restoration, resolving inter-basin water transfer conflicts, and helping to transform the defunct North Coast Railroad’s rail line to the Great Redwood Trail. He’s been a Board member of Sonoma County Conservation Action, and the founder of the Petaluma River Council. He has also recently joined the board of directors of the Planning and Conservation League.
David was an elected member of the Petaluma City Council, pioneering the first adoption of form-based building codes (Smart Codes) for downtown redevelopment. He led the defeat of the first full privatization of a municipal wastewater treatment plant, resulting in a city-owned, created wetlands treatment facility instead. He advocated for ratepayer protections during the formation of an early community choice aggregation (SCP).
He is a manufacturer of specialized woodworking tools (the Keller Dovetail System), and was a furniture maker and carpenter. He holds a BA in Psychology and Sociology, cum laude, from the City College of New York, and did his graduate studies in Social Psychology at the University of Michigan.
Kerry Fugett was born and raised in Sebastopol, Kerry graduated from UC San Diego with a BS in Physiology and Neuroscience. She spent time as a field biologist researching the impacts of development on wildlife in Equatorial Guinea and Ecuador. She then spent time developing a Social Responsibility program at an IT firm in San Francisco where she consulted on Salesforce. Returning to Petaluma, she served as Executive Director of Sonoma County Conservation Action, an environmental policy and advocacy organization. She now works at Daily Acts, where she manages the Leadership Institute for Just and Resilient Communities program, focused on empowering and connecting leaders to build the tools and practices needed to co-create a healthy, just and resilient future.