“The study found traces of arsenic, hexavalent chromium, and disinfection byproducts in the water systems. All of these contaminants are regulated federally and on a state level. Trace amounts of some are legally allowed in the water.

Drinking California tap water over the course of a lifetime could increase the risk of cancer, according to a study published on Tuesday.

Researchers with the Environmental Working Group, an advocacy non-profit, studied the combined health impacts of contaminants found in 2,737 community water systems throughout California and calculated that prolonged consumption of the contaminated water could cause almost 15,500 new cases of cancer.

The study found traces of arsenic, hexavalent chromium, and disinfection byproducts in the water systems. All of these contaminants are regulated federally and on a state level. Trace amounts of some are legally allowed in the water. 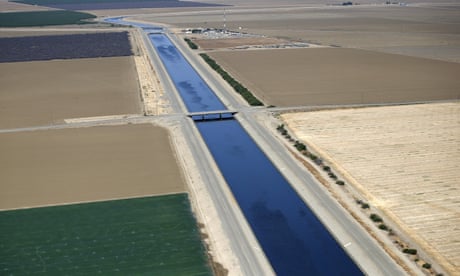 “We have found that the majority of that risk was below the federal legal standard,” she told the Guardian. “These cumulative risks are based on health-based standards, not legally enforceable levels. So although the drinking water may get a passing grade, there still may be some health risks associated with it.”

The California environmental protection agency said it was reviewing the study. “Assessing the cumulative risks from multiple contaminants is very complicated and there is no general consensus on the best way to do it,” said Sam Delson, a spokesman with the state office of environmental health hazard assessment.

Stoiber and the other researchers looked at the reported contaminant levels from 2011 to 2015 and added together the averages of all reported contaminants to determine the cumulative risk – a tactic common when it comes to air pollutants, but rarely done when it comes to water, said Ashok Gadgil, a University of California, Berkeley civil and environmental engineering professor who was not involved in the study.

“This is a very interesting and important way to bring the same methodology to water as we developed for air pollutants,” Gadgil said. “They’re opening up a new way for us to understand.”

The researchers believe their cancer risk estimate may be conservative because the mixtures of contaminants may be more toxic than the sum of individual pollutants.

While the study does not map out specific regions or water systems affected by contaminants, Stoiber pointed out that the cumulative effects were a “huge” issue in many smaller water systems in the state. In communities with fewer than 1,000 people, arsenic was the biggest factor in increased cancer risk, she added.

“Drinking water standards haven’t kept pace with science, and drinking water treatment is expensive,” she said. “But we can always do better.”