Legal liability, insurance companies don’t want the hit:  “Were that not enough bad news for the agro-chemical giant, insurers are starting to recognize the actuarial downsides of underwriting businesses that traffic in glyphosate products. In light of the spate of litigation against Bayer for its glyphosate products, insurers are beginning to bail on such businesses. In March 2019, Harrell’s, a major retailer that sells pesticides and other related products, announced it would stop selling glyphosate products because it could not find an insurer to underwrite the company if it kept those items in its product inventory.”

University of California Suspends Use of Weed Killer, Glyphosate, as Bans Mount Across the U.S. 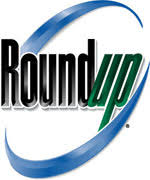 (Beyond Pesticides, May 24, 2019) University of California (UC) President Janet Napolitano announced, on May 15, a temporary ban on the use of glyphosate on all of UC’s 10 campuses. Set to begin on June 1, the ban will affect the more than 200,000 students in the UC system, and countless other staff, faculty, and visitors to the campuses. In announcing the ban, the university cited “concerns about possible human health and ecological hazards, as well potential legal and reputational risks associated with this category of herbicides.” (There are exceptions to the temporary suspension, such as uses for “agricultural operations, fuel-loaded management programs to reduce wildfire risk, native habitat preservation or restoration activities and research that requires glyphosate-based herbicides.”) The UC ban is the latest in a snowball-turning-avalanche of actions and decisions on glyphosate — the active ingredient in the Monsanto (now owned by Bayer AG) products Roundup and Ranger, and in many other herbicides.

The suspension of glyphosate use at UC comes in large part as a result of the campaign, Herbicide-Free UC — which began as Herbicide-Free Cal, founded by student-athletes Mackenzie Feldman and Bridget Gustafson. The students became active on pesticides issues when they discovered that herbicides were in use around the volleyball court on which they and other athletes spent countless hours. Begun when the women were juniors at UC Berkeley, the Herbicide-Free UC group worked with campus staff to enact a pilot program, on multiple parcels on the campus, that used chemical-free, mechanical practices for weed management. Ms. Feldman’s advocacy included getting a university Regent interested in the issue.

After she attended the first, bellwether trial related to glyphosate — DeWayne Johnson v. Monsanto Company — Ms. Feldman said she realized that she “needed to expand this campaign beyond Berkeley. This work is too important not to do. If I can prevent even one groundskeeper from getting cancer . . . then I must.” Prior to the announcement of the UC ban, Ms. Feldman had commented, “It would be irresponsible for the University of California to not take action at this point, especially after three separate juries in the state of California have decided that Monsanto’s glyphosate-based herbicides cause cancer.”

Chair of the UC Davis student government’s Environmental Policy and Planning Commission, Alice Beittel, said, “It’s crazy to expose students, faculty and staff — especially groundskeepers — to a host of toxic weed killers. This is a step in the right direction, but there is more work to be done to make all UC campuses herbicide-free. Many UC campuses still use herbicides listed under Proposition 65 that are known to cause cancer, birth defects, and reproductive harm.”

Herbicide-Free UC weighed in, saying, “There are many alternatives to harmful pesticide and herbicide use. There are, of course, some costs associated with adopting organic practices. Yet, when faced with the alternatives of legal liability, and the human cost of harming members of the UC community with these practices, we think the costs of maintaining our current policies far outweigh the costs of switching to organic land management practices. We will keep working with the University of California to transition each campus to all-organic land management practices.”

Glad of the UC decision, but nevertheless looking to the next step, Ms. Feldman said, “Dang, we did it,” and “We’re getting a lot of people to email the president and tell her that it’s not enough.” She added, “We are encouraged that the UC President and Regents have made the decision to stop using glyphosate on UC campuses, but there is no need to wait for more research to make the ban permanent. The science is in — glyphosate is a probable carcinogen and suspected endocrine disruptor that doesn’t belong on campus.” In personal communication with the Executive Director of Beyond Pesticides, she added, “We want to ban all Prop 65 chemicals and have the UCs commit to transition to organic on all campuses.”

Beyond Pesticides welcomes the news of the UC ban, and shared it via Twitter, but of course, advocates for ending the use of the compound, and of all toxic pesticides, herbicides, fungicides, et al., and a transition to organic land management. Other science, public health, and/or environmental advocacy groups concur.

The “snowball-turning-avalanche” has picked up momentum from developments in a variety of corners. Beyond Pesticides has covered many, if not most, of such developments, which include legal decisions (see below), research demonstrating the dangers of glyphosate exposure (including epigenetic impacts, carcinogenicity, and other disease risks), the work of public and environmental health advocates, and efforts by localities to rein in or ban use of glyphosate herbicides.

A recent example includes the late March moratorium on the use of glyphosate-based herbicides issued by the Los Angeles County Board of Supervisors. Coincidentally, the board announced this step — which cited the need for public health and environmental professionals to determine whether the compound is safe for use, and to explore alternative methods for vegetation management — on the same day that the Hardeman decision (see below) came down.

On the legal front have emerged three recent and highly publicized court cases. In addition to the August 2018 landmark decision for the plaintiff in DeWayne Johnson v. Monsanto Company — which case resulted in awards of $39 million in compensation and $250 million in punitive damages, though a higher-court judge later reduced the punitive award to $39 million — glyphosate has experienced two subsequent defeats in the courts.

In April 2019, a case brought in the District Court for the Northern District of California (in San Francisco), Hardeman v. Monsanto, was decided for the plaintiff, who had developed Non-Hodgkin’s Lymphoma (NHL) after 25 years of exposure to Roundup. The jury found that Roundup’s design was defective, the product lacked sufficient cancer warnings, and the manufacturer (Monsanto) had been negligent, awarding the plaintiff $5.3 million in compensation and an additional $75 million in punitive damages.

In mid-May 2019, the Pilliod v. Monsanto case was decided for the plaintiffs, a couple in their seventies who had used Roundup for decades. Four years apart, each of them was diagnosed with NHL; awards to the plaintiffs in the case amounted to $2.055 billion. Notably, the jury, in a California state court in Alameda, made its decision on the basis of evidence of both glyphosate’s carcinogenicity and Monsanto’s role in suppressing and discrediting independent findings on Roundup’s toxicity.

These legal decisions have additional impacts, apart from those on plaintiffs, the hit to glyphosate’s acceptance as safe, and Bayer’s reputation. These decisions are costing the company significant amounts of money in the literal damages mandated, and potentially, in future product sales. The total amount for which Bayer is on the hook — for just those three cases — is $2,213,300,000. The company is also enduring other fiscal headwinds. Since the acquisition of Monsanto in June 2018, shareholder concerns about litigation — because approximately 13,000 glyphosate cases are pending — have caused Bayer’s value to drop by more than 40{5fc40a96f14c4a6aa4c2a32569b0a57dcc67c0b31eb04c341474283f11b6cdd2}.

Were that not enough bad news for the agro-chemical giant, insurers are starting to recognize the actuarial downsides of underwriting businesses that traffic in glyphosate products. In light of the spate of litigation against Bayer for its glyphosate products, insurers are beginning to bail on such businesses. In March 2019, Harrell’s, a major retailer that sells pesticides and other related products, announced it would stop selling glyphosate products because it could not find an insurer to underwrite the company if it kept those items in its product inventory.

The May 21 appearance, in The Washington Post and The Wall Street Journal, of a full-page advertisement attempting to counter the shifting view of glyphosate may be evidence of Bayer’s increasing distress in the face of myriad challenges to that line of its products. The ad includes a lead-in saying, “Tested for 40 years. Approved for 40 years. Used safely for 40 years.” It goes on to assure the public that it is “deeply committed to the safe use of our products, to the communities where they are used and to our planet” — a sentiment that is belied by the findings of a plethora of research scientists.

As emerging science continues to underscore established findings on the dangers of glyphosate, the urgency of the need to shift to organic agriculture and land management approaches grows. Developments continue to unfold across sectors — legal, business insurance and commercial, scientific, et al. — in the trajectory toward the elimination of the use of the chemical. The UC suspension is an encouraging step on the way to a permanent ban on the UC campus (and all campuses), as well as more broadly. Beyond Pesticides is hopeful that the “tipping point” on glyphosate is not too far off, and advocates for a ban on the toxic compound and a rapid transition to organic agricultural practices that do not threaten human health, the food supply, and ecological systems that are the bases of life on the planet.