“But that choice came to “no one’s surprise,” according to Adam Kolton, executive director of Alaska Wilderness League, who said the Trump administration was “not even pretending that this is about restraint or meaningful protection.”

“With an eye on developing the entirety of the fragile coastal plain,” Kolton continued, “the administration has been riding roughshod over science, silencing dissent, and shutting out entire Indigenous communities.”

‘We Will Not Give Up,’ Say Indigenous Groups, as Trump Admin Gets Closer to Fossil Fuel Pillage of Arctic Refuge | Common Dreams News

Caribou graze on the coastal plain of the Arctic National Wildlife Refuge, with the Brooks Range as a backdrop. (Photo: USFWS)

Indigenous leaders vowed Thursday to protect their Alaskan lands from fossil fuel exploitation after the Trump administration moved closer to allowing drilling along the coastal plain of the Arctic National Wildlife Refuge—a move the House just tried to block.

“The Gwich’in are protectors,” said Bernadette Demientieff, executive director of the Gwich’in Steering Committee, “and we will not give up.”

The pledge from the Gwich’in—who call the coastal plain “the sacred place where life begins”—came in response to the Final Environmental Impact Statement (FEIS) for oil and gas leasing, which was released Thursday by the Bureau of Land Management.

The announcement, said Interior Secretary David Bernhardt in a press statement, represents “a big step to carry out the clear mandate we

received from Congress to develop and implement a leasing program for the coastal plain,” referring to Sen. Lisa Murkowski’s (R-Alaska) provision in the “tax scam” of 2017 requiring the sales for drilling rights in the area. Bernhardt is a former fossil fuel lobbyist.

In the new analysis, the administration, as The Washington Post reported, chose “the most aggressive development option for an area long closed to drilling.”

But that choice came to “no one’s surprise,” according to Adam Kolton, executive director of Alaska Wilderness League, who said the Trump administration was “not even pretending that this is about restraint or meaningful protection.”

“With an eye on developing the entirety of the fragile coastal plain,” Kolton continued, “the administration has been riding roughshod over science, silencing dissent, and shutting out entire Indigenous communities.”

Demientieff, whose community has highlighted the potential catastrophe the exploitation could unleash on the calving and nursery grounds for the Porcupine caribou herd, also criticized the FEIS for disrespecting “the Gwich’in Nation and all people in the Arctic and world who suffer the impacts of climate change and nonstop exploitation, while formally scratching the backs of those who seek to desecrate land and dishonor human rights to fill their pockets.”

The FEIS, as The Hill noted, is “one of the final steps before leases can be sold,” as bidding may begin after 30 days.

The timing of the release of the environmental impact statement also raised the eyebrows of Kolton, who noted that it came “literally hours” after the Democratic-controlled House voted 225-193 to block the mandate for the ANWR drilling.

Passage of that bill was welcomed by its author, by Rep. Jared Huffman (D-Calif.), who said the measure “reflects a very simple proposition: there are some places too wild, too important, too unique to be spoiled by oil and gas development.”

Huffman praised lawmakers voting in favor of the measure for “protecting not just the beating biological heart of the largest wildlife refuge in the United States, but the Indigenous people who depend on this sacred, natural landscape.”

The vote was also celebrated by Indigenous and environmental groups.

Alex Taurel, head of League of Conservation Voters’ Conservation Program, called the vote “a resounding victory for the Gwich’in people, their sacred traditions, and the invaluable wildlife of the majestic Arctic National Wildlife Refuge.”

“The majority of people in the U.S. oppose oil and gas drilling in the Arctic Refuge—we will continue to stand up against special interest big polluters as long as it takes,” said Taurel, urging the Senate to follow suit.

Democartic senators including Ed Markey (Mass.) and Michael Bennet (Colo.) took to social media this week to ramp support for their legislation to block the ANWR drilling—though its fate is likely doomed in the Republican-controlled chamber.

“We can’t let the Arctic Refuge, one of the last pristine wildernesses in America, be permanently destroyed by oil and gas drilling. That’s why today, we’re intro’ing the Arctic Refuge Protection Act to designate this delicate region as wilderness and prevent all future drilling.” 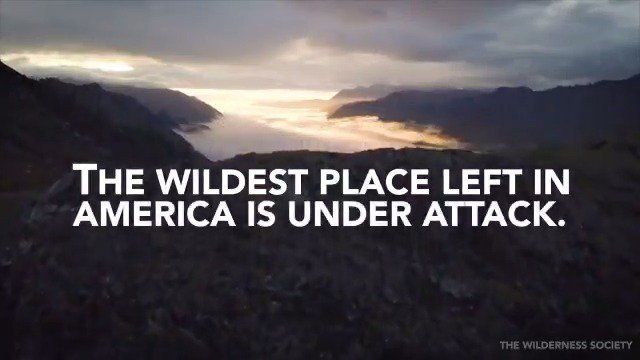 9:29 AM – Sep 11, 2019
Common Dreams: Our work is licensed under a Creative Commons Attribution-Share Alike 3.0 License. Feel free to republish and share widely.