October 9, 2019, Washington, D.C.– A pending climate accountability case made legal history yesterday when it became the first case of its kind to return to state court. EarthRights International, the Niskanen Center, and Denver attorney Kevin Hannon are representing Boulder County, San Miguel County, and the City of Boulder in a lawsuit against Exxon Mobil and Suncor for their roles in the climate crisis. About a dozen similar cases have been filed across the country, but the defendants have tried to move them to federal courts where they believe they will have an advantage; yesterday the Colorado case became the first to return to state court.

In September, federal judge William J. Martinez ruled that the case should proceed in Boulder County District Court. The defendants asked for a stay of this ruling while they appealed and, yesterday, Judge Martinez denied their request.

In response to this week’s development, Marco Simons, General Counsel for EarthRights, issued the following statement:

“This is another significant victory for our clients and communities in Colorado. Judge Martinez appropriately returned this case to state court without further delay. This sends a definitive message to oil companies like Exxon Mobil and Suncor that they cannot avoid justice in the local courts of the communities that their actions have harmed. We welcome this development as a critical step forward in alleviating the financial burden that climate change is imposing on communities in Colorado. It is not fair for those costs to fall on taxpayers, particularly when these corporations profited from contributing to the climate crisis. We look forward to representing these communities in court.”

Boulder County, San Miguel County, and the City of Boulder sued Suncor and Exxon in April of 2018 for the costs that they face due to climate harms. Colorado is one of the fastest-warming U.S. states, and these communities continue to experience problems associated with rising temperatures, including more frequent and destructive wildfires, droughts, and heatwaves; a reduced snowpack; degraded air quality; and more. Over the next three decades, these communities are expected to face costs reaching hundreds of millions of dollars or more to adapt to and mitigate the impacts of climate change.  A recent survey by the Yale Program on Climate Change and the Union of Concerned Scientists found that  57 percent of Americans agree that fossil fuel companies should pay for some portion of damages from global warming; in Denver, over 58 percent of adults agree with that idea. 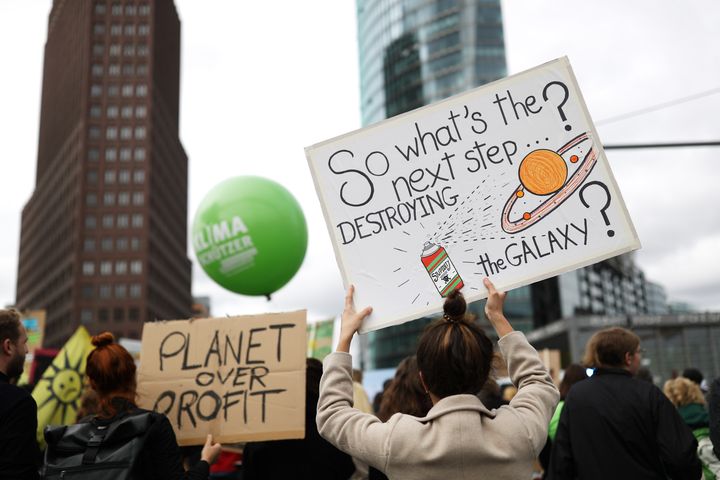 Three other federal judges have also ordered that climate accountability cases should return to state court. At the moment, those orders are all stayed. In a case brought by San Mateo County, California, the court stayed its ruling to allow the defendants to appeal. In cases brought by the City of Baltimore and the State of Rhode Island, the federal district courts and the courts of appeal have both denied stays, but the defendants have petitioned the U.S. Supreme Court for a stay; the Supreme Court has not yet ruled.

In the Colorado case, Boulder County v. Suncor, the oil companies will next be required to respond to the complaint, most likely in November or December.

We have exciting news to share with you! Our lawsuit on behalf of Boulder County, San Miguel County, and the City of Boulder is now the FIRST IN THE NATION to return to state court.

This is huge news! While our case is one of many across the country holding fossil fuel companies accountable for their roles in the climate crisis, it is the first one to move forward in state court. This is very important.

The defendants, ExxonMobil and Suncor Energy, have tried to move the case to federal courts where they believe they will have an advantage and be more likely to avoid accountability for the harm they have caused to the communities in Colorado. Climate cases by other cities and counties remain tied up in the federal courts at the moment.

We argued that the case must remain in Colorado state courts. Boulder County v Suncor is about local impacts, whose costs fall on taxpayers in Colorado, and local courts should be the ones to determine the outcome of this case.

You can read more about this victory here.

If you would like to support this case, and others like it, please consider making a gift to EarthRights here: https://earthrights.org/get-involved/donate/